Louder Than the Dark: Toward an Acoustics of Suffering – The Feminist Wire

Home / Culture / Louder Than the Dark: Toward an Acoustics of Suffering

Louder Than the Dark: Toward an Acoustics of Suffering

Can you hear a shadow?

The more enlightened, the deeper the shadows, but can the shadow enunciate the depth of its sorrow back to the world it is invariably bound to?

A silhouette is wheeled to the corner of a hallway, its face obscured. The nurse has demanded that she leave the hospital. Unbeknownst to the shadow, the police happen to be in the building at the same time and are asked to remove her from the premises. They drag her out of the wheelchair and handcuff her, leaving her slouched on the ground. A few more cops come and they cart her away to literally rot in a jail cell. 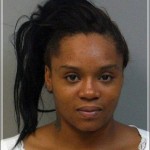 The shadow’s name is Anna Brown. She has also been named “the homeless lady,” as well as “the crackhead” or “drug sick” individual by the officers that arrested her. She went to the hospital after spraining her ankle, was arrested because she refused to leave due to continued pain, and was found dead on the prison floor because her sprain produced blood clots that lodged into her lungs. Due to medical malpractice and the police officers’ violence, Anna passed away alone on the floor of a prison cell. Yet, that last sentence was entirely too nice, for in truth Anna Brown was murdered. The hesitation to describe this as a “murder” is because that implies an event, a narrative, a “when,” “where,” and “who” (as in “who done it?”). Yet this was not an event with an acting subject; she was instead murdered by subjectivity itself: a series of incidents centered on her body, each reverberating off each other into an orchestra of death. Each proceeding was an echo of the one preceding it: waves of suffering reflecting off each action through time. Her death was caused by the incoherence of her voice, her calls for care, her screams of agony. Put another way, she was murdered by civil society’s inability-–and lack of desire-–to hear her being.

Discourse on race normally focuses on the material and the visual, but the video of Anna Brown’s death points us less to the images and more to the centrality of aurality to black suffering. The first part of the video is without audio, but this does not mean sound is absent per se. That the video lacks audio in the beginning says more than perhaps the soundtrack itself could, for it makes explicit the inaudibility of black suffering. We know that Anna Brown had expressed her lasting pain, in spite of the doctor’s opinion that she was fine. The hospital then ordered her to leave and she protested, saying that she was still in pain. She was forcibly wheeled to the hallway and eventually arrested by the police. Her vocal protests, critiques of inadequate service and expression of her persistent pain, fell on deaf ears. She spoke the knowledge of her body, but her voice was muted and over-dubbed by the knowledge of the professionals.

The violence that produces the subject (in this case, the doctor) robs Anna Brown of vocality, not so much literally as ontologically. Insofar as an object (a commodity, a slave) can speak, it cannot be said that it can communicate. At the etymological root of “communicate” is the logic of the commons or community: informing to participate in the world, sharing one’s utterance(s) to join the community. Communication, not even to imply anything as serious as the ethics of dialogue, requires an equal ontological status amongst the communicators. That several titles of the video online have called her the “homeless woman” evidences one singular truth (the desire to insult her notwithstanding): Anna Brown, as the descendent of slaves, has no home while the doctors are in their own dominion.

In a public lecture titled “People-of-Color-Blindness,” Jared Sexton describes an experience at a jazz club where the microphones go off, but the band continues to play. Even though the sociality between the band and the audience has been shut down, the band still plays on. Sexton uses this example to dramatize how even though the black is socially dead, that does not signify that black life is non-existent. Instead, our social death signifies that black life is sealed off from the world and happens elsewhere: “underground or in outer space.” In this way Anna speaks, but the microphone that would project her subjectivity to the world has been turned off. Her suffering has been rendered unreal while her voice is heard as incoherent and dangerous.

If Anna Brown’s suffering is inaudible, the second half of the video speaks to how her voice and pain are criminalized. When the police arrive, they surround Anna and then drag her out of the wheelchair, handcuff her, and leave her on the hospital floor. She is given two different charges: her protests for better service are charged as “trespassing” and her inability to walk due to her injury is charged as “resisting arrest.” When she is in the police car, the camera in the vehicle has a microphone. When they arrive at the prison, Anna continues to tell them she can’t walk and that she needs to be in a hospital. The police officers ignore her statements and instead oscillate between asking her “are you going to get out” and threatening her; “you have two seconds to [swing your legs out]…” Each implies that she can move her legs and she is choosing not to. As Saidiya Hartman writes in Scenes of Subjection, “the slave was recognized as a reasoning subject who possessed intent and rationality solely in the context of criminal liability.” Her suffering remains inaudible, but her voice can only be heard by the police as challenging the law, resisting arrest, disrespecting their authority; her voice can only be heard as a legitimizing force for their violence. As they drag her out of the car, she screams out in pain before the door is shut and her voice becomes muffled.

They carried Anna Brown to the cell and laid her body on the ground as if she were already a corpse; they even refused her the dignity of lying on the bed. As they stepped around her body and closed the cell door, the only sign she was still alive were her wordless screams. Her screams pierce through my speakers, haunting my mind but they seem to have no effect on the prison workers. She was clearly not the first screaming body they had carried into a cell, for they did not even take time to stop their chatter. There is no passion, intimacy, or perverse enjoyment, just a multicultural group of men doing their job. Anna’s death is not the “primal scene” that the beating of Aunt Hester (Frederick Douglass’s Aunt) was. These two black women’s screams are connected by the paradigm of anti-blackness, yet their screams terrify for different reasons. The beating of Aunt Hester is a spectacular example of the “blood-stained gate” of the slave’s subjection. While the circulation of the Anna Brown video has given me pause, her death is more an example of the “mundane and quotidian” terror that Hartman focuses on in her text. Brown’s death was a (non)event, concealed from the world by the walls of the prison cell. Without this video, only those on the inside would have heard her screams. Anna Brown didn’t simply pass away, she was killed, but who did it? Douglass’s Aunt Hester was beaten by Captain Anthony, a man who wanted her and was jealous of her relationship to another slave. Anna Brown was murdered by a disparate set of (non)events where her body shuttled between a hospital and a prison, doctors and nurses, police officers and prison officials. There is no one person who killed her; instead, a structure of violence murdered her. No intimacy, just cold efficiency. Her scream was less of a sorrow song than the sharp pitch of nu-bluez: an impossible scream to be heard from the depths of incarceration and incapacity.

Anna Brown’s death was neither an event nor a spectacle. An event signifies presence, but Anna’s death is an ethereal absence, a spirit’s wail fading away like one’s warm breath on a cold day. If the beating of Aunt Hester demands that one meditate on the spectacle of black suffering, Anna Brown’s screams call for us to think of the aurality of agony, the acoustics of suffering. What are the aural mechanisms that made it impossible for civil society to hear Anna Brown’s pain? What are the technologies that remix the tonalities of black people into criminalized speech? These thoughts on the acoustics of suffering are not to displace the visual for the aural, but instead to theorize how they form and invigorate each other. Put another way, anti-blackness is a structure where (black) skin speaks for itself and the body it encompasses, even when the black’s subjecthood is muted.

In the darkness of space, one cannot hear you scream. Focusing on acoustics can offer a different sharpening of the cutting edge, a modality that allows us to tune into the unimaginable frequency of black thought. If it is impossible to hear the black (aurality) and for the black to speak on its own terms (orality), then to be heard in this world, we would have to break the laws of physics–ontologically speaking. This is another way of saying that the acoustics of suffering forces us to think of the impossibilities of harmony and, perhaps, the terrifying beauty of cacophony. In this way, the enlightenment of the ignorant shadows would not be the key to the future, but instead the reverberation of our revolutionary racket that clangs through civil society. From the black hole of our subjectivity and into the screeching noise of this parasitic world, we scream that our lives, black life, matters until the final, paradigmatic quiet comes. 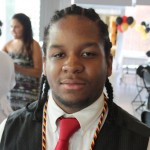 Nicholas Brady is an activist-scholar from Baltimore, Maryland. He is an executive board member of Leaders of a Beautiful Struggle, a community-based think tank focused on empowering youth in the political process. Through the organization, he has helped to produce policy and critical intervention papers, organize efforts in Baltimore against the prison industrial complex, lead educational forums on a myriad of community-oriented projects, and use debate as a critical pedagogical tool to activate the voices of young people from ages 10 to 25. He is a recent graduate of Johns Hopkins University with a bachelor’s degree in Philosophy and is currently a doctoral student in the University of California-Irvine Culture and Theory program.