It's Not The Load That Breaks You Down; It's The Way You Carry It – The Feminist Wire

Home / Academia / It's Not The Load That Breaks You Down; It's The Way You Carry It

It's Not The Load That Breaks You Down; It's The Way You Carry It

Five strong, consistent years as an adjunct professor. So what? So what you spend extra, unpaid hours assisting students who arrive needing far more than a semester in your class could ever provide. So what you need surgery to literally keep from bleeding to death from a condition that was exacerbated by all of the hustling you have to do just to stay afloat.

It gets tough. The greatest and most diligent of black women warriors we revere also got tired, struggled with hopelessness and the urge to surrender despite keen awareness about the necessity for self-preservation. Too busy fighting the good fight, it is possible and likely that vacations weren’t taken, key appointments were deferred and warning signs may have been missed, allowing cancers and other ailments to claim some of them at the height of their powers.

“I need you to thrive. Your work is too important.”

This simple, profound sentence in an email from a dear friend echoes in my head. I would say she has no idea how much I needed to read that, but she does. One of the reasons we are close is because of the ways we see and affirm each other constantly while telling each other the truth, lovingly. In a highly-competitive environment, it is a worthwhile commitment to nurture each other—to never forget that we weren’t initially welcomed, nor meant to thrive—especially when health-related issues arise.

Approximately five years ago, I developed fibroids—one of the most pervasive, rotten fruits of sacrifice that is rarely discussed but widely suffered. They gradually began to take over my body and well-being. For the last two years before surgery, severe anemia blanched my skin and stole oxygen from my organs, making breathing and everyday functioning very difficult. At its worst, I would have excruciating chest pain, become dizzy and blackout—a terrifying prospect navigating the city, especially the subway. Monthly, my home resembled a vicious crime scene. These fibroids were the culmination of “benign” neglect (until they began to wreak havoc), ballooning stress and pressures at work and dealing with the aftermath of a few regrettable personal decisions.

If one is brave enough to prioritize wellness after stepping over and around the internal landmines that often complicate that journey (i.e. denial, fear, esteem issues), the struggle for adequate care is its own Kilimanjaro. What should have been perhaps a six-month process at the most to diagnose and remove these vampires of the womb, ended up taking years—harrowing years that took a hefty toll in every realm of my life. Several doctors outright dismissed or minimized my symptoms, blamed my weight without ordering standard tests and took a “here’s some birth control and let’s monitor this” approach, despite every indication of an acute situation that was worsening with each cycle.

I found myself reasserting my humanity over and over again. So many times I’ve spoken in my best diction and name-dropped where I went to graduate school in clinics and hospitals; made sure to mention my parents’ concerns as they waited to hear the news in TN, letting them know I am a daughter, a sister—a patient worth taking seriously. Desperate after my second hospitalization for dangerously low hemoglobin, I took a gruesome picture of my scarlet, beet and plum-sized evidence-filled shower with my cellphone camera that finally shocked the ER internist into calling a specialist and advocating on my behalf.

Many of us believe we are strong enough to tolerate illness and stress and keep going. Who will do what needs to be done otherwise? Who will teach our children and young adults?  Who will take care of our elders?  Who will lead the church, give the keynote address, and govern the city? The doctors who refused to be proactive in my care plan apparently believed that I could keep going, regardless. And certain loved ones who blamed me, resented my worsening health and ultimately abandoned me, also agreed that I should keep going somehow. I started to feel like it was my fault and maybe I didn’t deserve help in resolving the problem. Beyond frustrated, I half-joked to a friend, “does my womb have to fall out first to get surgery?!” Outrageously, that was almost the case. After the third postponement of the myomectomy the doctors finally determined I needed, I began to hemorrhage badly during a professional conference. It led to a six-day hospitalization with as many blood transfusions to get me stabilized.  I was finally rushed into surgery.

Despite the support of my department, once the HR office of my college became aware of the situation, I was essentially fired and later rehired. This meant a sharp decrease in pay for the remainder of the semester, and cancellation of the puny health benefits I had, just as I began follow-up care. Prior to this medical emergency, I hadn’t been paid for all of my classes due to a paperwork error.  Focusing on recuperation was quite a challenge.  To say I was in dire straits is a vast understatement.

The microaggressions and invalidations inherent in low-status academic positions are notorious and well-documented. Not unlike the reaction to poverty in big cities, there is a mass desensitization that happens. To quote Run DMC, “it’s like that, and that’s the way it is.” As a result, most walk by and don’t even notice people sleeping on sidewalks anymore; they step around streams of piss without missing a beat. Many of us shake our heads and don’t say anything when we see each other in peril in these settings because fury, pity and sympathy are hard to sustain.  And, we choose silence as a tool of self-preservation, not wanting to end up in the same predicament (although Lorde pointed out it won’t protect us).

Great strides have been made, elevating the numbers of black women across every rank and position, which has been wonderful to witness. Ironically, the other side of increased numbers is increased apathy. It seems that some of us have stopped seeing each other and stopped seeing the need for solidarity now that it’s not an extreme novelty to encounter another black female academic in hallowed corridors. To quote Elizabeth Alexander, “many things are true at once.”  Some learn the ropes too well, and the critic never sleeps. Deconstruction is for theories, ideas, systems…not people. Why not show more compassion for colleagues traveling this peculiar journey, rather than contempt?

The sentiment is often you should know better, thus do and be better. No excuses. Crushed in the grip of a long-suffering martyr trope that won’t die, it is more than a notion for many of us to fully live. Like a bad relationship with a narcissist, shady institutional policies convey thanks for your dedication—but to hell with your concerns, support for your goals/advancement and desires, the most basic of your needs. This is the humiliating reality of the indentured servitude of the adjunct faculty experience, requiring so much for so little in return.

I can only imagine from the stories I’ve been told about what happens once one reaches the upper echelons of academia—the politics one must navigate and the pressures endured, especially as a black woman garnering respect while maintaining a strong sense of self in what is often a Darwinian culture. As I gain credentials and publications that allow me to move further into this world, I am so grateful to have sister-allies already there who readily help me finesse and brace for the new devils on each new level, so to speak.  It can’t be said enough that we are our own wealth, first and foremost.  By virtue of our own eyes and breath, we are seen and heard.  We need each other more than ever as academia and the rest of the planet slowly trudges toward progress.

Our individual and collective work is too important.  We must ensure that we thrive as models of wellness, not wither away as cautionary tales. We must honor our foremothers by actualizing and building upon the best of their mighty, courageous offerings, while heeding their missteps and warnings.  Since Hurston’s mule metaphor continues to haunt us, let us be stubborn and tenacious about our care— insisting on the best treatment in every realm of our lives.

I admit to being so overcome with anger and righteous indignation at appalling conditions and injustices that I made mistakes analogous to those who riot in their own neighborhoods; adopting detrimental coping mechanisms like not eating well, exercising regularly or getting enough rest, and turning to vices that hurt this precious body sorely needed to think, teach, act, write and love at full capacity.  Since the load isn’t lessening, we must remember as Lena Horne so eloquently stated, “It’s not the load that breaks you down, it’s the way you carry it.” Many black women intellectuals have carried their loads with much grace and continue to do so. And each day is a chance to forgive self and others, to be accountable and begin anew. 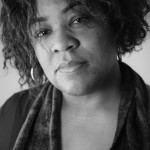 Kamilah Aisha Moon is the author of She Has A Name (Four Way Books, 2013). A recipient of fellowships to the Prague Summer Writing Institute, the Fine Arts Work Center in Provincetown, MA, the Vermont Studio Center and Cave Canem, her work has been featured in several journals and anthologies, including Harvard Review, jubilat, Sou’wester, Oxford American, Lumina and Villanelles. She has taught English and Creative Writing at Medgar Evers College, Drew University and Adelphi University. She has also led workshops for various arts-in-education organizations in diverse settings from schools to prisons. Moon received her MFA in Creative Writing from Sarah Lawrence College. http://www.kamilahaishamoon.org

Related ItemsAcademicsCultureRacewomen
← Previous Story Occupying Myself: Resisting the Colonial Voices Within and Accepting My Heaviness
Next Story → It is not worth the grief: A recovering work addict tries to model self-care