It is not worth the grief: A recovering work addict tries to model self-care – The Feminist Wire

Home / Academia / It is not worth the grief: A recovering work addict tries to model self-care

It is not worth the grief: A recovering work addict tries to model self-care

By Guest Contributor on November 1, 2012

I first dreamed of being a professor and writer in seventh grade after reading Breaking Bread: Insurgent Black Intellectual Life by bell hooks and Cornel West. Their brilliant minds reflected on the page made it safer to imagine a future where I wouldn’t be isolated for being the girl in the Bronx who talked like a white girl. I viewed academia as a sanctuary and refuge, not a battleground or plantation, but I was still just a girl then.

Later, when I read hooks’ Sisters of the Yam: Black Women and Self-Recovery and The Black Woman’s Health Book, edited by feminist scholar Evelyn C. White, I started to understand the concept of self-care and the many barriers to it in our culture for women, especially women of color. It did not seem likely as a young woman that the popular culture that supports modern caricatures of black womanhood like Mammy or Jezebel would truly support black women educators with boundaries.  Not that I am an expert on boundaries.

Not only is our culture used to the exploitation of black female labor, I am one of the black women who has perpetuated the notion that black women thrive on pressure, on caring for everyone but themselves, and love to be martyrs more than anything else. For four semesters, I worked as a part-time lecturer at the University of Texas at Austin, teaching introduction to journalism. I was thrilled to have the job, because I have been teaching journalism to students in one form or another since before I attended Vassar College in the late 1990s.

At the same time that I was teaching one class of about 15 students for two hours twice a week, I worked full time at the Austin American-Statesman newspaper. For a year, I also had an adjunct position at Austin Community College (ACC), working as a part-time reference librarian for four hours once a week.

I was either convinced or delusional enough to tell my therapist that work stood in for a loving relationship in my life. This is why I could not relate to this line from hooks, “One of the major tasks black women face as we work for emotional healing is to understand more fully what love is so that we do not imagine that love and abuse can be simultaneously present in our lives.”

Anyone who has worked in the newspaper industry in the past decade will tell you that it is akin to being in an abusive relationship. Not unlike academia, newsrooms are toxic, gossip-riddled and competitive, largely masculine spaces. The love or affirmation you receive is supposed to be a direct result of the work you put in, but we know that is not how things work for black women in any industry or profession.

I come from a poor family and I have been working since I was 14. I was not trying to set myself up to be the mule of the world as much I was trying to make sure that I could care for myself in a shrinking news industry, a rapidly changing information studies/library environment, and in academia, should I decide to pursue a Ph.D. I do not have children or a partner, so it seemed only natural to me to work around the clock.

It was a bad situation, self-sabotage–a way of refusing to engage life by distracting myself with mountains of 24/7 work. Very little love could get in, just the stuff that felt overwhelming, tiring and exhausting.

I basically subsisted on a few hours of sleep during the four semesters when I was teaching and publishing. I answered every e-mail and graded meticulously every single paper and PowerPoint presentation, all while producing a minimum of three stories and five blogs weekly at the paper—on top of freelance work. At work and after hours at home, I kept my inbox at zero, calling readers back, moderating comments and responding to sources. At ACC, I usually skipped dinner and had a bag of chips during my fifteen minute break so that I could mindfully and professionally attend to the needs of students there on Monday nights.

There was something really satisfying about it, I think, because I was used to abuse. I had no idea what to do with my feelings when I wasn’t working. My work addiction provided immediate gratification so that I was always accessible to anyone – student, editor, supervisor or reader.

A 2009 U.S. Department of Education survey revealed that adjuncts account for 75 percent of all faculty. According to the National Education Association, adjuncts “likely earn $19,200 a year (with a master’s degree).” I was making less than that from my part-time job. I made considerably more as a reporter. Freelancing and library work paid very little.

As Gloria Anzaldúa wrote in another context, “no vale la pena…it is not worth the grief.” Like my peers in academia who are full professors, I know what it means to be fully committed to the world in which we find ourselves. When I started teaching, I had the same porous boundaries with my students. I was answering emails and phone calls at all hours, regardless of what the syllabus said. For my 60+ hours per week, I was essentially paid the wage of an intern with no benefits, which is why it was useful to continue working at the paper.

My life was my work. Work was my life. I was always exhausted. I thought this was what it took to live the American dream, but I was not really living.

More than that, I was aware of the legacy of black women as servants providing unpaid labor in America and around the world. That legacy has created an embedded sense of entitlement to the work of black people, especially that of black women. This is why it is threatening when some of us decide we will not work ourselves to death, because it makes us appear uppity or whatever language is used now to describe black women who don’t stay in their “place.”

It took the deaths of my parents within two years of one another for me to understand that life was not solely about money and that it was not worth the stress – internalized and otherwise – for me to work for other people. Over the span of a year, I left all three jobs to start my own writing business.

It is more work than I have ever done, and I miss my students. But I needed a life that allowed me freedom to build support for my work and my life. Doing the work I truly love means staying alive to do it.

So I take digital Sabbaths for hours or days at a time. I meditate daily. I read the Bible and inspirational texts before I start my day. I run a few miles every week and try to eat well.

When Audre Lorde writes about self-preservation as an act of political warfare, I think this is what she means. Self-care for black women scholars is usually regarded as unimportant because it means that others will have to pick up the slack when we stop.

It also means we are women and human, and if no one will respect that, we owe it to ourselves to model the self-care we deserve. Alice Walker said it best in her 2006 collection of essays of the same name: We are the ones we have been waiting for. 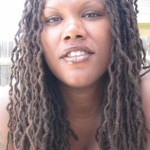 J. Victoria Sanders has been a writer and journalist for over fifteen years. Her writing has appeared in Bitch Magazine, The UTNE Reader, Publishers Weekly, the San Francisco Chronicle, the Dallas Morning News and The Root.  Her work has been widely anthologized and her publication credits include Homelands: Women’s Journeys Across Race, Place and Time, Quiet Storm: Voices of Young Black Poets and Madonna and Me. She just completed her first book, Single & Happy, which will be published in 2013. She is a Bronx native living in Austin, TX. She blogs at www.jvictoriasanders.com and at http://partyofones.com

Related ItemsAcademiaBlack WomenHealth
← Previous Story It's Not The Load That Breaks You Down; It's The Way You Carry It
Next Story → Out of the Shadows: A Conversation with Evelyn C. White