Bad Blood?: The Visibility and Invisibility of Violence in the Antagonism Between Native Americans and African Americans – The Feminist Wire

Home / History / Bad Blood?: The Visibility and Invisibility of Violence in the Antagonism Between Native Americans and African Americans

Bad Blood?: The Visibility and Invisibility of Violence in the Antagonism Between Native Americans and African Americans

By Tria Andrews and Olivia Chilcote

In Red, White, and Black: Cinema and the Structure of U.S. Antagonisms, Frank B. Wilderson III (2010) triangulates the ontological position of Native Americans with the White/Black binary. The “Settler/Master” according to Wilderson occupies the position of “life,” the “Slave” the position of “social death,” and the “Savage” the intermediary position of “half-life,” which is based on sovereignty, and “half-death,” which is based on genocide (p. 23). According to Wilderson (2010), a “Savage” film—that is, a film by a Native American director—chooses “life” by articulating itself in contradistinction to “death,” the ontological position of the “Slave” (p. 48-49). A recent YouTube video raises awareness about invisibilized violence between Native peoples and Black peoples. Blood (2012), created by Savage Media, a Native American student group at Dartmouth College, features a dialogue between a phenotypically White woman and a phenotypically Black woman.

In discussing the visibility and invisibility of violence, the question that often arises is, “Violence to whom”? One’s positionality shapes what forms of violence one is inclined to see or recognize. While violence may be invisible to the oppressor, the victim feels that violence acutely. In the visual realm, the individual is always objectified, a form of violence. People of color have historically been displayed for large audiences as the exotic, racialized Other (Huhndorf, 2001, p. 42), still another form of violence. Like Native scholar Shari Huhndorf (2009) in Mapping the Americas: The Politics of Contemporary Native Culture, we acknowledge the inability to fix the meaning of the visual (p. 72). As Native students ourselves, we engage with Blood because we respect the work that Savage Media is producing and that we hope they will continue to produce. While filmmakers will always be faced with the problem of audience interpretation, we believe films from a Native perspective are necessary and useful both in working to combat stereotypes and generating critical thinking. Therefore, several questions are central to this discussion: How might Blood be read as employing tactics of colonialism to make legible the violence against Native Americans? How might the film perpetuate a narrative of Native American savagery? And how might the film, while attempting to challenge the stereotypical phenotype of the Indian, also reinforce typecasts of what an Indian looks like? 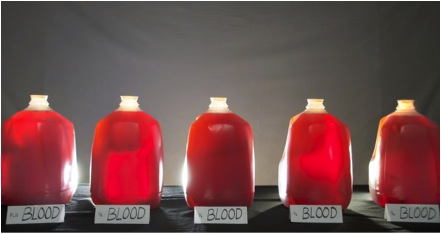 The 59-second YouTube video Blood conveys a host of historical, political, and cultural meanings in less than a minute. The video begins with a row of clear gallon-sized jugs filled to the brim with what appears to be blood. There are signs in front of each jug that read “Full BLOOD,” “1/2 BLOOD,” “1/4 BLOOD,” and so on. Already, within the first 4 seconds of footage, there is a commentary on the politics of Indian “blood,” identity, and race. The packaging of the blood in jugs illustrates the ways in which the government has sought to commodify the Native body through blood quantum requirements in order to justify the occupation of Native land and to diminish the Native population. Representing Native Americans as few in number through blood quantum policies and the visual image has historically provided the impetus for military conquest and seizure of land (Rickard, 1998, p. 63-64). In centering the Native body in the video, however, violences to African American bodies, which have also been commodified by similar policies, are invisibilized (Biolsi, 2004, p. 406).  In fact, based upon ignorance, the phenotypically African American character is aligned with the oppressor.  Pitting people of color—particularly African Americans and Native Americans— against one another is a frequently employed colonial tactic that functions to divert antagonism away from the oppressor (Andrews, 2011, p.13). The video also invisiblizes the possibilities of alliances between African Americans and Native Americans. This is particularly unfortunate because outside the context of Blood, we acknowledge that the two actors may likely be friends—perhaps even both Native—working in coalition with one another.

Following the still shot of the jugs filled with blood, the image cuts to a college library where two young females sit next to each other studying. One is fair-skinned with dark hair and phenotypically White, while the second woman is dark-skinned with dreadlocks and phenotypically Black. While taking a study break, the two have a short conversation:

Phenotypically Black woman: “Why would you do that?”

Phenotypically White woman: “Why wouldn’t I?

Phenotypically White woman: “Yeah, I am one.”

Indian? I mean, how much Indian blood do you even

Phenotypically White woman, who has now revealed herself as Native American, takes out a knife, cuts the palm of her hand, and holds it up revealing a bloody slash.

Native American woman: “I don’t know. You tell me.”

Renée Anne Cramer (2005), in Cash, Color, and Colonialism: The Politics of Tribal Acknowledgment, discusses how race has affected the Mowa Choctaws and their quest for federal recognition. The presence of African American ancestry has stirred public thoughts and opinions that the Mowa are not “real” Indians; therefore, they should not be able to access the privileges of federal acknowledgement—which establishes a trust relationship between tribes and the U.S. government resulting in a wide range of economic, health/well-being, land, and cultural integrity benefits. The mixing of Native Americans and African Americans, especially in the South, was very prevalent and the politics of hypodescent, also referred to as the “one drop rule,” come into play in this scenario. However, Cramer points out that the Poarch Band of Creek Indians have more Euro-American heritage than the Mowa, and this has enabled them to attain federal recognition. This favoritism by the U.S. government encourages tribes to adopt political strategies that exclude individuals who have African ancestry—encouraging conflict between underrepresented groups. There are fewer stigmas around Native people who look more White than Black, and this has profoundly impacted the racial politics of federal recognition processes. Finances again underlie these logics in terms of providing tribal access to federal resources. Additionally, as discussed by Tom Biolsi (2004) in “Race Technologies,” in the U.S. the intermarriage between White males and Native American females has been largely encouraged because such unions often resulted in further acquisition of Native land (p. 407).

In perhaps the most notorious case of Native American and African American racial mixing is the Cherokee Freedmen. Circe Sturm (2002), in her influential book Blood Politics, posits, “When Cherokee citizens conflate blood, color, race, and culture to demarcate their sociopolitical community, they often exclude multiracial individuals of Cherokee and African ancestry, who are treated in both discourse and practice in qualitatively different ways than multiracial individuals with Cherokee and white ancestry” (p. 169-170). The Freedmen are probably the most underrepresented Native group in North America and, as Sturm argues, “their story has never received the attention it deserves, in part because many people would prefer that it remained buried” (p. 169). Hypodescent has persisted as a relic of slavery and anti-African American sentiment in the United States. Classifying the offspring of an interracial couple, in this case Native American and African American, as solely African American has resulted in negative treatment that has been historically different from those children of Native and White couples in the United States more broadly, but also within the Cherokee Nation. The absence of Native peoples who are phenotypically African American in visuality is striking. A book that is published in the U.S. of Indigenous photographers and photographs from around the world—including Palestine—entitled Our People, Our Land, Our Images is a prime example of this visible gap (Passalacqua & Tsinhnahjinnie, 2006). There are no people pictured who are phenotypically African within its pages. 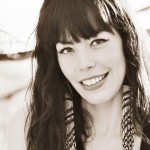 Tria Andrews is Cherokee, Irish, and Filipina and a third-year PhD student in Ethnic Studies at the University of California, Berkeley, where she has taught Native American and Asian American Studies. She is also a Ford Foundation Predoctoral Fellow and Fulbright Scholar. Her research examines culturally relevant forms of rehabilitation for Native American youths in juvenile detention centers located on tribal grounds. This work is informed by over five years of tutoring and teaching yoga to incarcerated adolescents. 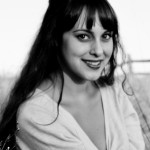 Olivia Chilcote is a Payómkowishum (Luiseño) Indian and member of the San Luis Rey Band of Luiseño Indians from northern San Diego County. She is a second-year PhD student in Ethnic Studies at the University of California, Berkeley, where she is currently a Eugene Cota-Robles Predoctoral Fellow. Her research explores the interconnections between Native Californian identity, Federal Indian law and policy, and Native perspectives of California history.