Islam can be fun! (Especially when dismantling interlocking oppressions and building just, sustainable, loving and laughing communities of resistance: Who knew!) 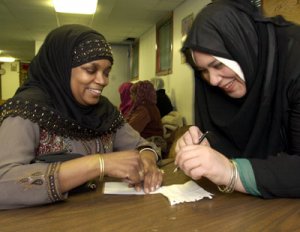 Today, I have been writing on Islam and disabilities, about building truly inclusive communities, about thinking “beyond the room.” In the process of doing that, I started thinking about two Muslim women HIV/AIDS activists, Dr. Sunni Rumsey Amatullah (whom I knew as Director of HIV Prevention Services at Iris House in New York City) and Dr. Rashidah Hassan Abdul-Khabeer, founder in 1985 of BEBASHI (Blacks Educating Blacks About Sexual Health Issues) and the Islamic Social Services Association of Philadelphia, Inc. Writing about these two extraordinary sisters fills my heart with joy, makes me smile, makes me happy that I am Muslim, and reminds me of the vibrant, subversive and revolutionary communities of resistance in which I am grounded. Reading and writing about greater inclusivity makes me happy! Remembering the Muslim sisters who are leaders in the struggle against HIV and aparthAIDS makes me happy! 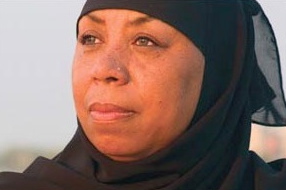 We had fun together, whether at conferences, eating Yemeni halal (halal foods = foods permissible for Muslims) on Atlantic Ave in Brooklyn, or organising a spontaneous Jummah prayer (Friday congregational prayer) during the lunch break in a HIV/AIDS conference. These are no-nonsense sisters who are plugged into the heart of Islam. Neither trying to out-quote each other and everyone else, nor obsessed with the purity of their pedigree; they are just doing the work and building the Ummah (the global community of Muslim believers). These incredibly brilliant and spiritually powerful women built community across lines in ways that other Muslim leaders would not and could not. They showed up in hijab at conferences, actions, demonstrations, candlelight prayer vigils sponsored by LGBTIQQ organisations, and created organisations for African-American and Latin@ communities. They didn’t care whether people were Muslim or not, queer or not, HIV+ or not: they just did the work to which they were called by their faith.

They worked in very non-hierarchical ways, building communities of resistance and discourse collectively. Sometimes we grieved together, went to funerals of our friends together, prepared bodies for burial, and challenged the prison-industrial complex (because you cannot talk about HIV in Muslim communities in the U.S. without taking into account the realities of the PIC). We were at conference after conference together, whispering conspiratorially to each other: “Did you pray your ‘Asr yet? Shall we go find a corner?” or, “Did you check out the food in the buffet? Do you think it’s halal?”

We had fun: being Muslim is fun. Who ever would have imagined that? When other friends would hang out with us, they would say, “I never knew there were such crazy, wild Muslims. And you all aren’t even drinking anything!”

They readily challenged male Muslim religious leaders with grace, clarity, firmness, humour and the most exquisite adab. It was these women who brought Muslim men into beginning to respond to the pandemic.  They knew that we did not have the luxury of not acting and quickly brought women’s HIV issues to the forefront of all conversations, for women’s HIV issues in particular forced us to deal with the complexities of this conversation. These women leaders taught others to see how HIV/AIDS could not be isolated from intersecting systems of oppression based on race, class, gender/gender expression, sexualities, access to healthcare, age, reproductive justice, housing, childcare, education, and so on. They pushed the conversation on HIV/AIDS in the prison-industrial complex. These women are organic public health experts: they bring it!

These U.S.-born Muslim women of African descent were amongst the very people first of any community (kweer, white, of colour, religious, secular, etc.) to shape caring responses to HIV/AIDS. They were doing this already in the 1980s, masha’allah.

These women founded HIV/AIDS organisations, established community support networks, and, as organic intellectuals, contributed to scholarship on sex, sexualities and HIV in communities of colour in ways that were accessible to all.

People were often astonished by them when they would hear them speak at conferences.  In a clear example of the intersections of racism, sexism and Islamophobia, other people often were shocked that they as Muslim women could and would speak in public (with piercingly critical analysis of the responses or lack thereof to HIV/AIDS).  They would be “surprised” that   as US-born women of African descent they were so “articulate(!).”  Many people listening to them did not expect to have their most dearly-held assumptions about women, Muslims, and HIV/AIDS so intensely challenged. Therefore, I would cop an attitude when people responded that they were unsettled and made uncomfortable by them. I would say, “What? You are surprised that Muslim women can speak in public?” or “Because she has a headcovering (or doesn’t) and is dressed a certain way, you didn’t expect her keynote to be so brilliant that you now have to re-think everything you thought you knew about HIV prevention and education?”

I honestly do not know where I would be were it not for these Muslim HIV/AIDS anti-AparthAIDS activists. They prayed deeply and strongly: there was nothing like getting in a corner and offering namaz (prayer) with them. They truly used their faith to counter oppressions and to build just and sustainable communities, saying to all: “Come, come: whoever you are!”

This is the expression of Islam that I know and love, the Islam bodied-forth and lived by these women.  Sometimes we get so lost in questions of “pure” Muslim identity and forget that this deen is a gift of pure love. Love that says, in the words of Mevlana Jelaluddin Rumi, “Come, come whoever you are.” It is so easy to forget this when we get caught up with who is “in” and who is “out.” Do you belong to the right group or not? Do you know the “good” Muslims or not?

I yearn to do what I am called to do, with the people who nurture and sustain that in love of the Oneness of all Being. Can there be marginalisation in the Ummah?

I’ve had moments where I have felt so marginalised and isolated that I forgot the kind of organic, locally-grown, non-structured, fluid sorts of community that I do have in the Ummah. I know I cannot go back to the past, but I can continue to build the kind of sustainable communities that do not alienate and exclude anyone from the Ummah. Come, Come: whoever you are!

Konya (the city in Turkey where Mevlana Jelaluddin Rumi lived, taught, and is buried) meets the ‘hood: These revolutionary sisters who live Islam in such a liberatory way, challenging all sorts of presumptions, who make things happen because they really do believe that when ar-Rahman (the Infinitely Merciful One:  one of the 99 Beautiful Names of Allah) says, “Be!,” things actually do come to be! These sisters are my inspiration and it is my joy, privilege and honour to share with everyone the role they have played in my life. There are thousands of people who are alive today who would be dead were it not for them. They do not call themselves dervishes, but they embody the spirit of Mevlana Jelaluddin Rumi in a way that I have never seen before. They teach by their lives: they counter oppressions and build just, sustainable and loving communities of joy and laughter and bold resistance to all oppression.

It is a journey and these holy sisters are guides and teachers for us all, masha’allah. They embody inclusivity. They are true reflections of the Ummah at its best, masha’allah.

I am so grateful that ar-Rahman let me have the experience of working, praying, eating, learning, crying and laughing with them. I honour them and pray for them daily, that ar-Rahman shower them with health and peace and oceans of blessings so infinite that they be showered with favors more numerous than all the drops of water in all the oceans of all the galaxies, universes and worlds. 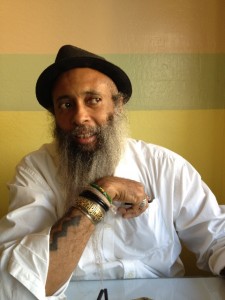 Author Bio: Prof Dr. Ibrahim Abdurrahman Farajajé is provost and professor of Cultural Studies and the study of Islam at the Starr King School (Berkeley, California) which is committed to counter-oppressive education in a multireligious context. A self-described “pro-womanist/mujerista green anarchist muslim”, he has pioneered work that helps faith communities of color shape compassionate responses to people of all genders and sexualities in the HIV/AIDS pandemic. His engagement in acts of civil disobedience around HIV/AIDS led to his being arrested and locked up for very brief periods. His approach to the study of Islam is grounded in postcolonial/Diaspora studies, cultural studies, intersectional theory, critical theory, gender theory/queer theory and digital media. He brings these hermeneutical tools to an investigation of the history of Islam and religious diversity, the study of the development of Islamophobia, questions of identity, gender/gender expression, sexualities and diversity in Muslim communities, thereby helping to create a field of feminist/womanist/mujerista islamic cultural studies.