The Politics of Celebrity, Social Media, and HIV/AIDS – The Feminist Wire

Home / Family / The Politics of Celebrity, Social Media, and HIV/AIDS

The Politics of Celebrity, Social Media, and HIV/AIDS 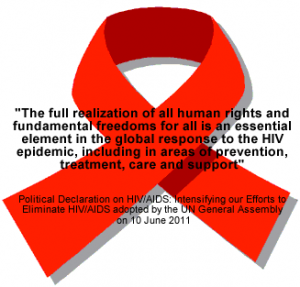 In the last few years, there has been a significant shift in the sensibilities and outlooks of Americans as it relates to the inclusion of gays and lesbians in mainstream society and the procurement of legal rights and social rites.  A recent Pew Research Center study showed that 47% of Americans support gay marriage, an increase of 19% since 1996. While Black (39%) support of gay marriage has increased, their support is still less likely than that of whites (47%). However, during this period, African Americans have played a pivotal role in the changing of attitudes and representations of the LGBTQQI communities, most notably President Obama’s support of civil unions; the NAACP and Jay-Z’s support of gay marriage; and more recently, Kanye West, Beyonce, and Russell Simmons’s support of Frank Ocean, a popular R&B singer, who recently posted a letter on Tumblr revealing his first love was with a person of the same gender. 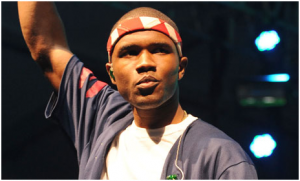 Ocean is the latest person in a wave of high-profile black entertainers and celebrities who have publicly disclosed their sexual orientation on social media – others include CNN anchor Don Lemon who came out on Twitter, and internationally-acclaimed Jamaican singer/songwriter Diana King, who revealed on Facebook that she is a lesbian. While much media attention has been given to the ‘coming out’ of Frank Ocean and the recent statements ascribed to Jay-Z who expressed his support of gay marriage, there has been little recognition and even less action around AIDS in Black communities. Despite the emergence of a few African-American celebrities coming out, questions loom large about whether or not celebrity status can play a role in empowering and enabling social action around HIV/AIDS.  Are these recent coming out announcements simply elaborate publicity  strategies, responding to new patterns of media consumption habits–in order to increase market share for the sale of  books and CDs?  Or, are we witnessing a new kind of cultural/political worker deploying social media as a platform where hundreds of conversations and debates can help to hone and refine a new vision in the struggle for gay and lesbian rights? 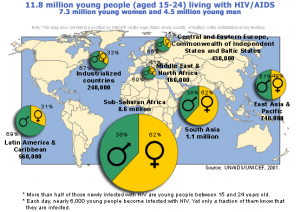 According to the Centers for Disease Control (CDC), 1.2 million people are living with AIDS. While Blacks represent approximately 14% of the U.S. population, they account for an estimated 44% of new HIV infections.  For example, HIV infection rates for Washington, D.C. (3.4%) ranks among the highest in the world, just above the Democratic Republic of Congo.  A recent study showed there was a 21% increase in new infections for young people ages 13–29 years old. These high numbers in new infections were driven by a 34% increase among MSMs (men who have sex with men).  Young, black MSMs were the only risk group in the U.S. to experience statistically significant increases in new HIV infections from 2006–2009.  It is important to note that members of this group are oftentimes the victims of bullying, violence, and sexual harassment.  Many Black LGBTQQI youth feel alienated and abandoned by political leaders, the Black Church, parents, relatives, and friends, and may thus engage in risky behaviors (i.e. drug and alcohol abuse or unprotected sex) in an attempt to cope with the psycho-social stresses of being gay.  In addition, because of their low status as both racial and sexual minorities, many find opportunities in education and other forms of employment closed to them, and are often forced into a life of prostitution for survival. 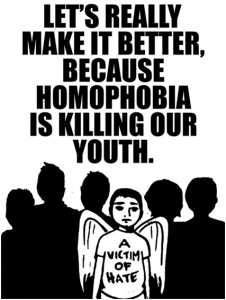 These alarming statistics show the enormous racial/ethnic disparities in HIV/AIDS infections rates, particularly among African Americans. But just as disturbing, they highlight how the continuing and pervasive pattern of silence, denial, and neglect of gay and lesbian youth of color can be deadly.  There is an urgent need for a new political agenda and direction to transform the dominant structures, which enable systems of oppression, discrimination, and homophobia to persist and operate efficiently.  And, it is yet unclear if the transgressive gestures and progressive cultural critiques from celebrities like Jay-Z or Ocean, whose deployment of social media and other cultural productions (i.e. published letters, autobiography, postings and songs) recently challenged prevailing, attitudes and representations of gays and lesbians, will actually translate into some larger radical political project.

Nevertheless, at this historic moment we must acknowledge some discontinuity and disruption, particularly in the hip-hop community, from previous terrors, fears, and anxieties around sexuality; and that these revelations have forever changed the public discourse and the notion of what it means to be Black and gay.  Just recently, political leaders, government officials, policymakers, celebrities, and community activists, to include Al Sharpton, Cornell West, and Wyclef Jean among others, convened in Washington for the XIX International AIDS Conference to discuss the global AIDS crisis.  It is my hope that this watershed moment will bring some much needed awareness and action to moving towards ending racial and ethnic disparities in HIV/AIDS infection rates among youth of color, both here and abroad. 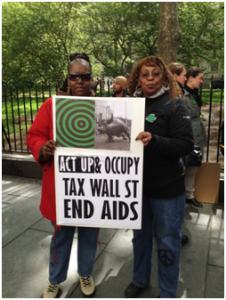 I believe these newly emerging gay and lesbian voices and the celebrity allies who align themselves with the LGBTQQI communities must construct a new politics of inclusion that is not simply oppositional in contesting mainstream views of gays and lesbians. Rather, this new alliance impels a collective insurgency that links their activities to some larger social movement (or political pressure) to transforming structural barriers that create the conditions for AIDS to flourish among the poor and vulnerable populations.   Moreover, it is my wish that these new voices  not only galvanize more truth speaking, but also awakens a greater and deepened spirit of community among African Americans, regardless of color, class or sexuality.

Author Bio: Paul Burns is a Postdoctoral Fellow at the Population Studies Center at the University of Michigan. He is author of a recent paper entitled “The Built Environment and the Impact of Neighborhood Characteristics on Youth Sexual Risk Behavior in Cape Town, South Africa.”