Sisters in Cinema: Where are the Black Women Film Directors? – The Feminist Wire

Home / Culture / Sisters in Cinema: Where are the Black Women Film Directors?

Sisters in Cinema: Where are the Black Women Film Directors? 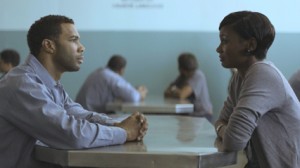 Last week, the Twitterverse was gifted a priceless nugget when film director Ava DuVernay and her guild, AFFRM, released the trailer for her anticipated movie, Middle of Nowhere. The acclaimed project, which highlights the women and families that mass incarceration leaves behind, earned DuVernay the coveted Sundance Film Festival award for Best Director. Around the globe, women rejoiced; in a male-dominated industry, it is rare for a woman to be bestowed with such an outward validation for her work. After all, women “comprised just 15 percent of all directors, executive producers, producers, writers, cinematographers and editors working on the top 250 domestic grossing films in 2007,” according to the National Organization for Women (NOW).

But DuVernay’s feat is especially significant because she is the first African-American woman to be awarded this honor.  Not only does a Sundance award elevate the film’s exposure and DuVernay’s influence, but it also ranks her in the elite assemblage of black women directors. There are a scarce number of successful black women behind the camera in Hollywood and there are even fewer who garner recognition for their gifts.

This is not a unique statistic. Minorities, including women, are underrepresented in media.  NOW’s “Women in Media” fact sheet, which compiled the demographics of newsrooms and film studios in 2007, proves this. A degree in rocket science isn’t required to realize that the seats behind the executive boardroom table aren’t filled with blacks, Hispanics or women, but without our support and investment during opening weekends, these films wouldn’t be as successful. The imbalance between studio executives’ need for us to propel their box office totals and the lack of black women’s input in these projects is immense. But why does this exist to begin with and what is the detriment caused by lack of representation?

Yvonne Welbon, Ph.D., a filmmaker and professor at Bennett College, an all-women’s institution designed to educate black women, went on a quest to discover other African-American women directors in her doctoral thesis turned documentary, Sisters in Cinema.  On her website she writes:

I began this project because I only knew the name of one African American woman director when I started film school. And, even though I knew the name, Julie Dash, I had never seen any of her films, and had no idea why or how she became a filmmaker. I didn’t even know what she looked like. I learned that I was not alone. I heard over and over again, ‘I didn’t know there were any black women filmmakers.’ So, I set out to find my sisters in cinema.

In her interviews with leading directors, including Maya Angelou, Ph.D. and Julie Dash, Dr. Welbon discovered that the lack of black women behind the lens is a direct result of major Hollywood film studios being hesitant to distribute films for that demographic of viewers.  Even as Tyler Perry and T.D. Jakes rake in millions at the box office (Perry’s latest effort, Madea’s Witness Protection, has grossed $60,289,622 since it was released one month ago), film studios are still unwilling to put their funding behind projects directed by black women.

Let’s put this into context: Warner Bros. Pictures, Paramount Pictures, Walt Disney/Touchstone Pictures, Columbia Pictures, Universal Pictures, and 20th Century Fox are the six top Hollywood studios in the United States according to research compiled by The-Numbers.com, a website dedicated to analyzing the market shares of movie studios. The “Big Six” are responsible for approximately 90 percent of the world’s film revenue. These companies also dominate the distribution of television, music and printed materials including books. In essence, these companies control what the world perceives as American culture. Combined, these six studios have released less than five major motion pictures directed by African American women according to Sisters in Cinema. 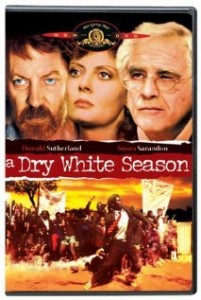 In 2011 alone, the Big Six released almost 20 films, which equals almost 200 movies in a decade when calculated. Since 1989, when Euzhan Palcy inked the first deal with a major film studio, only four other movies directed by black women have received studio funding. And that almost didn’t happen. Initially, Metro-Goldwyn-Mayer (MGM) was uninterested in producing and distributing Palcy’s movie, A Dry White Season, because they claimed that with the simultaneous release of A Cry for Freedom, movies on South Africa’s tumultuous history would oversaturate the film market.

This is common for African American women directors, who are often challenged about their films and must battle with studios for their original vision to remain intact. Even Dr. Angelou, a respected author and philanthropist, wasn’t exempt from the discrimination  At the behest of a major studio, Dr. Angelou wrote the screenplay for her novel, Georgia, Georgia, but was denied the chance to direct the adaptation. Once Georgia, Georgia was released, Dr. Angelou was devastated. The film served the novel no justice. Despite the hurt she experienced with the gross misinterpretation of her book, Dr. Angelou remained dedicated to filmmaking. Twenty-five years after her first film failure, she made her directorial debut at the age of 70 with Down in the Delta.

As an alternative to the exile of black women film directors, most choose to follow the independent route to success. This leads to less exposure and accolades than the movies that are released to theaters, but some black female directors consider this to be a bonus. Being in control of writing, producing and funding enables them to maintain creative and executive control of their product from concept through distribution. However, not having studio funding limits an independent film’s reach in the global market. 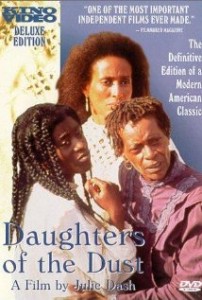 This does not extend to their white male counterparts like Quentin Tarantino for example, who is also considered an independent filmmaker. But eventually, Tarantino and others who resemble him are able to find private investors willing to fund their film or their scripts are sold to major studios that produce and distribute the movie. These opportunities are not as available to black women directors. However, there is one exception to the rule.  Julie Dash’s Daughters of the Dust was released in 1992 and it is considered the first independent film directed by an African American female producer to be distributed nationally. This success was achieved after vigilant strides on Dash’s behalf to fundraise. She funded the film with the assistance of donors, but no support from major movie studios. Other black women filmmakers have attempted to emulate Dash’s success with less luck.

So black women, one of the most sought after audience demographics for movie studios, aren’t behind the camera providing insight into our culture. This leads to a misrepresentation of the black community on the silver screen. Often, we are caricatures of ourselves, as evidenced in Jumping the Broom and other projects, which leads to resentment for what the media machine represents in our communities.

There are a number of black women who submit applications to film school each fall, but there are a rare few who are altering the media landscape. Shonda Grimes, the executive producer of ABC’s Scandal and Grey’s Anatomy, is one of the most prominent black women in Hollywood. Mara Brock Akil, who is responsible for The Game and Girlfriends, is another. But in filmmaking, Ava DuVernay is the queen of the hill. This is a deserving distinction. DuVernay is an inspiring director with an acute sense of how to connect with her audience through the silver screen. However, we are only as superb as our competition and she is reigning without a single challenger for her crown. Hopefully, this will change as major motion picture studios realize the importance of representation.

Maybe with persistence, dedication and lots of sacrifice, black women film directors can have another five movies financed by the “Big Six” between now and the next centennial. 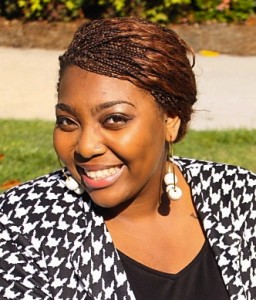 Author Bio: Evette Dionne is an Illinois-based writer pursuing a Masters in Media Management and Women, Gender and Sexuality Studies at Southern Illinois University Carbondale. Her writing focuses on the economics of fashion, issues surrounding obesity and gender disparities in popular culture and hip hop. She is an intellectual instigator for several publications including Urban Cusp, UPTOWN,Africlectic and VIBE Vixen. She is also the managing editor of Full Figured News and HBCU Buzz. For more of her writings, check out her website EvetteDionne.com. You can also follow her on Twitter (@EvetteDionne).