By Dana Olwan and Sophia Azeb

Nearly 1.8 billion people around the world annually celebrate Ramadan, the ninth and holiest month of the Islamic (Hijri) calendar. For many, this means we abstain from food, water, and sex and from cursing, pridefulness, anger, jealousy, and other selfish temptations all month long, from sunrise to sunset. For others – the poor, elderly, sick, children, pregnant women, and others who cannot fast without risking their health or livelihood – the fast is not required (though many still do, despite these hardships). Still others, including many non-Muslims and casual practitioners, explore their self-control and willingness to sacrifice both the essentials and non-essentials we take for granted each and every day.

The hunger and thirst we endure from sunrise to sunset during this holy month is not only for food and water – the food and water too many of our sisters and brothers all over the globe lack. It is also a hunger and thirst for knowledge, for piety, for humility, for social justice, and for equality. At its most basic, Ramadan is about love. It is a period of reflection and engagement, a path for developing what feminist activist Cathy Cohen calls “radical empathy.” It is a time when we are encouraged to confront our privileges head-on.

This Ramadan, our colleagues, allies, and friends at The Feminist Wire generously offered us the opportunity to collect essays, stories, and poems from fellow Muslimahs and our allies. We received many beautifully written and thoughtful pieces. What follows are only a few of these submissions, representing a broad global, political, cultural, and spiritual range of voices from a diverse group of feminist Muslims and allies as space and time allowed us to collect.

In this continuing era of social, spiritual, and literal warfare based on anti-Muslim rhetoric, political and cultural debate about Muslim women (both within and outside of Muslim communities), and rampant, violent Islamophobic racism, we hope that each submission to The Feminist Wire forum on Muslim feminisms will expand this often contentious conversation to a broader audience. We hope that these articles can contribute to the much longer history of Muslim feminist thought and practice. We hope that the essence of Ramadan will inspire a generosity of spirit and an opening of hearts and minds for all of us. Most of all, we hope that these articles from intersectional Muslim women and allies will help us continue to explore our debates, disagreements, and discussions with love, care, and solidarity. 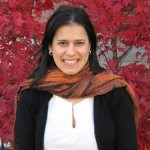 Dana Olwan is the 2011-2012 Ruth Woodward Junior Chair in the Department of Gender, Sexuality, and Women’s Studies at Simon Fraser University. In Fall 2012, she starts her position as Assistant Professor of Women’s and Gender Studies at Syracuse University. Her research focuses on gendered and sexual violence and the politics of naming honour killings. 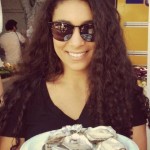 Sophia Azeb is an Egyptian-Palestinian anarcha-feminist teacher, writer, and organizer pursuing her PhD in American Studies & Ethnicity at the University of Southern California. She organizes with a number of anti-racist and feminist initiatives, namely the Palestinian American Women’s Association of Southern California. Sophia is also a writer for the popular media blog collective, Africa Is A Country (http://africasacountry.com/).