"Shooting For My Own Hand”: A Review of Brave – The Feminist Wire

Home / Culture / "Shooting For My Own Hand”: A Review of Brave

"Shooting For My Own Hand”: A Review of Brave 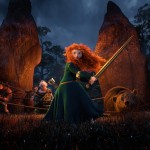 Merida is the main character in the new Disney Pixar movie Brave.  She is a strong-willed female lead and an amazing archer. However, as good as these traits may sound for that time period, girls and women could not fight and did not have much choice in family matters.  As a female, Merida is required to marry someone from one of the other three kingdoms. But Merida has other plans. She doesn’t want to marry, and that makes her fight for her own hand. Queen Elinor and King Fergus are Merida’s parents and she has three trouble-making brothers, Harris, Hubert, and Hamish. Merida highly believes in magic. As she is riding her horse, Angus, after she and her mother fought, she is thrown off her horse when they reach the seven stones. There she encounters the wisps. Continue reading to learn more about Merida and her family.

In the film, Queen Elinor of Scotland is the mother of Princess Merida and the wife of King Fergus. Elinor is a powerful character in Brave because of her motherly protection for which she could be killed. Merida makes a big mistake when she asks an old witch for something that could change her mother. She learns that words can mean more than what they appear to mean. Queen Elinor is brave just like her daughter. But can she survive what she has become, a beast?

Challenges in Merida’s family range from big to slightly smaller: King Fergus gets his leg mauled off by a bear, and there’s the problem of Harris, Hubert, and Hamish.  These boys are always getting into trouble on way or another. Merida’s mother is another person to reckon with. She is in charge of every day of Merida’s life. Queen Elinor is very ladylike and polite, and she expects Merida to be the same. Whereas, Merida has frizzy hair and spends all the time she can outside with Angus. As you can see, Merida’s family is always having one problem after another.  This family is so different yet so alike, but will that be enough to save the family’s fate?

The history of Scotland first started being recorded in the first century AD.  In the fifth century, Celtic immigrants from Ireland, called Scots, settled north of the River Clyde.  When the Scots moved they were Christian, and the next century they converted the king to Christianity. In 1542 James V died and the throne went to his orphaned daughter, Mary Stuart. John Knox of England drove Mary out of her home, and when she returned she was imprisoned and forced to abdicate her throne in 1561. John Knox was a soldier. Mary escaped and fled to England where Queen Elizabeth I made her a prisoner and soon had her executed. However, Mary had a son. James VI was brought up as a Presbyterian. In 1603, when Queen Elizabeth died, James inherited the throne. In England he was James I.  The end of the eighteenth century has been called Scotland’s most creative period. A man named David Hume won world fame for his philosophy and history. 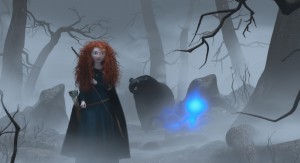 What does this history have to do with Brave? History is a very important part of kingdoms and countries all over the world. It is very important in many stories, and in this case a film. In Brave, Merida follows wisps, which are little blue ghosts that will lead you to your fate. Merida follows them, and then the real drama begins. Merida is a strong female character. When she is faced with a problem, she confronts it with a willingness to do what must be done. Throughout the entire movie, Merida is faced with many problems that could change her fate. She is willing to meet her fears to save her family as well.  In fact, the high point of the story is when Merida rescues her mother.

During the challenging times in Merida’s life, she has friends and family members that she can always turn to for help and support. For example, Merida’s little brothers are troublemakers. Sometimes only their mischief can bring a smile to Merida’s eyes, whereas King Fergus, Merida’s father, brightens her world by distracting her from her princess lessons. Merida also has one very close friend, Angus, her trustworthy steed. Merida and Angus stick together like butter and bread, spending hours together riding whenever they can. Merida loves to practice shooting her bow from Angus’s back. Angus is Merida’s companion throughout the entire movie. 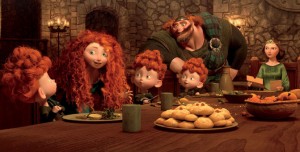 Merida is an amazing archer. She can hit a target’s bullseye every time she shoots. But when Merida shows the kingdom what she can do, people say that she is just a girl. How could it be possible? There must be some reasonable explanation for why a girl could hit the bullseye. However, Merida shows her family and her kingdom that although she is a girl, she is still as good as anyone else. Merida continues to prove that she is just as smart and brave as any male. She knows that she has proven herself plenty of times. But Merida is frustrated: she knows that a young male would only have to prove himself once to be accepted. Merida is an amazing female character who is a great role model for young women and girls. Merida proves to many people that she is more than “just” a girl: she is strong, smart, and brave.

In conclusion, the Disney Pixar film Brave is a great force of entertainment for children and adults.  We feel like Brave was an inspirational movie for young females who are having a hard time making decisions. Throughout the movie, Merida is faced with big decisions that she must make on her own and her decisions will affect the whole kingdom. She keeps a cool head and continues to face all of her fears because she knows that her actions will decide the fate of her family and kingdom. The movie Brave is also a story that teaches children that decisions they make in life can be so much bigger and decide so much more, and that sometimes their choices can change their lives forever. Brave is a lesson to people of all ages of compassion, love, relationships, and the importance of responsible decision-making. Brave is a good movie for families and people who go alone to the movies. We recommend Brave to people of every age, gender, and race. 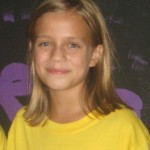 Willa Kirsch-Stancliff is eleven years old. She enjoys reading, writing, singing, playing piano and cello, sketching, and nature. She also enjoys hiking and camping with friends and family. Willa has a dream of world peace and world feminism. This is her first article for The Feminist Wire.

Mason Casper-Milam is a member of the TFW Editorial Collective; you may read about her here.