Sexual Harassment in a Culture of Misogyny – The Feminist Wire

Home / Entertainment / Sexual Harassment in a Culture of Misogyny

Sexual Harassment in a Culture of Misogyny 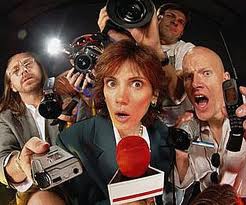 At the start of the 2011 NBA season (and at its conclusion with a settlement), one story received ample coverage without much analysis and discussion.   A former employee of the Golden State Warriors filed a lawsuit against Monta Ellis and the team for alleged sexual harassment.  The AP Story described the lawsuit and the allegations as follows:

A former Golden State Warriors employee filed a sexual harassment lawsuit against star guard Monta Ellis on Wednesday, alleging Ellis sent her unwanted texts that included a photo of his genitals. In her lawsuit, which also names the team, Erika Ross Smith alleges Ellis began sending her several dozen explicit messages, sometimes several times a day, starting in November 2010 through January while she worked for the team’s community relations department.The messages included lines such as, “I want to be with you,” and “Hey Sexy,” and periodically asked her what she was wearing or doing, according to the lawsuit.

Sensationalistic, a series of headlines without much analysis, context, and examination, the spectacle here did little to address to problem of sexual harassment within the NBA and throughout society.  The allegations against Ellis and the Warriors are not the only instance of reported sexual harassment.  One week prior, Warren Glover, a former NBA security official, alleged that he was fired from his position with the NBA, one that he had held for ten years, because of his efforts to expose sexual harassment in the league office:

A former N.B.A. security official says that he repeatedly warned his superiors that women in the office were being sexually harassed or discriminated against, but that his concerns were ignored and that he was ultimately fired for his actions on the women’s behalf. He is suing the league for lost wages and damages.

These two instances, as well as the 2007 case involving Isiah Thomas, contribute to a narrative of the NBA as having a sexual harassment problem.  Reinforcing the image of sport as a space of heightened sexism, where sexual harassment is rampant because of sport (macho) culture, the media discourse isolates the injustices, thereby comforting the rest of society.  In other words, rather than using these moments to confront sexism and sexual harassment found in the NBA and society at large, such discourse isolates it to sports/NBA culture, thereby reinforcing a pacifying narrative of hypersexual black ballers (the Glover case works a bit different) preying on women.

In “Monta Ellis sexual harassment suit: Does the NBA have a problem?,” Stefen Lovelace offers the following:

The league has a lot of problems and issues to deal with, but their employee’s work experience needs to be put at the forefront. These aren’t isolated instances, but perhaps dangerous trends that will only become worse if not dealt with immediately. This type of behavior needs to stop. The NBA especially needs to accept responsibility for the environment it has blindly allowed to exist. Sexual assault can be prevented if top executives are willing to put the work in to keep a healthy, safe work environment for everyone. The NBA has a problem. David Stern has gone through great lengths in his career to fix most of the NBA’s problems.

Discussing the Glover case, Brentin Mock asks, “Is There a ‘Culture of Misogyny’ in NBA Front Offices?”  In the article, he quotes Glover’s attorney, “Andy McLaughlin [who] told The New York Times, ‘I think there’s a culture of misogyny in this association, and it starts at the lower levels and it’s tolerated and condoned at the higher levels. Because there’s nothing being done.’”  The problem is thus an NBA problem and not a window into a broader society injustice.

Similarly, a blog from a Los Angeles law firm asked “Is NBA ‘Over The Limit’ On Sexual Harassment?”:  “Whereas the biggest issue for the National Basketball Association appeared for most of 2011 to be just trying to resolve a labor dispute, it now seems that sexual harassment could be the problem looming largest for the league in 2012.”  Imagining sexual harassment as a “new problem” and one specific to basketball represents a major failure of the media discourse.

Locating sexual harassment within the NBA and the NFL, while erasing its prevalence within other sporting contexts, where the athletes themselves are the victims, highlights the failures of this discourse.  According to a study from the NCAA, the issue of sexual harassment is a significant one at America’s colleges and universities, whereupon the power of coaches puts student-athletes in vulnerable situations:

In this study, 20 percent of the athletes responding reported that they experienced behaviors from a coach that took the relationship in a non-instructional and potentially intimate direction, such as an invitation to dinner alone at a restaurant or calling the athlete a pet name.  Significantly, the vast majority (92 percent) of the respondents who experienced this kind of attention felt positively about it. Only 8 percent reacted negatively. In other words, such advances were not “unwelcome” – a key part of the definition of sexual harassment. Yet research clearly identifies non-instructional behavior by a coach—such as driving an athlete home alone, sharing a hotel room, taking an athlete out to dinner or the movies alone, inviting an athlete to the coach’s home, going to parties together, and drinking alcohol together—as a high risk factor for turning the relationship into a sexual one.  The athletes’ positive responses to being singled out for non-instructional attention by the coach speaks to the intensity of the coach-athlete bond, and the vulnerability of athletes to coaches’ seductions.

Sexual harassment and sexual assault represent a systemic problem throughout our culture.  It is a problem at the highest levels of government, in academia, in the military (here is recent article on sexual violence within the Air Force), and every institution within society.  Sports and the NBA are a reflection and recapitulation of the ideologies and practices of the entire society.  This is neither an excuse nor a defense of sexual harassment within the NBA, but rather a call to identify the connections between the misogyny and instances of the sexual harassment with the NBA and a broader culture that routinely demeans, sexualizes, and denigrates women.  In confining the problem to the NBA, the broader discourse tends to imagine sexual harassment as a symptom of the NBA or sports rather than a reflection of systemic sexism and misogyny.  In isolating violence to the NBA, the popular narrative exonerates society at large.

Writing about sexism in hip-hop, Mark Anthony Neal cautions against limiting the focus and outrage:  “Mr. 50 Cent isn’t the only thug or pimp in the room; there are more than a few in the White House and at the Pentagon” (Neal 2005, p. 147).   The NBA isn’t the only culprit when it comes to sexual harassment.  The sooner we begin talking about our misogynistic culture and a society that promotes and condones sexual harassment, the media efforts to highlight the NBA’s problems come at the expense of addressing the broader injustices at work.

Related ItemsMark Anthony NealMonte EllisNBAsexual harassmentthe NFL
← Previous Story Spinning on Blackness: Wading through the Contradictions of Frank’s Ocean
Next Story → "Shooting For My Own Hand”: A Review of Brave