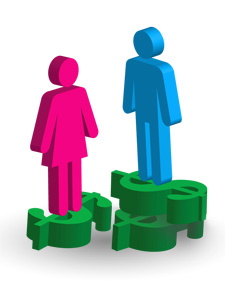 Every single working day of the year, American women pay a 22.6 percent gender tax on their income.  By gender tax, I mean a negative transfer imposed upon women’s wages which reduces the wealth they control and increases the amount of time they work.  Feminists know the gender tax as the pay gap (in 2010, the median full-time, year-round woman earned $10,784 less than her male counterpart) as well as Equal Pay Day (to earn his income of $47,715, she had to work until April 17, 2011—an extra 15 weeks on the job).  If we already have names for this, why must we insist on calling it a gender tax?

First, taxes resonate in our current political climate, pay gaps do not.  Today’s popular and Congressional discourse is silent on pay discrimination but can’t say enough about anti-tax pledges, tax shelters in the Cayman islands, Tax Freedom Day, “tax the rich” campaigns, corporate tax debates, and the list goes on.

But second, and far more important, recognizing something as a tax highlights that money and/or labor is actually transferred from one person to another.  Women’s missing incomes do not vanish into thin air.  Those dollars flow steadily and systematically into the hands of men.  As we approach November’s elections and the debates heat up over taxes, let us expand our focus beyond income, wealth, and corporate tax rates and take the time to add up the gender taxes women pay the taxman and carefully examine the suboptimal ways men put those taxes to use.

To be fair, as we begin to measure these taxes we must note that the gender tax has decreased in recent decades.  In 1970, wage-working women in America did not catch up to men’s earnings until September 11, 1971—requiring 36 extra weeks of work to reach parity.  Yet, despite the real progress since then, women today still incur an enormous burden.  In 2010, the more than 40 million full-time, year-round women on payroll paid more than $460 billion in gender taxes.

This transfer of income looks even more dismal when we consider that women pay gender taxes throughout the entirety of their careers.  If we assume each year’s gender tax was saved and invested at a reasonable three percent real rate of return, a woman who earned women’s median annual income every year from 1965 to 2010 paid gender taxes worth an incredible $1,569,101 today—an enviable retirement nest egg worth seven houses, 26 degrees from a public four-year university, or the money needed to feed 134 families of four for one year.  Even if her gender tax was never invested, but immediately spent instead, the inflation-adjusted value of goods purchased would be worth $700 thousand today.

For a young woman beginning her career today, the threat to her economic security, and that of her family and community is similarly grave.  If the 2010 annual gender tax rate remains at 22.6 percent over the course of her career and the gender taxes are invested as above, these investments would be worth only 61.3 percent of her gross career earnings (post-gender tax) by 2055.

Diminished earnings for women unfortunately permeate the labor market from top to bottom.  At the low end, women are more than twice as likely to work in jobs with poverty wages.  To look at one industry in 2010, seven of the ten lowest-paid occupations were in the restaurant industry and the majority of its workers were women.  A little known secret of the restaurant industry is that women represent 66 percent of tipped workers who earn a minimum wage frozen since 1991 at $2.13 per hour.  Adding this all up, the typical female restaurant employee works 14 extra weeks to catch up to the boys in the business, while women servers must work an extra 25 weeks to catch up to their counterparts.  Astoundingly, black women servers must work an extra 35 weeks to reach men servers’ annual earnings.

At the other end of the spectrum, many women in America have escaped our economy’s bad jobs trap.  They have fought individual and collective battles against sexism and the gender tax by acquiring more education, joining new fields of work, moving to cities, and entering the professional ranks.  Unfortunately, the story reads much the same at the top as it does at the bottom.  Financial services, today’s most infamous industry, grew tremendously rich during the past couple decades, paying an average salary on Wall Street just over $200,000 in 2009.  It also taxes women more than any other industry.  The financial services industry requires that women work an extra 22 weeks before they catch up to their male counterparts’ incomes.  Even among 1,900 CFOs at Russell 3000 Index companies, the 150 women CFOs worked nine extra weeks before they caught up to the men’s $1.54 million total compensation in 2010.

And all of this only includes women’s work in the formal labor market—it does not count the millions of paychecks they receive in the amount of absolutely nothing for the vital care-work that women overwhelmingly perform in this country.  That is, the gender tax is even greater than the $1.5 million argued above given that far more women than men perform care-work off the payroll.  America’s only current subsidization of this work in the home happens incidentally through the U.S. tax code’s current “aid for affluent husbands.”  To address the enormous tax that is women’s lack of remuneration outside the formal labor market, this nation needs public policies that remunerate care-work rather than tax breaks for single-earner households that only benefit the upper middle class.

When all is said and done, the gender tax is a problem worth attending to not only because it does not satisfy the principle of tax equity, but because gender taxes are not used to promote the public good.  Unlike taxes paid to the public treasury that allow a democratic society to correct for the ills, inequities, and misallocations of its economy, most of today’s gender tax augments men’s personal power.  American men control women’s missing $1.5 million.  They take home higher wages at work, are more likely to own stocks and earn capital gains, are less likely to perform unpaid care-work, and for that portion of the gender tax that men pass on to government in the form of public taxes, men represent 83% of both Houses of Congress and control 76% of state legislatures.

Make no mistake: this is the feminization of poverty.  This is the war on women. 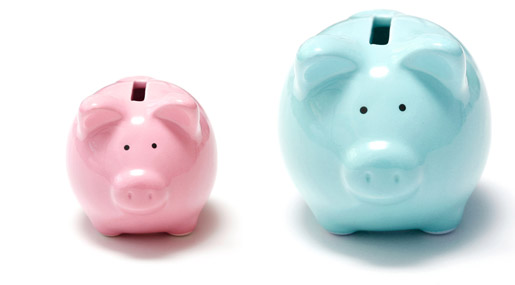 At the bare minimum, to reduce the gender tax requires equal pay legislation like the Paycheck Fairness Act that would incorporate desperately needed fixes to the Equal Pay Act of 1963.  But this will not be enough to empower women in America.  It would do almost nothing for the two out of every five workers in a sex-typed job where at least 75 percent of workers are of the same sex.  The gender tax would continue, albeit at a reduced rate, to steadily transfer women’s income to their male coworkers, managers, and capitalists.  Yet this is not simply about economics, this is political.  The gender tax is a massive hindrance on women’s ability and freedom to exercise their rights, determine their futures, and participate fully in our democracy.

This harms all of us.  New research has begun to explore the ways women use economic and political power differently from men—perhaps even more wisely.  Why should we wait for men’s next Great Recession, next million unemployed, next million impoverished, and next million sick before taking action?  It’s time for women to take the reins, end the gender tax, use their $1.5 million in ways of their own choosing, and maybe then we can return our economy and politics back to their real democratic and social ends, the human wellbeing of all of us.

Joseph de la Torre Dwyer is completing his Ph.D. in Political Science at Rutgers where he is investigating socialist-feminism in Cuban politics since 1959.  Currently, he also conducts research and blogs at Demos, a non-profit focused on national public policy in the United States.