Gender Equity Still Requires a Focus on the “Second Shift” 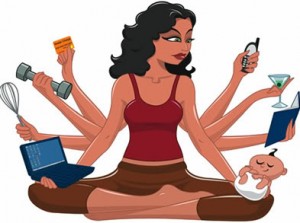 Lucky enough to attend college, I sat in a first-year seminar meant to expose students to a variety of both subject matter and viewpoints.  To this day I tell people about two books from that course that changed my life.  One of those books was the very first overtly feminist book I ever read, Arlie Hochschild’s The Second Shift.  This book transformed how I talked about the world and, thus, how I perceived it and engaged it.  I became a feminist because caring was a kind of work which was ubiquitous, undervalued, and gendered and, as such, a matter of justice.

It understandably grabbed my attention when Sara Hosey recently argued that it is time for feminists to stop using the rhetoric of the “second shift.”  If such rhetoric stands in the way of gender equity, then by all means let’s dispense with the concept.

But, in fact, the rhetoric of the “second shift” is one of the cornerstones of radical feminist transformation of the world.  First, to frame care as unpaid work is consciousness-raising.  The “second shift” does not assume that women who work in the formal labor market must perform care as a second shift, it points out that these women do so without remuneration and that this diminishes women’s power in all spheres of life.  But, importantly, things could be different.

Of course, things are already different for the rare women who have found a non-traditional caregiver (i.e. a man) who performs half the work of caring.  These households are rare because women still have less economic power than men through income, wealth, and networks, and the power they do have is more precarious.  In fact, it was not until the late 2000s that a group of young women earned more than the median young man—but only women who were unmarried, childless, living in a city, and 22-30 years old.  Put differently, only highly educated women outside of heterosexual households, with limited household care-work, and supported by social services, begin to match men’s income, and only when we compare them to men early in their careers.  The reason men perform less care than they ought to is not because they are men, but because someone must do the work of caring and men currently have more economic power than their household partners. 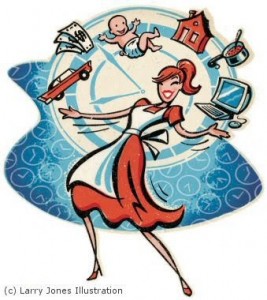 Although the second shift began with this critique of gendered labor due to intra-household economic power differences, it has become a trenchant feminist critique of economics as a whole.  That is, the second shift is about the unpaid work of caring for others irrespective of who shares in it—whether it be a multiracial, heterosexual, or lesbian household.  This enlarged understanding of the second shift means that regardless of fifty-fifty household arrangements, unpaid care lets the rest of society, especially capital, off the hook.

Naming care as work is not a “capitulation to capitalism”—in fact, just the opposite.  It declares that paid work is possible without a capitalist, without exploitation, without wages, and without commodities.  To name care as work that must be remunerated cries out for an alternative economic theory that recognizes the economic value of the human connections and practices about which we care most deeply.  It thus exceeds and challenges neoclassical economics and its description of society as a series of individual Robinson Crusoes.  In our world today, like the solitary shipwrecked subject of a deserted island, no one pays the workers who produce the principal economic endowments that make all of us human: our bodies, our reason, and the gifts of language, culture, and the social organization of the world they give rise to.  We are living on a fantasy island of unremunerated care.

Unfortunately, unremunerated caregivers actually augment capitalists’ private power when they are afraid to receive compensation or name their activities as work.  When some work is underpaid or not paid at all, other workers (or nonworkers) in the economy are correspondingly overpaid.  Our world of unremunerated care distorts our society by transferring payments from those who care to those who don’t with at least three important consequences.  We guarantee that the powerful will never perform care; we promote an unsustainable consumerism; and we exacerbate the excessive inequalities and reduced wellbeing of the shareholder society.  It is only by naming care as work that must be remunerated that we can change all three.  By incenting the powerful (e.g., men, the rich) to engage in substantive care, care and power would touch, perhaps definitively altering politics as we know it.  By remunerating care properly, we would devote fewer resources toward a production-consumption cycle that is inexorably harming the earth and all its inhabitants.  By compensating the labor-intensive work of caring, we would slow down capital and shift it toward human wellbeing and away from the ever growing excesses of inequality we see today.

Feminists are understandably worried that by naming care as work, we might ignore human wellbeing and commodify one of the few spaces capital has seemingly not yet penetrated.  Yet, since we already recognize that care does not produce tradable commodities, the response should not be to pretend that care is not work—but to realize that any economic theory that can’t describe the work we value most is no economic theory at all.  It is precisely the idea of the second shift that allows us to see work outside the neoclassical system and inside a framework such as human wellbeing—itself a consciousness-raising frame with important practical policy consequences. 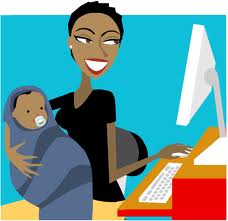 By focusing on the actual work encompassed by the “second shift,” societies can fairly remunerate day care workers—whether you want to pay someone else to do it or perform the work yourself.  It breaks the stranglehold of the full-time job so that people can decide for themselves the optimal number of weekly hours of labor to perform for market wages.  It cuts the connection between wage labor and social benefits, forcing the minimum wage up and top wages and their premiums down.  It ceases to penalize maternal caregivers and incents paternal caregivers by economically rewarding all care as work plus special (non-transferable) benefits for men who care.  It mitigates the exploitation of the growing global care chain in which the richest and wealthiest global citizens buy caregivers from foreign labor markets who lack the rights and protections of domestic citizens.  And last but certainly not least, economic power and emotionally rich caring are not mutually exclusive.  For the many who seek them, the economic valorization of care will only promote strong relationships, feelings of sympathy and community, and altruistic and cooperative behaviors. 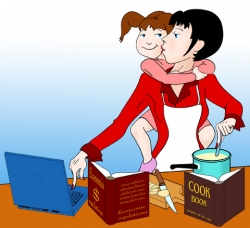 The second shift began as a gender critique—ending women’s exploitation by men in the home.  It stands today as one of the strongest critiques of the dominant discourse of our times: a neoclassical economic ideology which naturalizes discrimination and casually explains away pay gaps—even for the highest paid and most educated, ruthlessly destroys lives and habitats around the globe, and is uninterested in substantive democracy.  The second shift is critically important for feminists to retain, not only for its power as an alternative economic idea, but because it actually results in more persons able to provide a greater quantity and quality of care to those around them.  This is because the second shift is also the only concept that legitimizes a synthesis of the three ingredients missing for most of today’s overworked and underpaid wageworkers who would prefer to perform more care: sufficient income, necessary time, and a conceptual framework of care as an immensely valuable human endeavor.

In the end, Robinson Crusoe escaped from his island.  For those of us in the real world, I believe our best chance is on a ship named The Second Shift.

Joseph de la Torre Dwyer is completing his Ph.D. from Rutgers Political Science which investigates socialist-feminism in Cuban politics since 1959.  Currently, he also conducts research and blogs at Demos, a non-profit focused on national public policy in the United States.