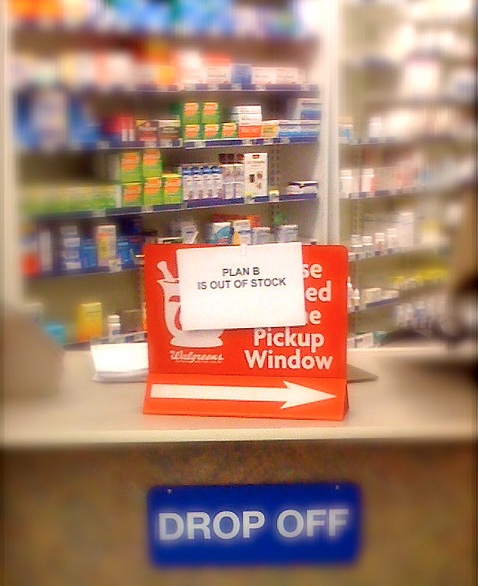 Even though it’s legal for 17-year-olds to get the so-called morning-after pill, a new study shows that pharmacy employees often dole out the wrong information, telling the teens they’re not allowed to have the drug.

An undercover survey found that many of the pharmacies that told girls they were too young to get emergency contraception offered correct information when a doctor called seeking the pill for a 17-year-old patient, according to a report in the latest issue of the journal Pediatrics.

Nineteen percent of 17-year-olds were told they couldn’t get the medication at all.  Dr. Tracey Wilkinson, the study’s lead author and a general pediatrics fellow at Boston Medical Center/Boston University School of Medicine. Wilkinson’s study was aimed at evaluating the real-world availability of Plan B One-Step and other emergency contraception drugs, which are available without prescription to girls and women starting at age 17. Girls younger than 17 require prescriptions to obtain the medication.

Researchers posing as either a 17-year-old girl or a doctor seeking help for a 17-year-old girl called every pharmacy in each of five U.S. cities asking about the availability and accessibility of emergency contraception. All callers asked questions from a script.

The next question was asked only by teen callers who had been told a 17-year-old could get the morning-after pill: “My friends said there is an age rule [regarding access without a prescription] — do you know what it is?”

Pharmacy employees answered that incorrectly 43 percent of the time.

The researchers cannot say anything for sure about the motivation behind the misinformation because that wasn’t part of the experiment. It might be partly explained by the fact that the doctors in the study tended to get actual pharmacists on the phone while “teens” often got lower-level pharmacy employees who might have been less informed about the FDA rules. The researchers found that, in general, teens were put on hold more often and that they spoke less often to pharmacists.