Creating a Biological Underclass: A Reality of Poverty for HIV+ Women – The Feminist Wire

Home / Culture / Creating a Biological Underclass: A Reality of Poverty for HIV+ Women

Creating a Biological Underclass: A Reality of Poverty for HIV+ Women 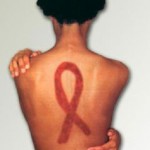 Hype of the HIV epidemic in the U.S. has died down in the media and in the minds of many Americans. What many do not know is that we are sitting on a human rights crisis. Yes, “we have the science to end the epidemic” as they say and will say loudly at the International AIDS Conference in July 2012 in Washington, D.C. Yes, we have improved medications for people living with HIV and have discovered breakthrough technologies to drastically reduce HIV transmission. But what remains unacknowledged are the challenges or failures of getting the “science” to those who need it the most – to those who faced multilayered forms of violation even before HIV came into their lives.

HIV is a symptom of stark existing inequalities, especially for women and girls. Women living with HIV account for at least 25% of the U.S. epidemic. In some counties and regions, such as the South and Northeast, the rate is higher. Women of color, disproportionately African-American women and Latinas, make up over 80% of all women living with HIV. The response to the U.S. epidemic does not reflect these numbers: women-centered HIV programs are routinely under- or defunded, women are not often invited to serve in leadership roles, and gender-specific research is overlooked. I’d like to give more accurate data to paint the picture of HIV among women. However, the impact of HIV on transgender women and queer-identified women is unknown and habitually unspoken. Despite this shortcoming, this article speaks to trends that affect all women. HIV runs the well-worn path of gender inequality where gender-based violence, interpersonal and state-sanctioned violations of sexual and reproductive rights, and realities of poverty intersect.

For many women living with HIV, an HIV diagnosis is a sentence to a lifetime of poverty. Sixty-four percent of women living with HIV receiving regular medical care had annual incomes under $10,000 compared to 41% of men, according to the HIV Cost and Services Utilization Survey from 1996. That was 1996. Between now and then the economy tanked, the War on Women started, and state and national budgets are cutting programs like WIC, Social Security, Food Stamps, and more. I dread the updated statistic. 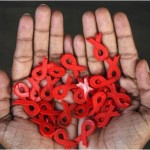 Women living with HIV are incentivized to stay poor and get sick . For example, to access medical care and supportive services like Medicaid or the AIDS Drug Assistance Program (a program that helps low-income people pay for their medication), you must fit certain income and health status criteria. Medicaid, for instance, requires a disability status and income below $2,000 at all times – and they have the surveillance to make sure you stay sick and poor. For women who do try to push the glass ceiling and work while maintaining public benefits, the consequences for making too much money or getting healthier are dire. And for women who are able to engage in the workforce, equal pay and the wage gap are daunting truths.

Women living with HIV are a valuable asset for economic growth. In addition, HIV+ women have the expertise and knowledge to shift policies – we, as women living with HIV, are more than volunteers and tokenized voices in the HIV movement.

The same women who experience homelessness, sexual and/or intimate partner violence, surveilling of our bodies because of our gender identities, trepidation if we live in highly policed communities, and criminalization because of the color of our skin, who we love, and our immigration status are the same women who are disproportionately affected by HIV. One cannot separate HIV from the reproductive justice movement, the labor movement, or any other movement for that matter. Our movements must be integrated!  Our push towards integration must be verbalized! And all women’s lives and bodies must be accounted for!

As a collective voice of advocates and allies, we can hold our decision-makers accountable to implement existing laws such as the Affordable Care Act, push for further policy change, and alter existing HIV attitudes in our communities. We can change this. We can curb the epidemic! 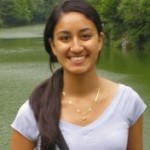 Sonia Rastogi is the Advocacy Coordinator with U.S. Positive Women’s Network (PWN). “Creating a Biological Underclass: A Reality of Poverty for HIV+ Women” is inspired by PWN’s Count Us In! campaign. PWN is a national membership body of HIV+ women, including transgender women, and our allies organizing and advocating for our rights. PWN is one of two U.S. community partners for the International AIDS Conference taking place in Washington, D.C. from July 22 to 27, 2012. Visit our website to learn more about PWN. Follow us on facebook and twitter (@uspwn).

Related ItemsCultureEconomyGenderHealthHIV/AIDSMedicaidSexualitySurveillanceU.S.World
← Previous Story Gender Taxes: American Women Are $1.5 Million Poorer By Age 65
Next Story → Why I Got Straight Married: On Love, Heterosexism, and Fear in Post-9/11 America