Why I Got Straight Married: On Love, Heterosexism, and Fear in Post-9/11 America – The Feminist Wire

Home / Culture / Why I Got Straight Married: On Love, Heterosexism, and Fear in Post-9/11 America

Why I Got Straight Married: On Love, Heterosexism, and Fear in Post-9/11 America 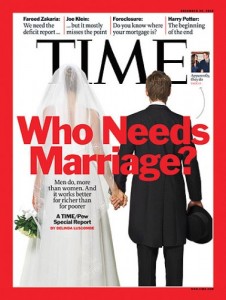 One week after 9/11, still reeling from the trauma of the attacks, I walked to my bus stop and glanced furtively at the Sears Tower. I sat on the bench to wait. An elderly white man reading a paper sat next to me on the bench. He turned to me and said, “Excuse me young lady. Why does your family hate America?” My heart leapt into my mouth. “I am from India,” I said. He turned back to his paper. “Oh,” he said. The bus arrived. I stepped onto it as panic, shame, anger, and sadness washed over me in successive waves.

A year later, I entered my apartment, the first one I had ever lived in alone, and walked to my blinking answering machine. I pressed the button and began to tidy up my bedroom as I listened. “Hello, Miss Kasturirangan. My name is Agent Thompson with the FBI. We have some questions for you regarding an ID we found. Please call me back as soon as possible.” I stood frozen. I listened again. My mind raced with questions. What did he mean? What was this about? Should I be worried? What should I do? My apartment sanctuary suddenly felt unsafe. I picked up the phone and dialed my significant other at the time, a white man. I told him about the message and then said, “I just wanted to call you so someone would know in case something happens to me.” He said, “Nothing is going to happen to you. Just call him back.” I hung up thinking, “Sure. That’s easy for you to say.”

I met my husband on the 4th of July weekend in 2003. He was (and still is) a smart, saucy, sweet white guy who just happened to have a thing for hot, guitar-playing Indian chicks. We fell for each other hard, although we were both in denial about it for a while. Within six months, though, we had met each other’s parents and decided to move in together. In the next year, we weathered sitcom-worthy first fights (“Everyone knows chicken does NOT go in red sauce!” “Well, I don’t know that!”; “Is something burning?” “No!”—Cut to sound of smoke detector beeping incessantly.) We took road trips together. We reached the point where marriage seemed like a relevant topic. Being the ironic modern couple that we were, we came up with a cute acronym to use whenever we daydreamed about the hypothetical future. AWGE (“assuming we get engaged”) popped up in our conversations with alarming frequency. 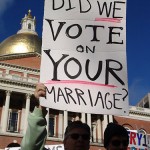 I was ready to commit myself to a lifelong partnership with this wonderful human being. However, I was not at all sure how I felt about “marriage,” specifically state-sanctioned straight marriage. As you may have guessed from my use of pronouns, I am a straight woman. I also try to live as an ally to LGBT or queer people. As an ally, I felt strongly that I needed to think about the implications of getting married by the state, when so many people were being denied this right. As a super lefty and feminist, I also had reservations about the state being involved in my relationship at all. I needed to explore the pros and cons. I needed to think through the decision.

Luckily, I happened to be a graduate student enrolled in a queer theory class. For those of you who are unfamiliar with the term, queer theory is an area of academic study that examines non-normative relationships and challenges dominant hetero-normative structures and beliefs. In other words, queer theorists research, think about, and write about queer lives. As a queer ally, I decided to write a paper that explored the legal battle over same-sex marriage.

Though this was a paper I needed to do for class, I also needed to do it for me. The AWGEs were coming every day now. I had already expressed my misgivings about state-sanctioned marriage to my boyfriend. Could we just get married in front of our friends and family, and skip the whole going-to-court part? He patiently heard out my concerns and expressed his own desire specifically for a state-sanctioned marriage. We had reached an impasse, and this paper for my queer theory class was the only way I could settle the issue for myself.

In my paper, I weighed the arguments from queer academicians for and against the same-sex marriage legalization efforts. In the end I concluded that:

“…gays and lesbians should shift their struggle from rights to marriage for same-sex couples, to domestic partner benefits for any formation of people who share economic and emotional resources. Domestic partnership would replace marriage, thereby removing the coercive ability of the state to promote certain types of family formation as more valuable than others.”

So, according to this paper, I should not get married. Because, even when you expand the definition of who gets married, there will always be people left out. State-sanctioned marriage is designed to support stable families, but stable families can take a number of formations. For example, sisters could live together and raise children. Why shouldn’t they also receive assistance such as tax benefits? In my head, I agreed with my own conclusion. A fight for domestic partnerships for everyone and marriage for no one made sense.

But in my heart, two powerful emotions joined together to override my mind: love and fear.

I became a citizen when I was 21. I am an American by the laws of the land. But after 9/11, I began to feel the weight of America’s history tugging at my sense of security. Japanese citizens were interred in a time of war. The FBI had called and asked me if I had any male relatives (doesn’t everyone have male relatives?). Brown-skinned people with foreign-sounding names were now suspicious. Paranoia set in. What could I do to feel safer? If the State tried to take me away, who would fight for me? A white American husband, that’s who.

Our wedding day was absolutely the best day of my life. I love the home we have built together. I know that our relationship will last because we help each other grow and we grow together. But the truth is, I agreed to a state-sanctioned marriage for three reasons:

1.  Love: I love my husband. It was important to him that we get married by the state. That carries a great deal of weight for me.

2.  Heterosexism: Marriage is an expected and easy benefit of heterosexuality. All signs in my life pointed to marriage as the anticipated and community-supported next step. Though I made some efforts at questioning this act, it was in fact the easiest thing to do, the path of least resistance, thanks to heterosexism. Many of my friends do not have the luxury of wrestling with whether or not they should get married. It is simply not an option open to them. 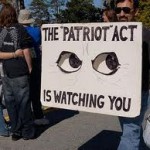 3.  Fear in Post 9/11 America: I love the United States, but I do not trust the United States. I love and trust my husband much more. He will fight for me with all of his power including racial and gender privilege. As my husband, he has significantly more power to act on my behalf than he did as my boyfriend. I knew that the patriarchal, white-supremacist state would be easier for him to navigate. My choice of a partner afforded me a sort of preferred status. I would hide behind the safety of his privilege, knowing that, as I do so, I am doing nothing to challenge the state that unjustly bestows this privilege.

Queer people of color—who have many and varied reasons for fearing state-sanctioned violence, detention, or deportation—do not have the option of marriage to provide an extra barrier of protection. I took this step understanding fully that I was taking advantage of my privilege as a heterosexual woman. Muslim-Americans and undocumented immigrants are far more vulnerable to state-sanctioned violence in America than most Indian-Americans are. The incidents that made me fearful were minor compared to the constant surveillance and threats made against these people as direct targets of state violence.

It was not long after I made the decision to marry that AWGE turned into the real thing. After a year and a half of wedding planning,

my soon-to-be husband and I walked into the city building to secure our marriage license, our hands joined and smiles on our faces. We approached the counter. An elderly white woman stood behind the mesh barrier. She looked at our ID cards and then looked up at me. “Where are you from?” she asked. “India,” I said. “Well, where’s your sari?” she asked. “We don’t all wear saris,” I replied. “Well you should,” she said.  I sighed, signed the documents, and turned to smile at my soon-to-be husband. His face was grim, red. “It’s okay,” I whispered. “I’m used to it.” “Well, I’m not,” he said. “That is good,” I thought to myself. “That is good.” 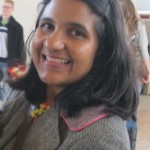 Aarati Kasturirangan has her Ph.D. in Community Psychology from the University of Illinois at Chicago. She has worked as a researcher, educator, and advocate in the movement to end violence against women for 15 years. Aarati provides anti-oppression training, evaluation, and solution-building services to community groups.  She writes a blog called American Incarnations: An Indian-American Woman’s Search for Identity, Community, and Sanity (http://aaratikasturirangan.wordpress.com). She is also a stay-at-home mom to her two children and lives in Washington, D.C with her family.

Related ItemsCultureFamilyImmigrationMarriagePoliticsU.S.World
← Previous Story Creating a Biological Underclass: A Reality of Poverty for HIV+ Women
Next Story → Woman Who Sold Suicide Kits Will Be Sentenced For Tax Crimes