Student Left in DEA Cell for Days – The Feminist Wire 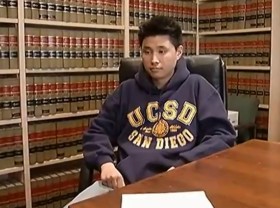 Daniel Chong, the UC San Diego student who was left in a Drug Enforcement Administration holding cell for nearly five days, said the time spent in his cell was a life-altering experience.

According to Chong, it all started when he was at a friend’s house in University City celebrating 4/20, a day many marijuana users set aside to smoke. Agents came inside and raided the residence, and Chong was then taken to the DEA office in Kearny Mesa.

He said agents questioned him, and then told him he could go home. One agent even offered him a ride, Chong said.

Even though no criminal charges were filed against him, Chong did not go home that night. Instead, he was placed in a cell for five days without any human contact and was not given food or drink. In his desperation, he said he was forced to drink his own urine.

“I had to do what I had to do to survive …. I hallucinated by the third day,” Chong said. “I was completely insane.”

Chong said he lost roughly 15 pounds during the time he was alone. His lawyer confirmed that Chong ingested a powdery substance found inside the cell. Later testing revealed the substance was methamphetamine.

After days of being ignored, Chong said he tried to take his own life by breaking the glass from his spectacles with his teeth and then attempting to carve “Sorry mom,” on his arm. He said nurses also found pieces of glass in his throat, which led him to believe he ingested the pieces purposefully.

He said when employees discovered him in the cell that they looked confused and nervous. A DEA employee rode with him to the hospital, where they paid for Chong’s visit.

He spent three days in the intensive care unit at Sharp Hospital and his kidneys were close to failing. He was released from the hospital and returned to his home. The DEA has not issued an apology or made a public statement in response to the allegations.