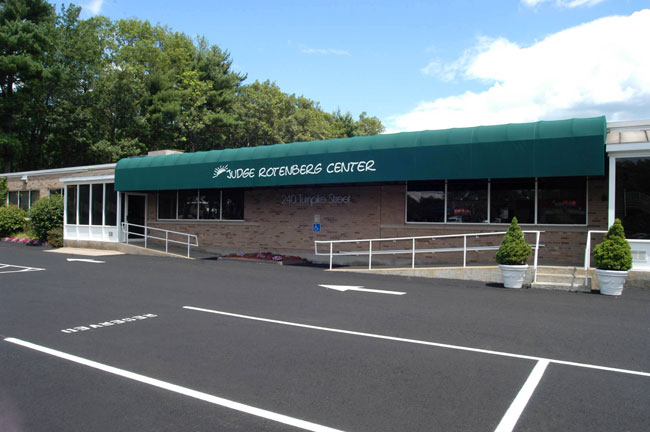 Andre McCollins is suing the Judge Rotenberg Center for developmentally disabled students, which treated him in part by attaching electrodes to his body and shocking him. The incident, which was recorded on video in 2002, happened after McCollins refused to take off his coat, according to MyFox Boston.

The station reports that lawyers for the center fought to keep the public from seeing the video, but a judge denied their request. “These are dramatic tapes, there’s no question about that,” Edward Hinchey, an attorney who represents two of the Rotenberg Center’s clinicians said. “But the treatment plan at the Rotenberg Center, the treatment plan that Andre had in place on October 25, was followed.”

On its site, the center insists that “JRC relies primarily on the use of positive programming and educational procedures to modify the behaviors of its students. If however, after giving these procedures a trial for an average of eleven months, they prove to be insufficiently effective, JRC then considers supplementing them with more intensive treatment procedures known as aversives.”

The center contends that these procedures are only administered after “prior parental, medical, psychiatric, human rights, peer review and individual approval from a Massachusetts Probate Court.”

But a 2007 expose on the center, by Mother Jones, reports that  “Of the 234 current residents, about half are wired to receive shocks, including some as young as nine or ten.” Mother Jones also notes that the center is the only facility that uses shocks to discipline students, “a form of punishment not inflicted on serial killers or child molesters or any of the 2.2 million inmates now incarcerated in U.S. jails and prisons.”

The lawsuit is just one of several ongoing investigations and lawsuits involving the center, which remains open.