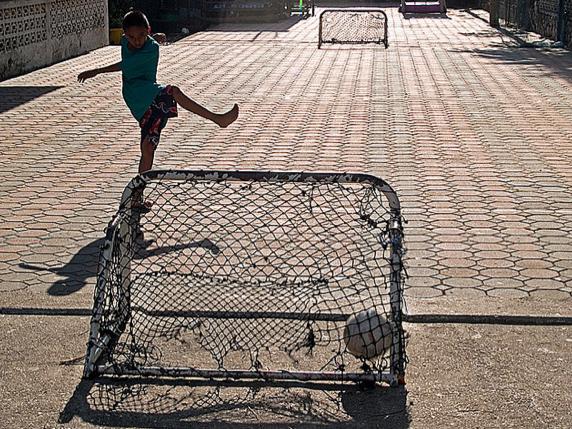 If you are a teen with a sexual urge, what should you do?

High school seniors in Thailand were perplexed this year when they were asked for the answer in a nationwide multiple-choice test for students hoping to win a coveted place at university. They were given five possible options to choose from:

A: Call friends to go play football (soccer)
B: Talk to your family
C: Try to sleep
D: Go out with a friend of the opposite sex
E: Invite a close friend to see a movie

Most students had no idea how to respond. The story soon attracted national media attention, and Thai educational experts were interviewed to share their insights. But even they seemed uncertain.

There was widespread incredulity when the preferred answer was eventually revealed by Dr. Samphan Phanphrut, head of the national exam board that drew up the tests. It was option A —“Call friends to go play football.” Regardless of whether they were male or female, Thai youth were supposed to deal with sexual urges by playing soccer.

Thailand has the second-highest pregnancy rate among 15-19 year-olds in the world, according to the government’s Office of Welfare Promotion, Protection and Empowerment of Vulnerable Groups. (South Africa has the highest rate).

The issues in Thailand are complex, though, and the answers are more complicated than playing soccer. Contrary to the country’s image as a hedonistic sex tourism destination, Thai culture remains highly conservative, but premarital sex is widespread although many older Thais regard it as taboo. (As a result, underage girls are often pressured to marry, especially in rural areas.)

This conservatism means subject is rarely discussed in Thai families, and as the debacle over this year’s university exams demonstrated, schools are also failing to teach Thai youth what they need to know.

Many teachers and education ministry bureaucrats refuse to acknowledge that premarital sex is a reality, and when Thai teenagers become pregnant, they often have nobody to turn to. Legal abortion is only available to teenagers if their parents approve, and many Thai girls don’t consider that an option.