Mental Health and Illness: A Forum – The Feminist Wire

Mental Health and Illness: A Forum

Psychological issues permeate and are affected by many aspects of our society – including gender, race, sexuality, class, age, nationality, culture, language, identity, education, religion, and health. The term “mental illness” is culturally specific, contested, and deeply political, and is at the forefront of many efforts for progress and social change.

Our understanding of mental illness is shaped by stories of its violent and invasive history. Human brains have long been marked for conquest by researchers hoping to uncover the forces behind ideas and behaviors deemed strange and unusual. The causes theorized have been vast (God, genetics, social constructs), as have the interventions (asylum, prison, medication, surgery, therapy).  While the evolution of psychiatric medication has “progressed” from electroconvulsive (electroshock) therapy, it is limited in its ability to prevent violence wreaked upon an individual by him or herself. 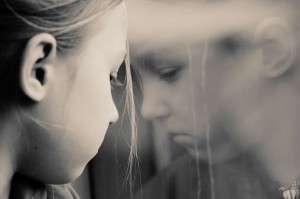 In 2007, suicide was the 10th most likely cause of death in the United States, making suicide twice as common as murder. Yet despite these numbers, only 13.4% of Americans received treatment through psychiatric medications or hospitalized settings. There is an undeniable disconnect between who needs and wants psychiatric services and who actually receives them. As with health status more broadly, incidence of mental illness and its treatment is deeply stratified.

The struggles to obtain mental “stability” – however this ambiguous term is defined – come with social, financial and political costs. The Diagnostic and Statistical Manual has profound cultural relevance in the Western world, particularly the United States. Even with mounting concerns over the validity of how these mental ailments are defined, health insurance companies will not cover medical costs of counseling, therapy, or medication without an individual receiving a “legitimate” diagnosis from the DSM. 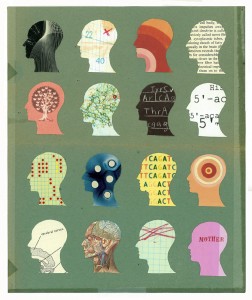 This puts incredible pressure on practitioners and patients to identify a medically recognized disorder to move forward with treatment options, and even more pressure on individuals who do not have health insurance. Because women are more likely to be diagnosed with certain disorders, and more likely to go without insurance, this issue is vital to feminist discourse and practice. Nearly 20% of women did not have health insurance in 2005, and being a young, single woman of color only diminishes one’s odds.

Yet numbers alone do not tell a comprehensive story. Women and girls endure debilitating mental health scenarios without the public’s comprehensive knowledge and support. This forum was designed to incorporate personal narratives into larger conversations about mental health and illness.

Today, Natashia Deón, in her poem “Welcome to Motherhood,” offers a poignant glimpse of one woman’s interior struggle. Tomorrow, we hear from J. Victoria Sanders on the complexities of living with mentally ill parents.  And on Wednesday, TFW collective member Catherine Morrisey, who organized this forum, writes about her own battles with mental illness, including the politics of diagnosis and treatment.