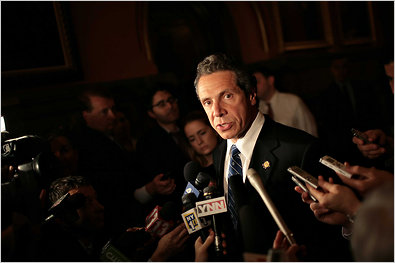 Influential African-American legislative leaders are pushing to get New York Governor Andrew Cuomo’s administration to relax a cost-cutting measure that they say forces patients to use inadequate medications. Concern over the legal language of the proposed cuts to Medicaid is particularly problematic as it especially impacts individuals with mental health and HIV/AIDS diagnoses. Opponents say the language allows health benefits managers, rather than physicians, to decide on the best medication for some patients. The directive moves prescription service for 3 million Medicaid recipients to managed care, a way to save money over the traditional fee-for-service method.

The directive is part of Gov. Andrew Cuomo’s attempt to cut billions of dollars from the state’s burgeoning Medicaid health care program for the poor, one of the most comprehensive in the nation. The cost is a huge part of the state budget and is growing faster than any other area. The decision is projected to save state taxpayers $50 million this year and $100 million in the fiscal year beginning April 1. The change sought by the assemblymen and health groups would reduce those savings $25 million to $30 million a year, according to the Cuomo administration.