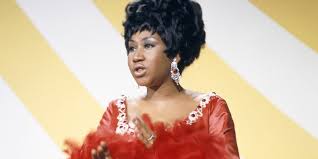 Aretha Franklin, the Queen of Soul was just that; a full grown woman of indomitable spirit and the embodiment of her God essence. She had an understanding of who she was and took authority over it; reigning supreme as her own- WOMAN. As any wise queen, Aretha accepted the inherent responsibilities that came with her hard earned title. She lived her life proudly; raised a family of strong Black sons, built a successful career in the music industry, and participated in community causes anchoring her to her ethnic heritage and roots. This teen mother and high school dropout rose above the challenges of stigmatization and showed the world what it meant to be Woman, Gifted, and Black!

Aretha, never seemed to lose herself, whether personally, professionally, ethically, or politically. She always appeared proud, self assured, and regal. She was a force, unapologetically Woman and Black; commanding and demanding RESPECT, as well as, extending RESPECT! What a stalwart example of strength, dignity, honesty, and love for home and community. We honor her power-full legacy.

Queen Aretha moved through this life as if invincible; bearing her battle scars with an unbroken spirit, a heart of compassion and an iron will to overcome. Her crown was not one of diamonds, rubies and precious gems, but the priceless and incorruptible elements of faith, strength, courage, love, compassion, wisdom, and resilience. Her nobility did not come from a hierarchical bloodline, but from the ‘ruah’ of the God Source — the God who created her marvelously and wondrously for such a time in which she lived!

Thank you, Queen Aretha. Look at what your legacy has unleashed in women on your behalf. Rest well, Queen, we, your daughters; we got this!