Picture it: I was a budding social media feminist, learning the ropes tweet by tweet. By the end of the first day my hands were raw from the climb. From one perspective, it’s completely my fault. I had heard the rumors that they emerge from the depths of Internet misery to make your life hell every few seconds. I had heard of them, and yet, I arrogantly thought that I was immune to troll debauchery. It took but one feminist tweet to incite the trolling troops. Within moments, I was bombarded by Twitter trolls and buried in memes.

So, sure, maybe it was my fault. But on the other hand, no, it wasn’t. Let me backup. 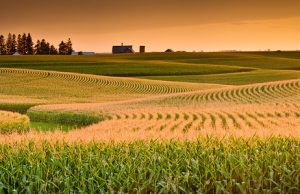 I have been a feminist for, well, forever. Growing up with two brothers in an Iowa trailer, I commonly watched my single mom hustle while working two jobs and commuting four hours to graduate school. I grew up with a feminist mantra from my mother: Be independent, rely on yourself and always remember that marriage was born of men owning women. Divorced in her early 20’s, I witnessed my mother work viciously as a social worker in the school systems, barely making ends meat. Feminism was part of my bones; it was the sweet Iowa corn that strengthened my muscles. It’s more than an ideology that I walk in to and out of; feminism is a part of me—it always has been, and it always will be.

Fast forward to the 2016 presidential primaries. I was, more than ever, with Hillary Clinton.

The role sexism played in coverage of her campaign was palpable. From the pantsuit jokes to the memes of her appearance, the only thing more obvious than the explicit sexism directed toward Hillary Clinton was the obliviousness that it was met with from both the Left and the Right. I couldn’t fathom the inability to admit that Hillary Clinton was clearly experiencing higher levels of scrutiny, supplemented by intense sexism and criticism over her appearance. I wasn’t asking people to believe everything she said or halt criticisms of a few questionable policy decisions. In fact, I regularly agreed with Joan Walsh who notes, “I continue to wonder whether [Hillary will] be more hawkish on foreign policy than is advised in these dangerous times. I’m concerned that she’s too close to Wall Street; I really wish she hadn’t given those six-figure talks to Goldman Sachs.” These criticisms are important because Hillary is not perfect, and I believe that criticisms—feminist and non-feminist—encourage Clinton to make better choices. However, I was also asking for acknowledgement that sexism was motivating so much of the cultural commentary surrounding Hillary Clinton. 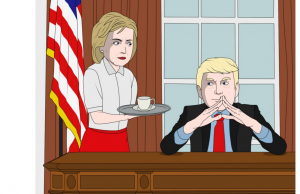 A key component of my feminist writing is a commitment to online and public pedagogy, investigating common cultural norms and how they’re communicated on new media. So, with an ethic of dialogue in mind, I did what I do best: I began engaging online.

Enter #BetterFirstWomanPresident, a trending hashtag that emerged days after Hillary was officially selected as the next Democratic nominee to be president of the United States.

Drinking my morning coffee, I began perusing the tweets, quickly glancing around my kitchen for something a little stronger. Yet again, Twitter had enabled hundreds of sexist and transphobic tweets about Hillary Clinton.

I was gutted. In a moment of monumental importance, a moment in which a woman—arguably the most qualified candidate in presidential history—may enter the oval office, tweeters created a hashtag that undergirds so much of patriarchal control: judging and pitting women against one another. The hashtag itself, #BetterFirstWomanPresident, explicitly asked Twitter personalities to judge Clinton against other women: who would be a better woman? Before any characters were entered, Clinton was measured and weighed, placed on scale of womanhood and found unfit.

And that was just the springboard needed for sexist Twitter trolls to expand. The more I read, the angrier I became. “How dare they create some disillusioned reality around what qualities the first woman president must possess,” my mind rattled. “We have no standards to judge a woman in the White House. We have no framework for a woman winning a presidential election. Why? Because it’s never happened before. WHY? SEXISM!”

I couldn’t take it. In response to the feminist pit in my stomach, I typed a few short yet poignant letters. “Nothing like some sexism to accompany my morning coffee. #BetterFirstWomanPresident #ImWithHer.”

Unfortunately, those few letters are all it took. Within moments, I was engulfed in Twitter-troll-hell. I was told to “make me a sandwich,” over and over again. “Make me a sandwich” was accompanied by sexist memes of Hillary Clinton, old advertisements where women served men, and increased notifications that these engagements were re-tweeted. My attempts at engagement were frivolous; I was outnumbered. As hesitant as I was to admit it, being told to make men sandwiches in such an overtly sexist manner affected me. It did something to me. My graduate studies had shielded me into partially believing a long-held myth: women have come so far. I soon realized that Twitter trolls place feminists in an inherent double bind.

So, what are feminists who engage through social media supposed to do? 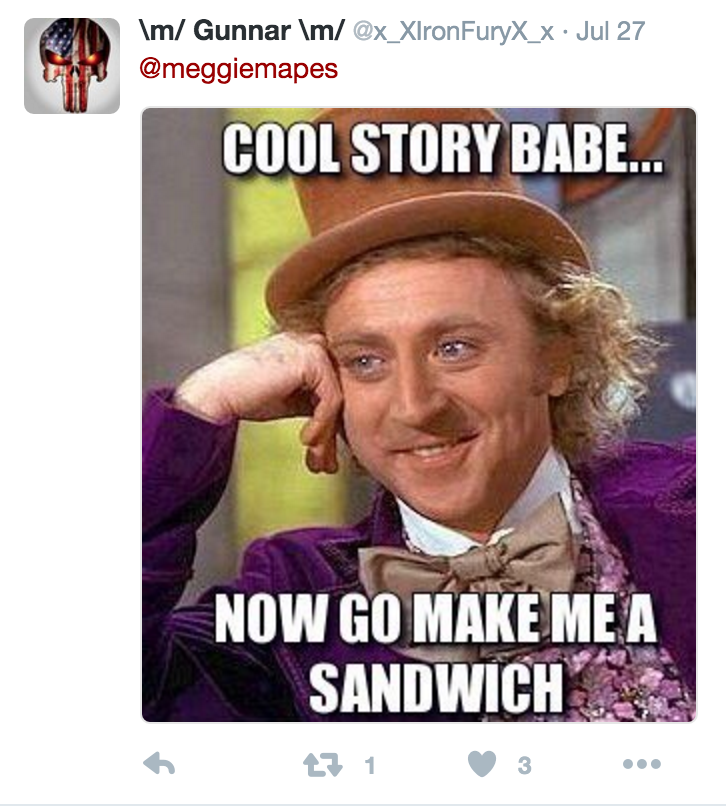 Sadly, I found little solace elsewhere. After sharing the experience with friends, they responded unsympathetically. “What did you expect? They’re trolls,” one said. “They don’t know you, and you don’t know them. I’m not surprised,” another noted. I felt horrible. I felt to blame. I felt like Twitter trolls had won. I felt like giving up. I felt like my intellectual expression as a woman had, yet again, been used as punishment. Worse yet? I am far from alone in experiencing the wrath of Twitter trolls. Searching for help, I found article after article of women articulating the cyberbullying they experienced online for their feminist commitments.

So, I ask again, what are feminists who engage online supposed to do?

I would never describe this list as exhaustive. In many ways, trolls adapt too quickly, however, contemplating strategies are part of my own self-care. I wanted to quit being an online feminist activist. I wanted to walk away. But feminism isn’t about me, not completely; feminism is about my small efforts in a collective movement to end injustice. That small reminder is my realization that, despite trolls, I will continue the climb. 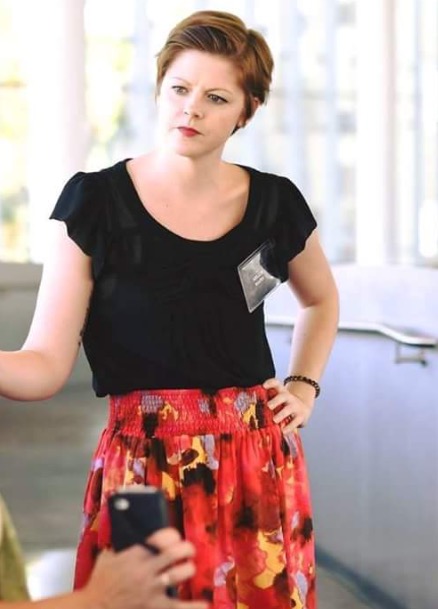 Meggie Mapes is a feminist writer and performer with a Ph.D. in communication studies. Committed to intersectional feminism, she studies the emergence of anti-feminist backlash in social media movements. She lives in Kansas City with her partner and two amazing dogs. Follow her on Twitter @MeggieMapes.