Trauma and Infinities: How Math Sharpened My Feminism – The Feminist Wire

Home / Activism / Trauma and Infinities: How Math Sharpened My Feminism

Trauma and Infinities: How Math Sharpened My Feminism

On one of my 90-minute train commutes this summer, I came across a post in my beloved ‘weird Facebook’ group that pulled me out of a cramped-middle-seat-stupor and into the woke world of lively discourse. In a black sans serif font, the image read “Rape isn’t the worst thing that can happen to you” across what appeared to be a childhood picture of the op (original poster). This macro (a picture superimposed with text) fit with the general aesthetic of the group – a community of 17,000+ people from around the world who come together to share original pieces of what I call “internet art,” or anything fit for artistic online consumption that is NOT already a meme. 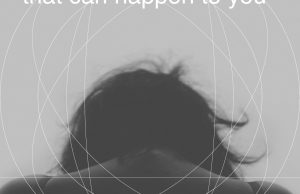 Posts in our group are usually self-deprecating, offensive to the outside (and often inside) world, or cater to thoughts of depression, sexuality, vulgarity, anxiety, irreverence, suicide, anti-normativity or existentialism. The posts are known to regularly reflect points of view that range from outright absurdist to apocalyptic. “Rape isn’t the worst thing that can happen to you” had little shock value in a group like this, but it touched something in me. Commenters responded with questions like, “You’re right. 20 years of torture is worse. Or is that the same? Idk” and “ive met ppl who say “if i was raped id kill myself” or sincerely try to say with a straight face that rape is worse than murder lmao ok.” They felt compelled to rank things like murder and torture against rape, as if to say that any one is definitively and objectively more ideal than the others.

This back-and-forth in my Facebook group struck a nerve in me. The attempt to hierarchize traumatic experiences hit me in a sensitive spot that has grown deep and wide over a lifetime of coping with the fallout of my own (non-sexual) traumas; to know trauma is to have a cavity in your side, one filled to the brim with pained empathy for friends and strangers alike who are surviving through everything from sexual assault to the death of loved ones on a daily basis. So I took great issue with the op’s callous evaluation of rape; the very act of assigning greater value to one person’s trauma over another’s in a game of whose-worst-experience-is-actually-the-worst did not simply lack in sympathy, it lacked in logic.

I felt fiercely compelled to comment on this post, despite the fact that I knew the macro would ignite a firestorm of argumentative outrage; I wanted to respond to the image in a way that dismantled its original argument without taking an exactly opposite stance. This is a rhetorical principle I picked up during my undergraduate years studying feminist theories and issues, and yet the op’s use of faulty comparative reasoning sent me spiraling back to a course called Mathematical Explorations, a class during which I mostly slacked off with other non-STEM students as a senior who simply hoped to fulfill her math requirement to graduate on time.

MATH 1300 was an experiential approach to mathematics (hence the name), a 3-credit attempt to expose students in various humanities and social science disciplines to the fundamentals of mathematical thinking. We did not crunch numbers, but we did attempt to adopt the mindset of someone who can evolve mathematical ideas; it was all about imagination, but was not necessarily fixated on technique or calculations. It was during one of our class sessions that our TA, a PhD student with a background in both math and philosophy (not an uncommon pairing), spoke about the concept of infinities – yes, plural – and that some infinities are bigger than other infinities. Many might recall this concept from John Green’s The Fault in Our Stars, a YA novel I admittedly own but failed to read before I saw the 2014 film adaptation in theaters. 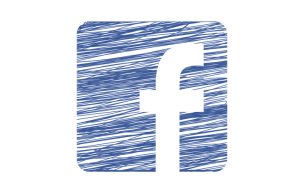 When I felt the need to respond to the op’s “Rape isn’t the worst thing” post and the comments that followed, infinity seemed like an excellent stand-in for trauma. Here is my unedited comment, so you might experience my argument in its first iteration:

Jamie Zabinsky I feel like a decent analogy is that traumatic experiences are like infinities. Some infinities can be bigger than other infinities but that’s not quantifiable because they’re all infinities, abstractions, and greater than all other things in life. For a rape survivor, that is likely the worst thing – the biggest infinity. For someone who gets killed, well, that’s automatically the biggest, final infinity. For me it’s something else, and the same goes for others. To compare trauma across different lives makes as little sense to me as the futile concept of comparing infinities whose values are boundless and largely equitable though technically unequal. 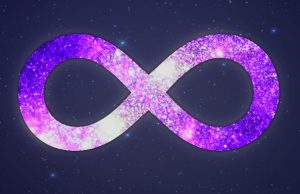 I can say, abstractly, that the effects (both negative and positive) of any traumatic experiences I have lived through are immeasurably large and endlessly significant, like a set of numbers (in)valued at infinity. But I can also imagine that bigger infinities exist; somewhere, in another life, stories of different traumas might read as ‘worse’ to me than the ones I’ve collected over the last 22 years. And I can see, without needing to imagine, that there are privileges and luxuries I have been afforded in conjunction with my traumas: ‘it could have been worse,’ or ‘it wasn’t so bad,’ are easy frames of mind we slip into when we attempt to reconcile our lives with the real or imagined lives of others. We can, only in theoretical terms, conclude that perhaps some traumatic experiences could grow higher, or longer, or deeper in infinite manners than others. The crux of trauma, however, is that it signifies the most intensely (or violently, or depressingly, etc.) negative-perceived experience(s) in a person’s lifetime. Trauma is an infinity in the narrative of life, unable to be quantified, difficult to explain and, more often than not, deeply misunderstood.

It is entirely possible for people who have experienced multiple traumas to say that some experiences have had a larger, longer-lasting or deeper impact on their lives than others. All hardships are not equal, just as infinities can technically vary in innumerable size. But to assign fixed values to lived experiences like rape, other assault or abuse, childhood disruption in the home/family, combat, incarceration or witnessing death, destruction or massive violence – which all have endless capacities to impact the lives they touch – is a grossly reductionist endeavor, and runs the risk of erasing the importance of stories simply because we can imagine they ‘could be worse.’ We should, for the sake of recovery and compassion, accept the ambiguities of traumas rather than focus on the impossible task of quantifying their effects. 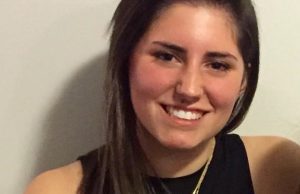 Jamie Zabinsky is a recent Cornell University grad working in the PR industry. Lifelong learner of English and Feminist, Gender, and Sexuality Studies, only now without the mandatory papers and graded assignments. Lover of memes, documentaries and cheese fries.