My Disability is a Joke – The Feminist Wire

Home / Academia / My Disability is a Joke

My Disability is a Joke

By Guest Contributor on November 9, 2016

What if your disability were just a punchline?

Online at The New York Times Opinion, they’re thinking about disability. Funny how quickly these conversations are dulled, transformed into overly serious explorations of a topic we’re still not allowed to discuss, let alone scream and shout about. Case in point: the first installment, by Rosemarie Garland-Thomson, feels like the NYT editors coaxed it into palatability. The essay’s subtitle calls for disability’s own pride movement. Immediately the writer’s ambitions excite me; I’m envisioning the chaos of a newly liberated crowd in a cloud of glitter, hoarse from cheering. Apparently, the Times editors think that scene’s too loud cause they shushed disability into proper politesse, as if settling down for dinner with a white Midwestern family.

Garland-Thomson’s piece opens with her friend telling her, “I don’t think of you as disabled.” The author 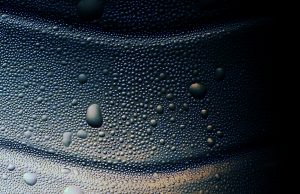 interprets this response as a normalizing of her identity. When people have claimed that my condition is not a disability, it means something different: it means my disability—excessive sweating—doesn’t automatically trigger sympathy. They can’t locate the pathos in the idea of drenched hands and dripping pits. We treat disabilities as serious, often sad, as isolating as they can be unimaginable. But why do we do this?

Political correctness has allowed disability to come to light, but in doing so, we still cater to the able-bodied: we’ve manufactured tight-lipped ways of talking about our disabilities—ways that will make them comfortable. The topic of disability, in turn, becomes Wonder Bread. That’s the real PC scandal. People living with disabilities are tiptoed around, their pride movements redirected to side streets. We are forced to swallow our emotions about our disabilities, scared to disclose because we actually want to emote. We are turned up passed 11 cause disabilities need more than just attention: goddamnit, they need stories. 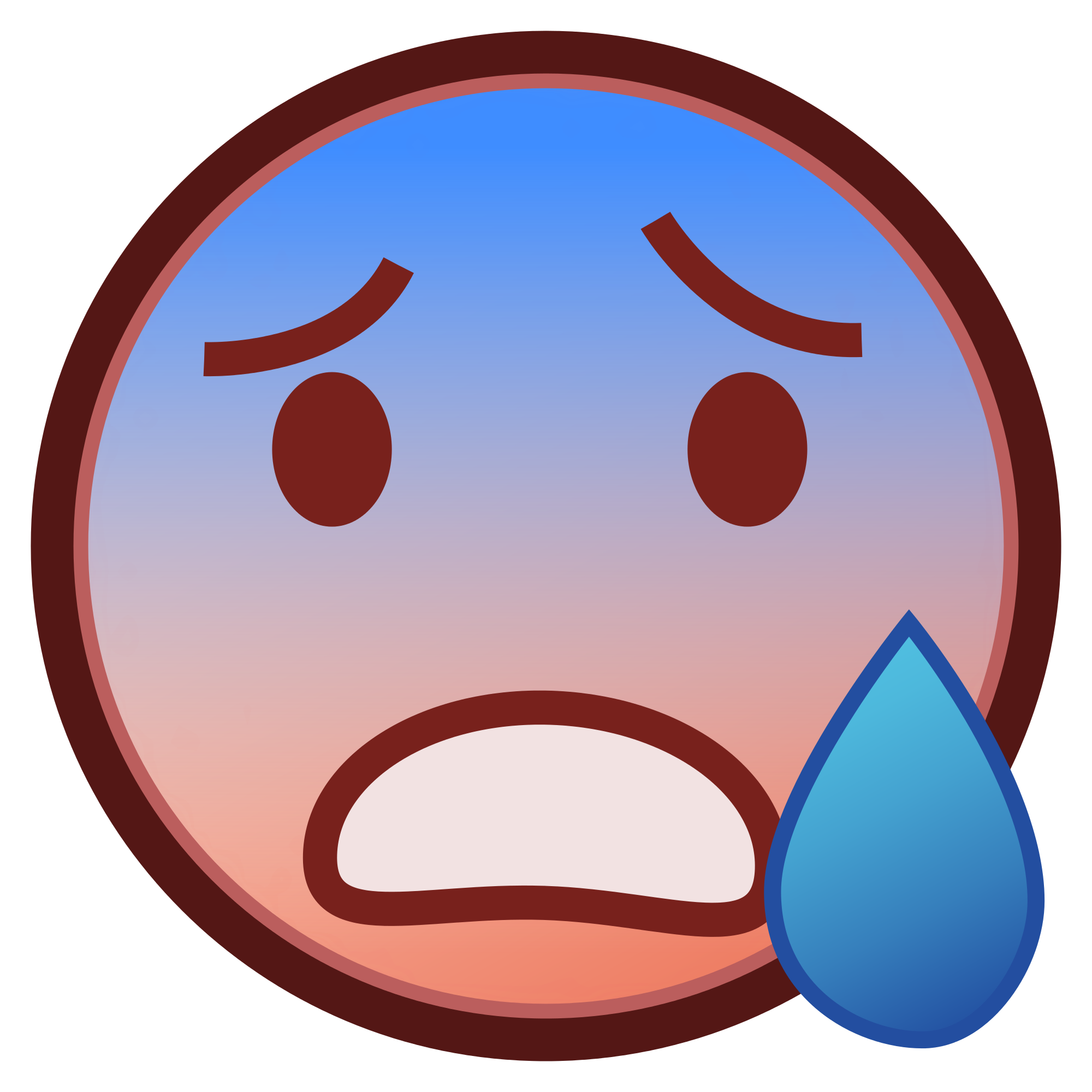 And yet, I still feel as though I can’t tell the story of my own disability without hedging and minimizing. There is no existing colorful narrative about my disability, so I can’t tell my story in a way that lets me unload all the sweat-inducing baggage that comes with it. I have primary hyperhidrosis, which means my hands, feet, and armpits sweat excessively. I’m not talking clammy and no, I don’t need to use a different deodorant. I’m talking puddles of surplus water. It’s a favorite cultural cheap shot. Every sit-com and rom-com uses the ragged wet body as a sight gag. See my body’s strange, damp ways, cue the laugh track. The jokes come a dime a dozen. But once off screen, my disability is forgettable. When I see something like, Beyoncé’s VMA performance, I can’t even enjoy it without thinking, how is she not drenched?! Why are those tiny beads on her forehead tracing a tiara and all I ever get is a paper bag? Most hours of the day I’m soaked in paradox: I seep so much sweat my hands go grip-less, but even grip-less, I still have grit. Most of the time.

Generally, excessive sweating is misunderstood in nearly every way. Besides detecting over-active fight-or-flight responses and some hereditary link, doctors still don’t know much about hyperhidrosis.
My disability is at once deceptively easy to relate to and yet truly incomprehensible. Everyone has
experienced sweat. Thinking back to sweat, people remember their first school dances (no matter how much room was left for the Holy Spirit), and those crucial job interviews (when did we collectively decide on shaking hands?!). People recall these moments through a privileged, self-deprecating detachment: an embarrassing time, a diary entry, or a clever Tweet. At most, a funny story.

But let’s consider the jokes. Donald Trump attacked Marco Rubio by pointing to his sweat, obvious evidence that Rubio couldn’t handle the pressure. Swinging a water bottle around, the crowd roars at timid Rubio. Imagine the classic nervous guy on a date—a sweaty virgin laughable in his innocence. 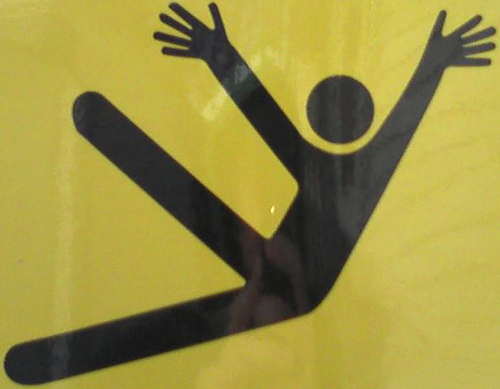 When I do divulge my disability, I’m told, “That’s nothing!” Sometimes followed by sympathy: “I sweat a lot when I work out!” Or, “Girl, I get swamp butt! I totally get you.” Calling excessive sweating a disability confuses people. Right now, you yourself are probably thinking, “Oh, that’s not so bad.”

You can’t imagine the number of times I’ve rerouted my career track: Acting? Out. Veterinarian? No.
Hairdresser? Scissors? Ha! Nope. Professor? Well…fake it ‘til I make it?

Once, someone told me they think they “have that too” because their white shirts had pit stains. Please. That’s when I cue up my own laugh track. On a weekly basis, I’m subjected to people laughing at how they are “such a sweaty mess!” I smile or chuckle, as one does, while digging my hands down my pockets. Sweat is an inside joke that everyone shares… including me.

But have I mentioned I am a woman? “Women don’t sweat, they glisten,” as the old saying goes. The jokes about women sweating are harder to come by. Combining the feminine body with sweat is much too unseemly for cultural discourse. Why do you think the “panty challenge” is a thing? Under-wraps or above-board, women are trained to slow their gland production roll. 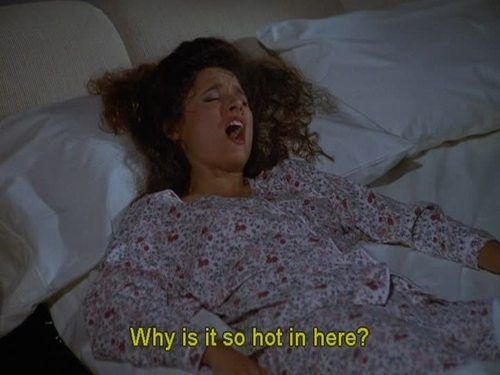 For me, there is no comic relief. Yea, my sweating could be funny. Just the other day, sitting at a table with a professor, I reached over the article he had in front of him. I accidentally brushed his article with my hand, leaving a splotch of wetness. He and I both stared: bug-eyed, he stared at the damp paper, and wide-eyed, I stared at him. After enough time had passed for me to notice he had recently gotten a haircut, he covered the splotch with another article. I want to laugh about this with him, but sweat is and continues to be framed as gross. So yea, my sweating could be funny. But usually it just pens me in. I gotta perform more misogynistic body-checking than the average woman. Some of us try not to bust the buttons, some of us tuck our junk, and some of us straighten our hair. I sit on my hands and stuff paper towels into my shoes. I take stock of exit signs and pop Xanax to trick out my body. Still, the sweat outs me, tripping me up, causing technology to become irresponsive, leaving slick on surfaces, rendering handshakes unbearable, fabrics unwearable, and so on. Back in the day, I got those trendy Tory Burch flats. Little did I know they also doubled as mini wading pools! I might as well have been ice-skating for as little as I could walk in them without holding on to my partner’s arm. Now they sit in my closet with the rest of the shoes I can’t use, salt-outlined and stiff.

The NY Times’ Rosemarie Garland-Thomson becomes empowered when she demands accommodations for a body she wills to be seen as unabashedly disabled. I love that. But if I were to ask for accommodations, I would only breathe new life into society’s anti-feminist punchlines. Can you imagine me, a young female college instructor, bringing a towel into class? My always already sexist evaluations sure as hell can’t handle that, but the sitcom situation can: I’d be great as a hypothetical SNL character addicted to working out, rocking only towels and athleisure, or as a character in The Hitchhiker’s Guide to the Galaxy where the mirthful absurdity lies in worshipping towels. 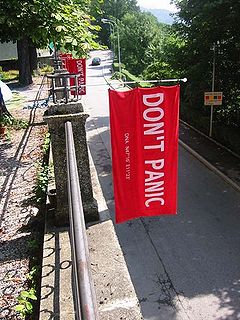 People living with disabilities most definitely need their own pride movement. We need lively expression and thoughtful materialistic designs and Mardi Gras beads and publications that insist we turn the volume up on our surprisingly beautiful lives. We also need new jokes. We need these things that are as natural to us as breathing to not be the taken-for-granted, butt-end appeal to snickers, guffaws, and grimaces. Accommodations are great, but they’re too often merely adjustments. We need to be allowed to change perspectives, and that begins by people creating a space for our bold stories. We want to tell stories to our audiences, rather than for our audiences. These stories, in short, need to come from the inside of disability, not from the outside.

Sweat might just be a part of most people’s everyday lives, but for me, sweat is my life. And my life isn’t a joke. So the joke’s on you.

In writing this piece, I am not asking for sympathy nor am I asking for an addition to the PC manifesto. I am, however, yelling into visibility something I am taught to keep invisible every day. And I’m doing it on my terms, according to my sense of humor. That’s the accommodation I need: an outlet to speak about my disability—even laugh about my disability—without worrying if it makes other people uncomfortable. Imagine the burst of productivity, the shot of creative energy that would infuse our cultural imaginary if everyone living on the margins could experience this cultural imaginary as the commonplace we pretend it is. What would ensue is an inclusive, electric, and vibrant place full of jokes that really crack us up because they’re actually cracking up the commonplace misconception that we don’t belong. 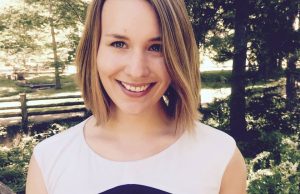