How I Built Community While Researching Accountability – The Feminist Wire

Home / Academia / How I Built Community While Researching Accountability

How I Built Community While Researching Accountability 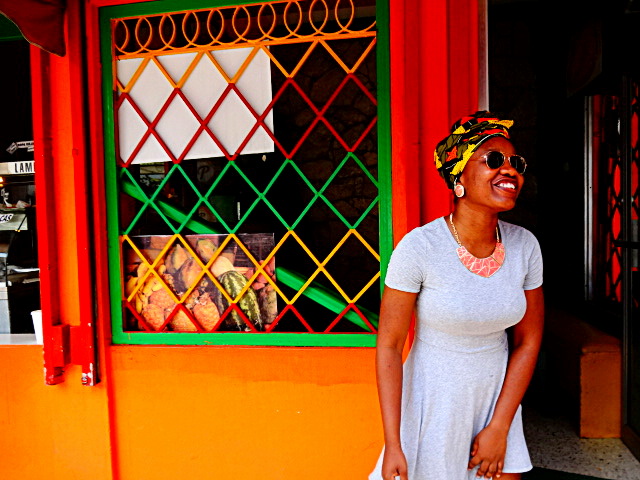 How do you search for what is intentionally hidden?

How do you look for what does not want to be found?

I stared at the keyboard and with each term combination, my hesitation grew. The anxiety towards what I might find grew and grew.

When I met Aishah Shahidah Simmons she was the Sterling Brown Visiting Professor of Africana Studies at Williams College. To me and all of the students who engaged with her while she was at Williams, she was Professor Simmons.  It was spring semester 2016 and I recently returned from a semester abroad. Being her “research assistant” was all I knew I needed to be on campus to go to classes, make my money, and mind my business. I didn’t think it would be too difficult a task; I had researched her while abroad, reading through her biography and watching youtube snippets and I thought she had a pleasant disposition though sometimes abrasive. But no-nonsense, for sure.

So when I met Professor Aishah Shahidah Simmons and finally introduced myself, hastily at the end of our first class together on Black Women Filmmakers and Writers, she was perhaps exactly as I had imagined and simultaneously wholly revitalizing: open-spoken and straight to the point with subtle variations in the face that told all one needed to know about how she felt. She expressed a desire for clarity, constructive community, and most of all – accountability; the syllabus certainly foretold how accountable she would hold us. Her demeanor expressed how accountable we could hold her.

I knew we would get along then.

All I knew was that I needed to be her research assistant and I wasn’t quite sure what that entailed. I was out of my depth, for sure, but I wanted to do a good job no matter what. After all, two of my most respected professors – Drs. Rhon Manigault-Bryant and James Manigault-Bryant — had recommended me for the position. I had to do a good job just to make sure I didn’t discredit or disappoint them. It didn’t matter what she would ask of me, whether that was paper pushing or making copies of important womynist documents or searching through databases of some deep artistic material only attainable and applicable to an elect, I would do it. I expected our first meeting about her research to be similar to all other meetings where professors hand down the law and liberty and dictate hours of contact and other formalities, widening the gap between researcher and assistant.

Professor Simmons instead brought me in. She spoke of her background and her very non-traditional trajectory in academia and filmmaking. She spoke of her previous film NO! The Rape Documentary and sometimes went on a tangent. She asked me about my family and how my time studying in Senegal affected me. She told her story, saying the words, “I am a survivor of incest and child sexual assault, and this next project #LoveWITHAccountability speaks to that,” and I thought then how unprepared I was to work for her.

When she first told me the next project was focusing on child sexual assault, and she asked me to take notes about specific terms, and write down dates that worked for us to meet again, I thought I knew what I was getting into. I had done literature reviews before and child sexual assault was just another topic. I didn’t know what I was doing, and as I redid and reformatted the first document I sent to her – in fact at every step in the project hereafter – I realized more and more the nuances of what I was researching.

“Search combination after combination, across multimedia platforms, throughout history and up to the present,” she told me. “In the future, if you have questions, just ask and don’t hesitate to contact me,” she added and as the search, catalogue and analysis of literature and scholarship on child sexual assault continued to grow, I would come to rely on her heavily for guidance in how to bring shape to the topic as well as what conclusions to draw. In the conversation that changed everything, she told me to look for what wasn’t there and report on that.

There was no language for what I was looking for: most disciplines employed pedagogy that was wholly incomplete, and most lay-websites and non-profit organizations seemed too well-armed with binary dialogue to apply the research being done. Personal blogs and sites utilized inflammatory, provocative language, speaking to the multitude of negative constructions with which CSA, its survivors and aggressors live but speaking to the various testimonies of loss and survival so many people had to share. But there was so little! Hours upon hours and hours spent searching all combinations of the terms and I’d still only turned up one half-full excel spreadsheet.

Some searches returned gems and turned up five or ten books and articles investigating the long-term consequences of child sexual assault on health, social and emotional development, risk-behaviors and decisions, as well as family dynamics, while others produced articles only marginally related.

The research left me with several questions. I was out of my depth; I had no frame of reference for how to become approximate to the topic of child sexual assault. I didn’t know how to care and what to do to help. I was confronting a taboo subject and the scarce research findings reflected as much.  But in my conversations with Professor Simmons, and reading the literature, I became so much more well-informed along the way: I learned about the conditions that might incubate child sexual assaults; I learned about the cognitive and social obstacles children must face in order to come forward and use a voice and agency that was taken from them. I learned about the tyranny of silence. The long-term influences on decision-making and long-term effects on relationship evaluating, the struggles and successes of building and maintaining a healthy self-concept and image, and survival techniques of child sexual assault survivors that adapt in adulthood.

Professor Simmons helped me to operationalize what it meant to survive trauma, as a non-linear process, and the key contributions of a community that collectively cares. I knew she was doing honorable work and I, for my part, was helping her. So many times she emphasized accountability, responsibility. Accountability and love, with love, from love and I had no idea what she meant. I thought I did.

If I developed as a researcher with Professor Simmons, then my progress and development socially and emotionally do not compare. I began this project thinking I was objective and that was the best way to be: I could type in those key words over and over and read the results and testimonies and I could remain attached. But I couldn’t. I began this project, I realized a couple months ago when I first started thinking about what to type, believing I was at the point Professor Simmons was living in: forgiveness and desiring to love with accountability. I discovered I was all but impartial and rather ill-equipped to view survivors and aggressors in an equally loving manner. I demonized the aggressor and called them monsters and thought, “how could they?” and “how could anyone love them?” The more I learned, the more this solid boulder of negativity would coalesce in my stomach and explode in my brain – I, neither a survivor nor aggressor.

Every meeting I had it on the tip of my tongue to ask her if she still managed to be repulsed and if maybe I was too far from this margin to understand the dynamics; I bit my tongue because what if I, in my infinite ignorance, managed to say the wrong thing and offend? Professor Simmons kept emphasizing this “role of the community,” and “accountability,” and “responsibility,” and I would look at her and wonder how she could not be angry and boiling and bitter and hate.

I wondered, “how do you not hate?” Throughout our conversations she answered, working with a Black feminist licensed clinical psychologist, one of her teachers, Toni Cade Bambara, sistren, her cultural work, vipassana meditation and sistren, I knew then that if following that truth was healing her and kept bringing her back to this honorable work, that indeed we were no longer student and professor, but mentor and mentee in an intergenerational sisterhood. It was then, at the end of the semester, that she went from Professor Simmons to Aishah.

I understood the scope and the breadth with which Aishah needed to work and in the beginning, and I constantly thought she would “find me out” as one of the people needing her work the most. How ironic? In the beginning I was worrying how to best produce work she might incorporate into her project, and by the end I was strategizing on how to best implement her work into my life, yes specific to child sexual assault in Black communities, but also in attempting to answer the larger question of how do I forgive those who trespass against me and yet exercise a restorative, comprehensive form of justice that allows the process of loss and recovery to take place without marginalizing another?

What are ways we can do this as a community?

By the end, Aishah challenged me to access healing without hurting and I remembered again how unprepared I was to work for her. 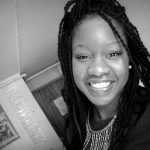 Aunrika Tucker-Shabazz is a rising senior with a dual major in Education Psychology and Francophone Studies and a concentration in Africana Studies at Williams College. Her research interests include migratory subjectivity, self-determination and rhetoric, and race-based economic discrimination in housing practices. As a Pohlad Scholar, Questbridge Scholar, and co-editor of the Williams College Africana Magazine Kaleido[scopes], Aunrika has expanded her cultural rhetoric studies into West African Francophone communities. After completing her undergraduate degree, she plans to pursue a doctorate in Social Psychology and Stratification. She worked as a research assistant to Aishah Shahidah Simmons in Spring 2016.