“Capital-P-Productivity” is what a friend of mine called it once. For a long time I’ve been trying to put words to an experience I have had again and again, and this phrase comes pretty close. I, and many others I know, have experienced generous doses of Productivity’s nasty side effects for our well-being, and yet I have read so many articles that don’t really seem to do the whole thing justice. I’m not really sure what the whole of Productivity is, but I know that is has something to do with mental, physical, emotional, and spiritual well-being—something to do with the many complicated, difficult and beautiful aspects of being human that fall by the wayside when we so prioritize Productivity. Maybe something in addition to mental health is going on here. Or maybe it is mental health, but with much deeper and more far-reaching consequences than most like to acknowledge. Is there really a difference?

“You are worth so much more than your productivity.”

Every time I see these memes, I am struck by how a profound and complex critique can be encompassed in so few words. This conception of productivity always stays with me because it validates a set of struggles that have deeply affected my well-being, but that I have largely been unable to articulate or legitimize. Only recently have I been able to more clearly see how striving for Productivity is linked to my self-esteem issues, anxiety, and perfectionism.

Every time I read “productivity,” I am reminded of the countless times I have heard similar stories from friends and acquaintances about being overwhelmed, stressed, pressured, unhealthy, unhappy, overworked, stifled, apathetic, or uncreative. These emotions, of course, often lead to something less than perfectly Productive. I have also heard that people are able to struggle through these difficulties in order to still be perfectly Productive. So many don’t have a choice—in many cases it’s a privilege to be able to afford not being Productive. In the end, the dividing line, between those who are admired as Productive and those who are not, does not really correspond to how much we struggle. Indeed, for many, whether “successful” or “unsuccessful,” along for the ride is also anxiety, depression, and disillusionment that is exacerbated, or even caused by, the strain of Productivity. For the thousands of experiences, feelings, struggles, and priorities that might keep someone from being Productive, there may also be the experiences of failure, falling behind, passing but not exceling, or a pat on the shoulder, but certainly not the institutional praise, value, progress and legitimacy that we are all supposed to aim for.

Productivity can mean different things for different people but it exists in a fairly narrow framework. It’s not just any kind of productivity, but rather Productivity that generally relies on rational intelligence, certain kinds of (usually technical) skills, and useful outcomes. All this tends to involve a specific (classed, gendered, racialized) background that has endowed someone with key qualities and opportunities for Productivity. Most importantly, Productivity so often equates to work that produces quantitative results: grades, scores, certificates, degrees, titles, positions, and money. What it almost certainly doesn’t mean is having depression such that you cannot complete your work. It doesn’t mean choosing to spend the evening having a mind-blowing conversation with friends instead of finishing a lab report due tomorrow. It doesn’t mean staging protests and rallies to stand up against unequal and oppressive institutions. It doesn’t mean taking walks or dancing or singing just because it does you good. It doesn’t mean taking a semester off for your mental health. It doesn’t mean partying to your heart’s content until the early hours of the morning. It doesn’t mean spending sixty minutes of a professor’s office hours talking about the way a class is impacting you emotionally rather than valuing the logical and rational. It doesn’t mean choosing to write an essay in colloquial language because that makes more sense to you or because you don’t like academic jargon. It doesn’t mean literature, poetry, music, and art. It doesn’t mean talking about how your educational background makes you less prepared for the expectations of college course-work than many of your peers. It doesn’t mean a life ruled by lacking “legal” documents or state violence. It doesn’t mean being loud and angry about how racism, sexism, homophobia, ableism, xenophobia (the list goes on and on) affect your ability to perform basic functions in a college environment, much less “excel.”

It doesn’t mean not being able to afford that college in the first place.

These things add up to more than the sum of their parts. We live and work in a system where those very aspects of life that might be most important are those that are consistently shoved aside for the sake of Productivity. Something structural is happening here.

Focusing on the thousands of experiences, feelings, struggles, priorities, and backgrounds that might keep someone from being Productive might give us moments that begin to feel a little better, healthier, and more meaningful: emotional better-being (as opposed to well-being) when we take even small steps for our mental health, fighting the important but not-so-sexy fight to resist Productivity’s power, personal empowerment by prioritizing what matters for each of us, and moments of peace, contentment, and creation. You can (maybe, sometimes) choose to not always be Productive. It might also mean being beaten down, getting dirt on your hands, losing jobs, opportunities or citizenship, legitimizing anxiety or depression, and turning your back to resentment and disdain from those who value Productivity. No matter what, prioritizing the work and experiences that are not necessarily Productive almost certainly does not mean the institutional praise, value, progress, and legitimacy that our Productivity-obsessed society tells us we should be striving for.

And it is absolutely not a coincidence that this all serves the goals of Capitalism. It doesn’t take much to understand that Capitalism requires the perfectly polished essay, completed lab report, and logic-based thinking instead of evening talks with a friend, taking up space with emotions, or losing yourself on the dance floor at 2am. The point isn’t that the former are bad; they may be someone’s passion. The point is: do they finish that essay because it is their passion or because they must be Productive? And can we even distinguish between the two?

Capital-C-Capitalism. This is about the economization of the university, decreasing value of liberal arts educations and humanities and arts fields, increasing exclusivity of post-secondary education, and manipulation of radical politics by hegemonic powers (to name a few). Indeed, these help explain the relationship between Capitalism as a global system and Productivity as an influence on people’s lives. But what really matters is people, their lived experiences, their losses and their gains, their joys, and their pain. We only stand a chance of uprooting this (white-supremist-cis-heteropatriarchal) capitalist system if we recognize the ways in which these structures order our daily lives, our relationships to our own beings, and to the beings around us. We might call this a Marxist analysis because in many ways we are being alienated from the labor required for every aspect of life and leisure, not just the productive economic labor of a job. We might call it a feminist analysis because the fields and qualities being uplifted and prioritized are dominantly racist patriarchy. We might analyze the role of heterosexist reproduction because certain kinds of bodies and relationships are required to contribute Productively to society. We might analyze the role of borders and citizenship because the lives and Productivity of so many are dictated by the precarity of illegal or liminal legal status. There are certainly a myriad of other frameworks through which we can, we must, understand this problem. But regardless of the label, the point is that this Capitalist-Productivity nightmare is not just a global structure; it is a local one that has penetrated countless aspects of communities and individuals. We have internalized Productivity. So many of us live and embody this value of Capital-P-Productivity, whether we realize it or not, whether we want to or not.

While I write from a location centered in the U.S. post-secondary educational system, the violence of Productivity surely also exists within various forms of work: the poorly paid 9am-5pm jobs, the night shifts that put food on the table, the prison labor that denies access to basic survival resources, and so many more. Our minds and bodies are reservoirs of infinite intelligence, creativity, feeling, connection, and resistance, yet we constantly fight an uphill battle to make these possible, to acknowledge and value them. Our minds and bodies deserve so much more than that.

We must also recognize that the particular ways Productivity orders our lives is part and parcel of what systematically excludes people from ever being recognized as full human beings worthy of health and safety in our society. It’s both about the horrific affects that Productivity has on us as individuals and communities and also about the fact that, structurally speaking, it’s so much harder (often because of literal violence) if not impossible for some people to attain the levels of Productivity dominant society imagines we should all be capable of.

Let us begin to acknowledge the ways that Productivity rules so many of our lives and let us begin to see that there must be, and is, so much more to life. Let us recognize the immense privileges that, in some cases, come with being able to consider not always being Productive and the immense roadblocks that others face in achieving any kind of Productivity. Let us imagine a new way forward in which our minds, bodies, and souls move and change according to what is good for us. Let us prioritize fluid ways of being that we may not yet be able to name.

** The author would like to thank a special friend whose strength, wisdom, and patience made writing this piece possible. You know who you are!** 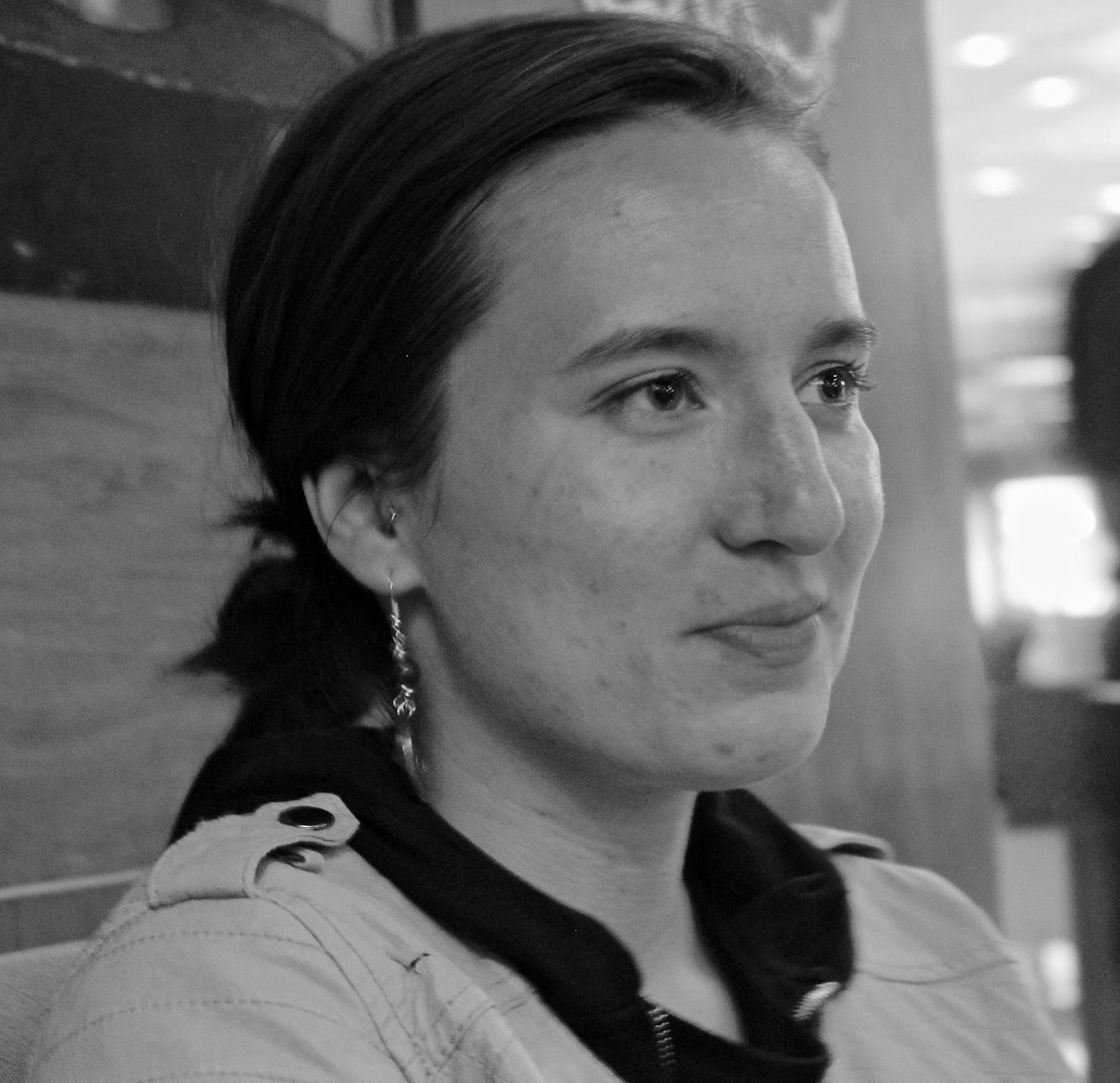 Laura Honsig is a senior at Earlham College majoring in Peace and Global Studies and Women’s, Gender, Sexuality Studies. She loves traveling, reading, writing, dancing, and music. Originally from Austria, Laura has lived most of her life in the southern and midwestern US. She has no idea what she wants to do in the future but hopes that it will always involve lots of learning.