They will be the last of her things to be taken away. The toes still wear a grin of mud and there is an attitude about them. One is turned atop the other. They could be two horses dozing in a summer field, or parent birds discussing the future of their offspring.

She had other shoes, but these were her back door shoes, slipped on in a hurry to answer what called. She wore them out. Look at them. A parody of shoes. The leather bleached and warped, the toes curled up and the sole lolling. The backs have all but collapsed where she rammed her feet incompletely into them to chase a squirrel from the birdfeeder, or a cat from the garden. There is a little knoll on the left one in the shape of a bunion. She must have stood on her toes too much.

No one would think these two with nothing much to say for themselves wore the linoleum bald with all the back and forth from the garden. They wouldn’t think that the right shoe broke the kitchen window the day she flung it off in a fit; nor would they guess how many times each kicked the back door open as she came in from the garden, overloaded with tomatoes or apples or beets, cursing the weather or varmints or blight, tumbling all at the same time her load into the sink. The shoes would be pitched into the corner or crumpled beneath her as she stepped in and out of them, caterwauling to Me and Bobby McGee as she inspected and trimmed, washed and sorted.

They’re all done now, these shoes. They don’t know anything else. They will be carried out to the trash like two dead rats by whoever finds them. But for now, they remain by the back door, just where she left them. Awful with her life. Molecules of sweat and salt still singing on air. 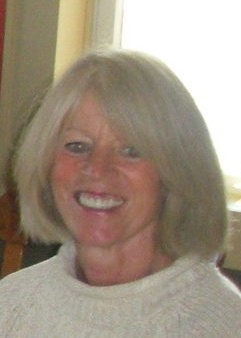 Mary Cuffe Perez has published articles in Adirondack Life, the NYS Conservationist, Yankee, Northern Woodlands and many other magazines. She has published poems and short stories in numerous literary journals and in 2013 published (The Village Press) a booklet of memoirs of nursing home residents, entitled What We Keep: Life Stories from Maplewood Manor, funded through a grant from the New York State Council on the Arts.