Black Reading Pleasure: On finding a Lovesource  – The Feminist Wire 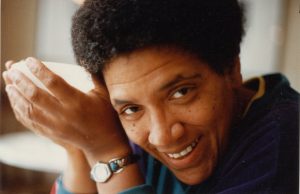 In college, reading the work of Black authors became a watering hole for me. I’d be huddled in the stacks of our college library or zipping down I-90 on a Greyhound bus headed to New York, soaking in the writing of Audre Lorde, bell hooks, and Alice Walker, to name just a few authors that expanded on the Black experience. Was I trying to avoid studying for organic chemistry? Probably. Or determine where the turbulence within our college’s Black Student Union came from? Perhaps.

At the time, I did not realize how these writers would provide a texture and further understanding to concepts of Black community, politics, family and relationships. Lorde’s use of the erotic as a measure of pursuing a deeply felt life introduced me to leaning into a feminine sensibility and power. Equally, hooks’ examinations of self-esteem helped me to counter self-doubt with an affirmative approach. Moreover, I began to see myself firming up each time I lapped up their words.  As I sifted through ideas and thoughts expressed in the works of many Black authors, they became a source of maturing love.

Thinking of language as water seems odd but that is what it feels like. I picture less of what I look like: riding the A-train uptown to Harlem with Lorde’s biomythography, Zami, in my hands. Or reading Baldwin’s If Beale Street Could Talk while walking through Morningside Park, also in Harlem. Now, I just feel thankful for their words nestled in some recess of my mind and, for the lineage of Black thought coursing through me. 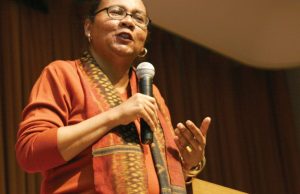 I don’t often think about what these writers provided for me during a time when I wanted something close to the platform for the Movement for Black Lives to constitute my schooling and the commitments of my college institution. It was recently at a healing village known as Harriet’s Apothecary that I felt the urge to reflect on the impact that certain Black writers had on me. One of the “co-conspirators,” as she identified herself, encouraged us to meditate on Blackness and what loving Blackness looks and feels like for us personally. Initially quieted by the question, I remembered a line from a song I learned in kindergarten by actor and teacher Ralph Carter, known for his role in the television series Good Times: I love myself down deep inside, I love my hair and I love my eyes. Loving myself as a Black girl began with these words that urged me to love up on each aspect of myself and focus inwardly when in doubt or when seeking an answer. These words were a source of inspiring love.

In a time where missiles and daily micro-aggressions pelt Black people in a myriad of deadly ways, I appreciated the evocation of the survival ethos of Audre Lorde in a recent essay by Laurie Penny. She concludes her essay with a line from Lorde’s A Burst of Light, a cancer journal, “Caring for myself is not self-indulgence, it is self-preservation, and that is an act of political warfare.” Lorde reminds me of the exigency in taking a tactical, multifaceted approach of radical resistance to a world that tilts towards violence and domination.  She reminds me that love of myself, love of the Black self is an unending lovesource. A replenishing place where lovework; (a term I borrow from artist Soraya Jean-Louis McElroy) takes root; an opportunity to set an individual and community intention to engage, and protect each other from destructive forces. 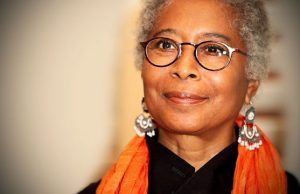 One of the spiritual aspects of reading Black authors for me has been fleshing out the concepts offered by the writers.  It has encouraged me to set intentions for transformational community; for a people to people justice bridge where we can read, rest and reflect on how thankful we are for a legacy of Black woman warriors; for discoveries of how Black feminists, self-declared and un-declared, show up sensually and powerfully in our family and community history; and, for periodic flights on the super-charged blanket of Black feminism useful whenever you step foot in the world and need to fly Black like me…

Black believed
in what Africa
was attempting to do.

Africa
was attempting
to replicate the love they
had with Black.
Which is impossible.

But they made
close approximations.
And the flooding memory
was a body

of water they drank
in the heat
of the night. 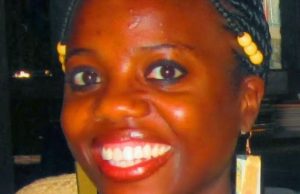 zing taiwo writes poetry, journals and long letters to friends.Author of self-published chapbook A Brown Girl Breathes Golden, her next book of poems will be out soon, distraction be damned. Her writing can be found at www.bigwordgirl.com.