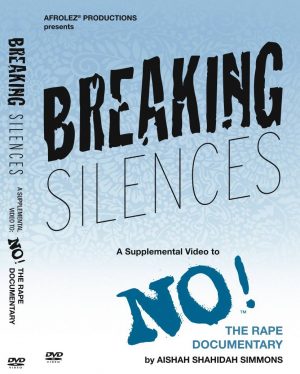 I first heard about Nate Parker’s and Jean Celestin’s college rape trials in 1999 from  sister-comrade-friend and an associate editor of The Feminist Wire Dr. Heidi R. Lewis several days ago. I wasn’t able to read any of the media documentation of the events until the morning of August 17, 2016. Independent of the recent revelations about Parker and Celestin, I was already triggered around my child sexual abuse. I was very unsure if I would have the wherewithal to be triggered around my own rape herstory. Addressing incest and rape is my life’s work. With the support of Dr. Clara Whaley-Perkins, Ph.D., my Black feminist licensed clinical psychologist and my dedicated practice of vipassana meditation, I moved through my own recent triggers enough to learn more about what happened at Penn State University in 1999.

I am appalled, outraged, and deeply saddened by what I read and subsequently would define as a gang rape. You can read the transcripts of his phone conversation with the victim who committed suicide thirteen years later in 2012.

I know Nate Parker was acquitted seventeen-years ago. I also know his acquittal doesn’t necessarily mean that justice was served. We still don’t have a full understanding of what rape is in 2016. In 1999, rape for many was viewed as a bad sexual experience for the victim and not a violent act.

I am enraged that many of US choose to have faith in the U.S. INjustice system ONLY when it’s time to get real about rape. But no, I am not surprised. Heaven forbid we take the time and energy necessary to foster and maintain an ethic of accountability ever. – Heidi R. Lewis

We are consistently privy to how the criminal justice system fails too many individuals who have experienced unspeakable racist, white supremacist, sexist, misogynist, patriarchal, homophobic, and/or transphobic atrocities in the United States. Tragically, the criminal justice system is more often than not unjust. Our victories where true justice is served are too few and far between. To be clear, and I write as an incest and a rape survivor, I do not believe in prisons as they are currently operated in the United States. The prison industrial complex has not stopped rape and it will not stop rape. I am, however, unequivocal in my belief that the harm doers should be held responsible and accountable for the often irreparable harm that they caused.

Many Black feminist rape survivors and anti-rape activists (myself included) have been counting down the days in high anticipation of The Birth Of A Nation, the Sundance award-winning film that Parker and Celestin co-wrote and Parker directed and produced about Nat Turner‘s life. The surfacing of the devastating news about Parker and Celestin’s college rape trials in 1999 is a slap in the face to Nat Turner’s life and legacy. How can I watch the depicted on screen rape scene of Nancy Turner, Nat Turner’s wife, without simultaneously thinking about the (alleged) gang rape (my words) that happened at Penn State in 1999?

Sister-survivor-friend and the managing director of the Queer Women of Color Media Arts Project Kebo Drew raised some poignant points in her August 17, 2016 Facebook post,

I’m almost incandescent with all of my feelings about this. I have no words. These “friends” writing a film together makes me wonder if they even thought of or could understand the sexual violence inherent in slavery. On a filmmaking tip though, if they don’t understand the ongoing sexual violence of slavery, in which enslaved African/Black children, women and men were repeatedly abused and raped, then how they gonna make a film about rebellion? Do they understand the stakes? It affects their craft and their humanity.

In the closing paragraph of her deeply moving On Nate Parker, Rape and the Perils of Double Consciousness Colorlines article which should be read in its entirety, sister-survivor-friend, writer, and women’s advocate Tarana Burke wrote,

A Facebook friend wrote “the power of patriarchy as we fight racism demands that we fracture ourselves.” But I’m not fracturing myself between my gender and my race. I am standing against sexual violence in all forms. I am standing against a system that finds avenues for perpetrators of sexual violence to succeed, while simultaneously destroying the people they violate. I am setting clear boundaries that say no matter how gifted you are artistically, physically or otherwise, your gifts will not give you asylum on my island if you perpetrate sexual violence. So, like R. Kelly, Mystikal, Cee-lo Green and Bill Cosby before him, I have to let Nate Parker—and “The Birth of a Nation”—go.

I’m also deeply concerned about the triggering and devastatingly painful decades long pattern in Black communities when Black men are accused of molesting, raping (statutory or otherwise), battering, and even murdering women. Nate Parker and Jean Celestin are the latest but there’s a fairly lengthy preceding list of alleged and even convicted Black men rapists who are celebrated and championed by  many in Black communities. The often uninformed and even informed response is to defend the (alleged) cisgender Black male molester, rapist, batterer, and/or murderer of women, LGBTQIASGL people, and/or children (anyone under the age of 18 years old).

Sister-comrade-friend, co-founder and co-managing editor of The Feminist Wire Dr. Tamura A. Lomax didn’t leave any stone unturned when she challenged rape apologists in Black communities in her August 17, 2016 Facebook post,

[…] In “Mama’s Baby, Papa’s Maybe: An American Grammar Book,” black feminist Hortense Spillers simultaneously makes it clear that while we all experienced racism and sexual violence during slavery, the patriarchal structure enabled black men in particular to develop deeply problematic views of sex and rape, particularly as they were asked, made, and chose to participate in #‎plantationsexualpolitics, where rape culture was solidified as a right and a rite to male passage and toxic masculinity.

It makes sense, then, why many black women and black men are not only caping for ‪#‎NateParker but justifying and explaining [away] #‎rapeculture. Some of us lack not only the language of consent but the content, value, necessity, and comprehension. And some of us are so desperate (self included) for representations of black radical resistance, black love, black power and black fortitude, that we will consume such even if it means in some way negotiating #rapeculture or supporting black men or women who uphold #plantationsexualpolitics. Truth is, many of y’all defending #NateParker have been, are raising, or are close to a #NateParker. And the #‎NateParkers in your life have gone unchecked. And many of us have supported the #NateParkers of the world by supporting toxic and fragile black masculinity as a band-aide for soothing white racism and the fear and threat of black emasculation.[…]

High profile celebrity cisgender Black men who commit gender-based violence are scrutinized and held accountable by the white mainstream media and criminal justice system in ways that their white counterparts are not. However, as Heidi, Kebo, Tarana, and Tamura have all articulated, we cannot allow the relentless, vicious racism and white supremacy committed against Black people to silence the brutal intra-racial patriarchy and misogyny in all of its violent manifestations in Black communities.  My Black feminist lesbian incest and rape survivor body will never ever be safe and free with the eradication of white supremacy and racism alone.

We must dispel and deconstruct rape myths. 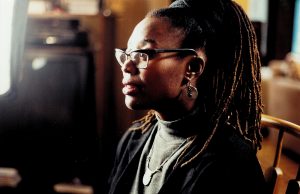 The late Dr. Aaronette M. White, Ph.D (May 22, 1961 – August 13, 2012) was a pioneering radical Pan-African feminist anti-rape activist and social psychologist. She was also a multiple rape survivor who was one of my film NO! The Rape Documentary‘s five Black feminist scholar-activist advisors[1]. My sister-friend Aaronette played a pivotal role in the evolution of NO! both behind and in-front of the camera. In addition to being featured in NO!, she is also featured in the first segment of the five segment Ford Foundation-funded two-hour Breaking Silences: A Supplemental Video to NO!. During the thirty-minute “Deconstructing Rape Myths” segment, which was filmed in March 2000, Aaronette deconstructs over twenty racist, sexist, and classist rape myths. In her introductory comments, she posits,

As recently as last night, the “Deconstructing Rape Myths” segment was only available for purchase on the Breaking Silences dvd. In light of the continued almost relentless misinformation about what (heterosexual) rape is and the deeply disturbing Black women and men rape apologists who defend (alleged) Black male rapists in the name of Black solidarity and racial liberation, it’s definitely time for Aaronette’s segment to be readily accessible on my AfroLez® Productions Vimeo channel to anyone who has access to the internet. Over fifteen years old and her research informed commentary is still relevant, cited, and used widely.

I know if Dr. Aaronette M. White were alive today, she would have so much to say about how eradicating rape culture is an integral part of racial justice and Black liberation in the United States and globally. She would be explicitly clear that eradicating rape and homophobia were just as important as eradicating white supremacy. She is no longer with us in the physical form but her moving image and powerful anti-rape words live and continue to teach.

May we all envision and work diligently to co-create a world without any form of violence. 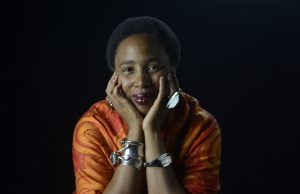 Award-winning Black feminist lesbian cultural worker Aishah Shahidah Simmons is an Associate Editor of The Feminist Wire and a 2016-2018 Just Beginnings Collaborative Fellow. An incest and rape survivor, she is developing her multimedia project #LoveWITHAccountability, which will examine how accountability is a radical form of love needed to end child sexual abuse. Aishah has screened her work, guest lectured, and facilitated workshops and dialogues throughout North America, across Europe and in countries in Africa, Asia, and the Caribbean. You can follow Aishah on Twitter at @AfroLez and #LoveWITHAccountability at @LoveAccountably