By Guest Contributor on December 4, 2015

I gave this speech in Dublin, Ireland before the release of video showing the execution of Laquan McDonald by Chicago Police Officer Jason Van Dyke. This speech was given before I joined a group of young Black organizers from BYP100, FLY, We Charge Genocide, and Assata’s Daughters in a week-long series of actions to confront police violence in our city. I gave this testimony before I was physically attacked by CPD officers and before our police superintendent was fired. If I were to give it today, nothing would change. The issues and dynamics I discussed then still hold true today. We must organize and build a world where anti-Blackness is destroyed and replaced with a radical ethic of love.

November 5, 2015
Hello, My name is Charlene Carruthers and I serve as the national director of the Black Youth Project 100 (BYP100), a national organization of young Black activists dedicated to securing freedom and justice for all Black people. I’ve been a community organizer and writer for over 12 years and I am deeply invested in working in the traditions of Black liberationists such as Harriet Tubman, Kwame Nkrumah, and Marsha P. Johnson.

Growing up on the South Side of Chicago taught me that power is all too often used against the interests of everyday people, especially Black people. As a Black queer woman, sharing a personal testimony about what’s at stake in America is riddled with contradictions in understanding that on one hand, my people live under the heel of an anti-Black capitalist state, while our tax dollars, politicians, and corporations support policy that promotes and creates conflict in many of the nations represented here today.

The conditions of Black people in America are as diverse as the conditions of the African diaspora. The tie that binds us is the reality that our bodies are constantly at risk of being violated by state supported actors and systems. Black people who are poor, women, LGBTQ (especially Black transgender women) and gender non-conforming, currently or formerly incarcerated, undocumented, and/or differently-abled are among those who are particularly vulnerable.

To be Black in America is connected to what it means to be Black in Palestine, in Cuba, and France. Our stories are not the same, yet they are deeply connected. Just last week I along with over 66 young activists participated a mass civil disobedience to shut down the International Association of Chiefs of Police Conference in Chicago, we called on local governments to defund the police and invest in the futures of Black people in the United States.

Over 14,000 law enforcement agents, police chiefs, and supporters from dozens of countries convened to share best practices, which for us translates into how they can strengthen repressive and violent tactics worldwide. They convened in a place where the Chicago Police Department receives 40% of the city’s budget, which amounts to about $4 million a day spent on things that do not keep us safe.

According to the Malcolm X Grassroots Movement, a Black person is killed by a police officer, security officer, or self appointed vigilante every 28 hours in the United States of America.

Two years ago, the city of Chicago closed over 50 public schools in one of the nations largest public school systems, primarily impacting Black students. I grew up on the South Side of Chicago and attended public schools that prepared me to be the leader I am today. Too many of our children today do not have that same opportunity and investment in their futures. Instead, local, state, and federal governments are investing in policing, hyper-surveillance, and mass incarceration.

America is full of young Black human rights defenders, I am just one who is fortunate to spend my life doing this work and join the Front Line Defenders in struggle today. Far too many Black people are only able fight this battle through the fact that they have chosen to survive, their work goes unnoticed and unvalued. They are the young Black people who set stores and gas stations on fire; they are people who demand to receive a fair wage for their hard work; they are the ones who refuse to die in prison cells, lose all dignity in welfare offices, and not give up in the wake of their child or partner being gunned down in the streets by a neighbor or by a police officer.

I am one of many who recognize that our survival was never guaranteed and that we have to take up the long-fight to not only win our liberation, but to also build institutions to protect and secure it.

Our work continues because we want to live in a world where Black people are not automatically deemed less than full human beings. We want to live in world where are lives are protected, valued and one where we are encouraged and allowed to flourish. Black community organizing is necessary because this reality is unacceptable and we believe that there is a different and better way forward.

Thank you for the opportunity to share this testimony during the eighth Dublin Platform for Human Rights Defenders and share this experience with each of you. 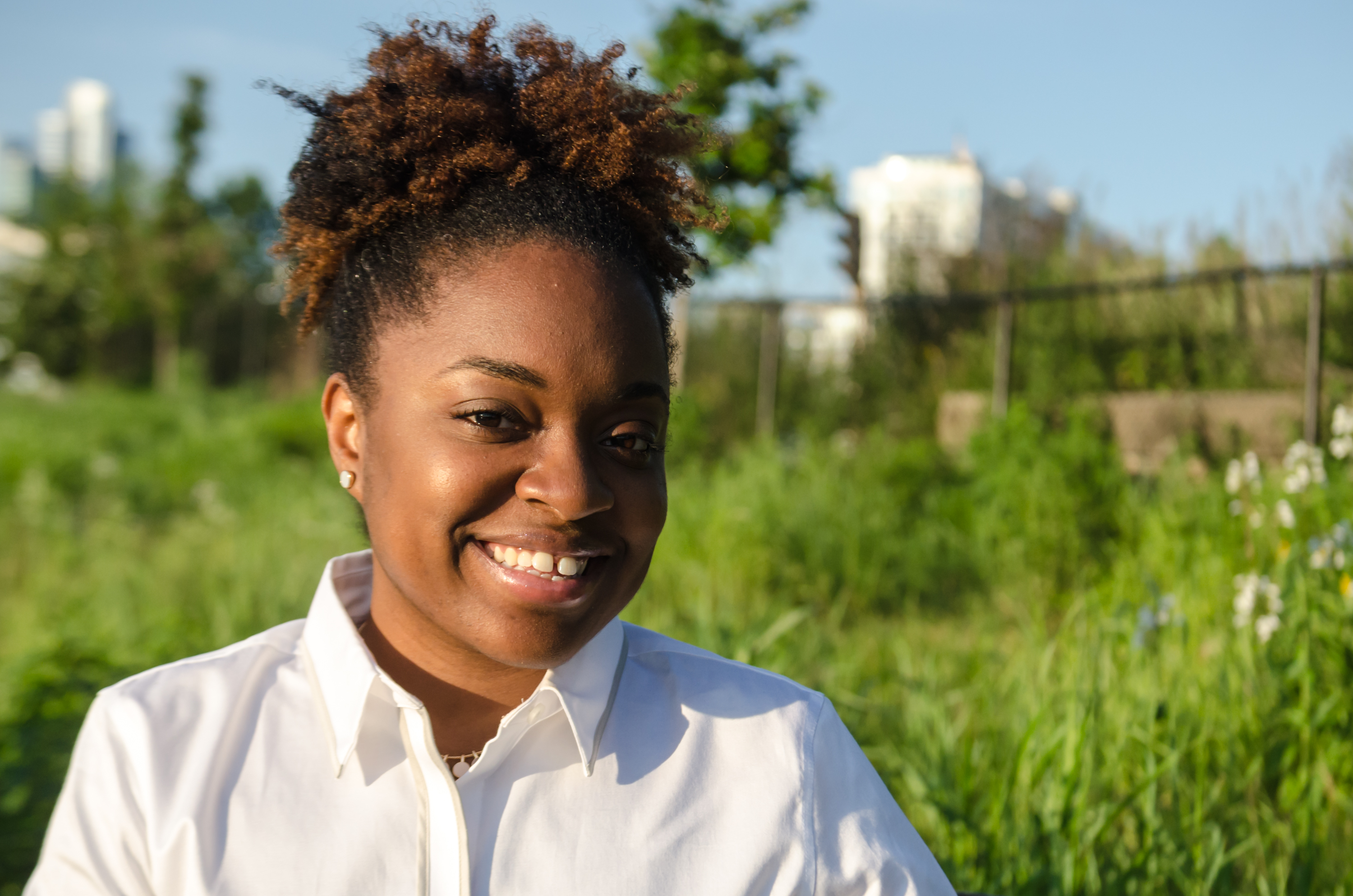 Charlene A. Carruthers is a Black, queer feminist community organizer and writer with over 10 years of experience in racial justice, feminist and youth leadership development movement work. She currently serves as the national director of the Black Youth Project 100 (BYP100), an activist member-led organization of Black 18-35 year olds dedicated to creating justice and freedom for all Black people. Her passion for developing young leaders to build capacity within marginalized communities has led her to work on immigrant rights, economic justice and civil rights campaigns nationwide. She has led grassroots and digital strategy campaigns for national organizations including the Center for Community Change, the Women’s Media Center, ColorOfChange.org and National People’s Action, as well as being a member of a historic delegation of young activists in Palestine in 2015 to build solidarity between Black and Palestinian liberation movements.Charlene is the winner of the “New Organizing Institute 2015 Organizer of the Year Award” and has served as a featured speaker at various institutions including Wellesley College, Northwestern University and her alma mater Illinois Wesleyan University. Charlene also received a Master of Social Work at Washington University in St. Louis. Charlene was born and raised on the South Side of Chicago where she currently resides and continues to lead and partake in social justice movements. Her inspirations include a range of Black women, including Ella Baker, Cathy Cohen, and Barbara Ransby. In her free time, Charlene loves to cook and believes the best way to learn about people is through their food.