The Missing “P” in U.S. Anti-Trafficking Law – The Feminist Wire

The three Ps of legislation and advocacy in anti-trafficking discourse are Prevention, Prosecution, and Protection. The “three Ps” emerged at the end of the Cold War, when sex trafficking gained global attention. They continue to shape anti-trafficking strategies as wells as how trafficking is understood (in 2009, then Secretary of State Hilary Clinton added a “fourth P” to the list – Partnership). Yet there are really only two Ps –prosecution and protection– and both are rooted in a carceral understanding of trafficking. Prevention is the missing “P” and this is where feminist anti-trafficking advocates and critical voices can intervene.

A carceral approach to trafficking is one that views prosecution as the core antidote to the problem. This carceral understanding of trafficking is evident in how the U.S. ranks countries in its annual Trafficking in Persons (TIP) Report. The criteria used to evaluate a country’s standing are focused primarily on “investigations, prosecutions, and convictions.” Similarly, the Justice for Victims of Trafficking Act (JVTA) is an important shift in U.S. anti-trafficking law. Yet, it expands a carceral anti-trafficking approach that narrowly focuses on individual victims and perpetrators, thus ignoring root problems of economic dispossession, racism, and gender inequality.

The JVTA expands anti-trafficking law by making U.S. citizens and residents legible as victims of trafficking. This signals a reorientation from the political concerns that spurred anti-trafficking legislation in the late 1990s. Then, human trafficking referred to foreign nationals and implicated issues of migration and the U.S. border. In particular, women from the former USSR and Eastern bloc who were sex trafficked received significant attention as the “Natasha trade” raised concerns about transnational crime, border security, and human rights. In the hearings and congressional debates leading up to the passage of the 2000 Victims of Trafficking and Violence Protection Act (TVPA), there was an emphasis on non-U.S. women and children in forced sexual labor.

Over the past ten years, anti-trafficking advocates at the local level have pushed for greater recognition of domestic trafficking. These efforts were driven in particular by a concern for adolescents in the sex trade. Safe harbor laws were developed to protect minors from being criminalized by state anti-prostitution laws, which automatically consider them victims of trafficking. As victims, they are protected by law and often eligible for services. Additionally, diversion programs have emerged, such as the CATCH court in Columbus, Ohio, which gives women with solicitation charges the chance to access counseling and services as victims of trafficking. Together, safe harbor laws, diversion programs, and laws that allow victims to vacate their prostitution convictions have significantly expanded the scope of anti-trafficking laws in the United States.

At the same time, however, expansion tightens the conceptual link between sex trafficking and sexual violence that was established in the TVPA when it was attached to the reauthorization of the Violence Against Women Act (VAWA). In addition to initiating new funding streams and funding priorities for domestic victims of trafficking and the expansion of anti-trafficking training for Department of Homeland Security personnel and health care providers, the JVTA includes the HERO Act, the Rape Survivors Child Custody Act, the Military Sex Offender Reporting Act, and the Bringing Missing Children Home Act. These are separate pieces of legislation, but are related to the underlying problem addressed by the JVTA – that is, prosecuting rather than preventing sexual violence. For example, the HERO Act (Human Exploitation Rescue Operations Act) funds a Department of Homeland Security program in which ICE (U.S. Immigration and Customs Enforcement) hires, recruits, and trains ill or injured military veterans to investigate domestic and international cyber-related crimes relating to child exploitation, including trafficking and child pornography. While well intentioned, provisions such as these problematically tie anti-trafficking to a semi-militarized carceral project that continues to divert our attention away from systematic problems in society.

While sex trafficking should be considered a form of sexual violence, the continued emphasis on the prosecution of sexual violence in anti-trafficking law narrows prevention, diverts attention from forms of trafficking not related to the sex trade, and sustains the problematic distinction between sex and labor trafficking. Precarious labor systems that reflect colonial histories, geopolitical hierarchies, forces of dispossession, and gendered and racialized hierarchies sustain all forms of trafficking. In addition, sexual violence does not just happen in contexts of commercial sex: rape was a primary tool of American settler colonialism and slavery and sexuality continues to be central to operations of political economy. When sex and labor trafficking are made separate, we lose sight of the underlying systems of global and “domestic” social inequality and focus, instead, on finding individual victims and perpetrators. Consequently, we use the carceral state to address systems of precarity, which in turn generates more precarity.

We must turn our attention to prevention programs, which currently are focused on educating and warning targeted populations about sex trafficking rather than directly addressing possible root causes of exploitation. Similarly, demand reduction programs that are aimed at prevention ask consumers to make “better choices” as a way to stop trafficking – such as asking consumers to buy fair trade or asking men not to buy girls. The inadequacy of demand reduction strategies is that they do not address why some people become vulnerable in the first place. This vulnerability and the long-standing hierarchies that perpetuate vulnerability are still not part of anti-trafficking prevention and would necessitate a broader recognition of economies of survival, histories of dispossession, exploitative labor, and systems of racialized and gendered labor.

Moving beyond a carceral response to trafficking means turning to areas of social vulnerability that may seem to be unlikely areas for trafficking prevention. I suggest three places to start: comprehensive sex education, expansion of protections and services for members of the LGBTQ community (especially youth), and addressing systems of precarious labor.

Comprehensive sex education should include more than just prevention of pregnancy and sexually transmitted infections. Students should be taught age-appropriate and medically accurate information about sexuality starting in elementary school. Children of all ages need the knowledge and language to be able to talk about, and potentially prevent, sexual abuse, intimate partner violence, and domestic violence – all of which can be linked to why youth may end up in the sex trade. In addition, children and young adults should have empowering information about their bodies and access to resources as they explore their gender and sexual identities. This would help empower youth and children to talk about vulnerabilities, threats and abuse, as well as to seek early support/intervention. Rather than just depending on diversion programs that rely on the criminalization of commercial sex, we should support schools and communities to cultivate contexts where children and youth can be safe.

We should expand resources and services to LGBTQ youth. Queer, gender questioning, and trans children and youth continue to be some of the most vulnerable to trafficking because of higher rates of homelessness and runaways. The vulnerability of LGBTQ youth is rooted in homophobia and transphobia they experience at home as well as class and racial discrimination. Trafficking prevention should include resources and outreach to LGBTQ youth. And yet, the Runaway and Homeless Youth and Trafficking Prevention Act was not reauthorized as part of the JVTA. There are resources for victims of trafficking, but little to none for social services like youth homeless shelters, public schools, or community centers that are uniquely positioned to be part of trafficking prevention. Too often, queer and trans youth are criminalized for their existence or for protecting themselves from violence. We need to consider Dean Spade’s “Imposibility Now” trans* manifesto as a primary source for anti-trafficking prevention. In that manifesto, we hear a call to move away from empowering the carceral state to be the arbiter of social rights. Spade makes clear that vulnerability is produced by the state, so we must seek empowerment and redress beyond the courts – such as in health care systems, schools, and the social reproduction of gender normativity.

Addressing the root causes of precarious labor is a necessary anti-trafficking strategy. Issues of unemployment, underemployment, criminalized migration, and poorly or unregulated labor are tied to trafficking in complex ways. There is no single adjustment that will magically eliminate trafficking, but anti-trafficking advocates in government have been slow to address these issues. Addressing specific local structural dynamics of economic dispossession can impact all forms of trafficking. There is often an assumption that trafficked labor is hidden in the shadows and not part of the mainstream economy. Yet, in a recent report by the Urban Institute, researchers found that the overwhelming majority of labor trafficking victims they interviewed (71%) entered the U.S. legally. This study suggests that trafficked labor is not hidden, but rather part of the central operations of the U.S. economy. In this regard, trafficking prevention should include labor rights and industry regulations that protect all workers. Similarly, unemployment and underemployment in the context of deindustrialization should be linked to smuggled and trafficked migrant labor in agricultural and hospitality industries.

The current carceral logic of “investigations, prosecutions, and convictions” means that anti-trafficking is focused on plucking out victims while the system of abusive and exploitative labor practices that subjects millions to precarity remains intact. One radical two-pronged approach would be to ensure a universal livable wage and to reform guest-worker programs so that a worker’s immigration status is not tied to a specific employer and thus not used to control them. If we think also about the sex trade as part of multiple economies – both formal and informal – then commercial sexual exploitation can be linked more directly to structural precarity. We need to stop making the lives of those in the sex trade more vulnerable to violence because of the intensification of a carceral anti-trafficking agenda.

The passage of the JVTA has expanded law and advocacy, but is still much too narrow to address the gaps in prevention. The evolution of trafficking law in the U.S. has provided greater validation of the existence of trafficking. Growing resources are being spent on training personnel to identify and serve victims and prosecute those who do harm. But U.S. law remains weak in its tactics to combat trafficking before that harm happens. If we do not create comprehensive prevention programs, then we will continue to rely on law enforcement, jails, and courts as the primary conduit of social services. We will continue to rely on and thus feed a carceral logic of human rights. Surely this is not the only way to conceive of justice. 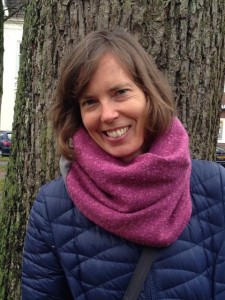 Jennifer Suchland is Associate Professor at the Ohio State University (2008-present) and works in both the Department of Women’s, Gender and Sexuality Studies and the Department of Slavic and East European Languages and Cultures. Her scholarship and activism have focused on how rights categories emerge, evolve, and circulate culturally and through law.  Her book, Economies of Violence: Transnational Feminism, Postsocialism, and the Politics of SexTrafficking (Duke University Press, 2015), is a genealogy of global human trafficking discourse in and through the end of the Cold War. The project is tied to transnational feminist studies, feminist political economy, and critical human rights. Jennifer continues to work on the issue of human rights and human trafficking.  In a current project, she is investigating processes of “domesticating” violence in the United States. In addition, she is engaged in research on political homophobia, nationalism, and postsocialist neoliberalism in Russia and the Balkans. She can be contacted via email (suchland.15@osu.edu) or found online.