‘Tis true, I had been careless for far longer than my allotted grace period when I found out I was pregnant. Years of utilizing the pull-out-and-pray method as my primary birth control had caught up with me and after weeks of denial preceding a weekend getaway to a fancy vineyard, I finally broke down and took a pregnancy test. My mindset was, in a word, morbid. Although I have always been prochoice, and much more to the left regarding most issues, abortion was something I completely supported, but believed I would never need access to. I was reproductively invincible, so to speak. Until I wasn’t.

My choice to terminate the pregnancy was not one I gave much thought to in the moment. I was pregnant and I needed to not be. How could I bring a child into this world? Not only would I resent the entire pregnancy, but I was unmarried, had no health insurance, lived in a not so savory neighborhood, and struggled with psychological demons I had only begun to vaguely understand. I would be an angry and bitter mother, robbed of any chance to discover who I was or establish any type of self worth. A victim of sexual abuse including rape, verbal, and physiological torment (“get your fat ass out of the ice cream you fucking cow…if you had gone down on me more I wouldn’t have had to cheat on your crazy ass”), I felt there was no other way. In the moment, I was sobbing, shaking, terrified. Very soon, those feelings would evolve into immense gratitude.

The first clinic I arrived at, the day following the discovery of my not-so-pleasant surprise, was cold and unwelcoming. Being terrified of surgery of any kind (especially sedation), I was determined to procure a medical rather than a surgical abortion. Pain I could handle. The psychology of being sedated I could not. Although the webpage had claimed otherwise, the clinic’s front desk employee denied the office’s use of the abortion pill. I sat still for twenty seconds and then turned to my precious boyfriend, who wanted nothing but to support and comfort me during this experience, and said through small sobs, “I am not having surgery. I want to go somewhere else.”

The next clinic I was fortunate to be in the care of was wonderful. A security guard would escort women from their cars to the the inside of the building in case of protesters (I was fortunate to deal with very little of that) and everyone who entered was greeted with a warm smile and kind words. I filled out paperwork that inquired about my medical and physiological history. Had I ever been sexually abused? Was the decision to terminate the pregnancy my choice and mine alone? If I had not been so terrified of the unknown, I would have been dumbfounded with gratitude and awe. As I looked around the room, I saw people from all walks of life. A same sex couple holding hands, mothers and daughters, twelve-year-old girls, as well as couples in their thirties and forties wearing wedding rings. I was in pain, but I was grateful. I was not alone. And it was beautiful.

Although the days preceding my medical abortion are a blur, I remember every detail of the experience itself. I’m sure my nerves contributed to the horrific physical pain I experienced for hours. It is worth mentioning that I have always, from day one, had torso-numbing hyperkinetic cramps every month of my period since I was nine (yes, nine) years old. After I inserted the abortion pills into my vagina, I immediately attempted to distract myself. I asked my boyfriend to take me out for a pizza, which was an unhappy experience as we were seated near a happy family with an adorable little one who seemed to have a smile tattooed on her tiny face. Check and to go box, please! That would not have been my life, I reminded myself repeatedly. I went through a range of emotions including temporary regret, anger and resentment toward my boyfriend for “getting me” in this situation, as well as total and complete loss of self worth. I thought about my stepfather, who had told me repeatedly what a worthless cow I was. I thought about my ex-boyfriends, specifically the last one who had raped me and somehow convinced me I was to blame. In that moment, in some fucked up way, I had concerned myself with what those who had beaten me down and made me feel so small, would think about my decision. Like a sort of Stockholm’s syndrome. It was as though they had won.

Fortunately, those feelings of unworthiness transformed into empowerment. In the beginning of my journey, I would narrate my story aggressively, but it was laced with shame. Six months later, while I may not be fully healed as an individual, I am a better person. And because abortion is legal, I was not forced to become a mother when it would have ruined my life, my psyche, and my only functional romantic relationship. For me, it was not a hard decision; it was the only decision. Abortion is messy. But so is life. And regardless of lifestyle choices, social or marital status, we all deserve to exercise our choices without judgment. 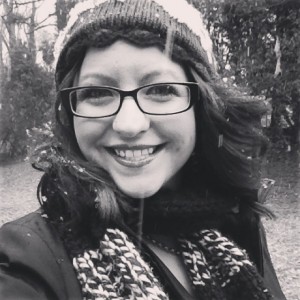 Britta Child is a hairstylist and blogger currently residing in Atlanta, GA. She loves her two rescue mutts, Milo and D’Argo; Bitchy Bingo at her local drag bar; and the correct use of all forms of ‘two.’ Her dislikes include bad politician hair, Bleu Cheese, and her alarm clock.