EMERGING FEMINISMS, I Am A “Failure” To China, But Let’s “Fail” Together – The Feminist Wire

Home / Academia / EMERGING FEMINISMS, I Am A “Failure” To China, But Let’s “Fail” Together

EMERGING FEMINISMS, I Am A “Failure” To China, But Let’s “Fail” Together

Yesterday, I read an article published by BuzzFeed on the last surviving women with bound feet (also called “lotus feet” in China). The pain those women had to go through pierced and stumbled me and I just couldn’t stop crying, despite the fact that I’ve seen ten cm (four inches) cotton shoes and blood-saturated bondages at various museums in China many times. I could hear the sound of those toes breaking, see the “perfect” curve of them forcefully turned inward, pressing the soles, defiantly rebound due to biological reason, but constantly slashed back to what they “should” be by mothers, grandmas, or servants who were themselves under pressure—who were themselves negotiating social norms.

Meanwhile, I could just as well picture that the “last” word in the title of the news brought many readers, who might not be Chinese, a sense of release, of liberation, of a bright future that women are no longer suppressed or hurt in any unfair way in “modern China.”

But heartbreakingly, gender oppression continues to exist everywhere, including China.

“Babe, you’re just a girl. You don’t have to push yourself so hard,” said my dearest and comparatively liberal mother when I tried tirelessly to work out the semester plan for the Club Association Union (CAU) at my school, of which I was president at the time.

“Qingqing (my nickname), you’re so excellent that finding a successful husband won’t be a problem for you,” said my grandma who always set rigorous rules to try to help me form good habits and become a better person. However, on the point of marriage and pursuit of career, she would always hold back and feed me with lectures on the beauty of the “marriage-ensured” financial stability, as if that was the end of the road for a girl.

“Everything would be delayed for one year: your first boyfriend, first job, first house, first car, your marriage, your kid… United World College (UWC) is not worthy of you delaying graduation for one year,” screamed my father when I told him that I wanted to apply to UWC to pursue the kind of education with values I firmly believe in.

“You are incomprehensible,” Dad snorted.

“Honey, what happened to you?” Mom and Grammy worried.

But, I want to be a leader on the CAU team. I want to be able to earn for myself a bright future instead of waiting to be given it by someone else. I want to be part of the collective engaged in cultural exchange—to uphold UWC’s value on education and beyond. Why is all this wrong simply because I am a girl?

This tension in my family was the precise moment that I realized I was a feminist. I care about women. I also care about the social stereotypes and anxiety that suppress all genders. I can’t say I know all about “feminism.” But there seems to be more to it than the controversy nowadays that suggests it is a debate over the term “equality.”

I might be small, but I care. This consciousness enables me to see the gender injustices prevalent in Chinese society today.

In the 2015 Chinese New Year Gala, women were mocked and degraded throughout the whole festival in an effort to please the audiences. Female high officials were portrayed as corrupt and as if they got to where they are today by “sacrificing anything” and bribing their way all the way to the top. Talk shows were applauded for making fun of women’s bodies for their size and shape. A reality performance presented a daughter stating that she wanted her father to sell her to her boyfriend for twenty Yuan (Chinese dollars). And the list goes on.

I watched all of this gender oppression with my family, feeling both furious and pathetic because the ones laughing the hardest were my mom and grandma. To me, the most horrifying fact is that exploiting women is made to be funny. Women’s bodies and their strong social-economic backgrounds are made into jokes. This degrading process suggests that women are no longer “people” anymore. They are oppressed by the patriarchal social norms because they are not valued, are not considered as equals, and have been deprived of their dignity. What is most infuriating to me is that many of the “more educated and liberal women” encourage such practices—they justify them. Proudly, they tag themselves as “good women” in treating other women with such venom.

Further, the news media with the highest respectability and widest coverage in China has championed the objectification of women—even the elite women are facing gender oppression. In the last few years, growing numbers of women who choose to pursue higher levels of education (for example, Ph.D. or M.D.) are coined as “intimidating” and “unwanted.” The fact that they are brilliant, knowledgeable, and capable in any career is reason to discriminate against them. To dig in that sensibility harder, it appears that there is an arbitrary fear by many males who somehow just can’t accept that they are “outsmarted” by women.

For women, the expectation is to be raised “richly” and marry “up” in terms of socio-economic and educational background. The social norm I see in China is that it’s best for a male with a Master’s degree to marry a female with a Bachelor’s degree or at most an equivalent Master’s. He should never marry a woman with a higher educational background than himself. This entirely demonizes female Doctors and Professors.

What is preventing people from joining feminist liberation movements? Liberation should never be just about lifting up one group of people, liberation is for everyone. “Greater responsibility comes with greater privileges” applies here. In China, and perhaps all heterosexual and binary gendered societies everywhere, people are still convinced that men should be the “bread winner.” He must have a house, a car, and a decent salary to be considered by many women as a potential spouse, while women are to be caretakers and subservient in the household. Such societal pressure informs the inability of many people to support feminism. Additionally, many people still misunderstand feminism as men-hating and flag bragging, which is a presentation of feminism as a superficial movement that is content to wave flags without doing the difficult political work for change.

My mom always said to me that I am too small and unimportant in the world to make any difference, and that I should not burden myself with such heaviness. However, just as Emma Watson stated in her “He for She” speech, “If not me, who? If not now, when?” Imagining that someone else will fight for me is only going to delay the process of social change further.

I was raised by my Mom and Grandma because Dad was working somewhere far away from home when I was little. I have always believed that women are just as independent and capable to self-actualize. Their dreams of becoming scientists should not be discouraged because people think science is more of a “man’s field.” Women and girls’ wishes to excel at sports should not be penalized because “women are or should be gentle and fragile” as the current social norms claim. Girls and women should never be “morally abducted” by parents or family members to rush into marriage despite their own will.

We should never feel guilty because we earn more or just as much as our husbands do. We should not feel intimidated to pursue high degrees or office because society says that we are “monsters” and “bossy.”

Apparently, I am a failure to China—probably in many other places too. If that’s so, let’s all fail. Let’s all champion for gender liberation because the current world has not possessed it yet. Let’s all become “lost” and “incomprehensible,” so that the world can be a less oppressive place to live in. 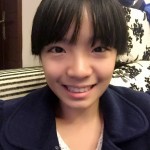 Yaqing Yang is a seventeen-year old girl born and raised up in the southwestern part of China, in the City of Chengdu. Yaqing is currently a first year IB student in Lester B. Pearson United World College (a high school) in British Columbia, Canada. Yaqing is passionate about writing, reading, and promoting social justice, and has been involved in feminist advocacy groups in China to promote gender equality and female leadership. Yaqing believes in the power of words, and that stereotypes will change if we work collectively to end them.

Related ItemsAcademiaActivismbody politicsCultureEconomyEducationentertainmentFamilyfeaturedfeminismfeminist solidarityGenderHistoryPatriarchyPoliticssexismsexual violenceWomen of colorWorldWritingYouth
← Previous Story In Support of Black Girls’ Defiance
Next Story → Collective Statement on Precarity and the Demand for Feminist Accountability in NWSA, 2015