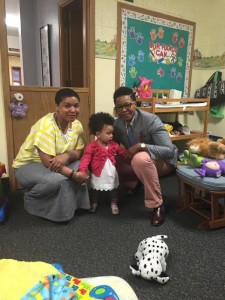 No, I am not over it. I hoped to have some of the events of Memorial Day weekend washed away. My wife and I love to thrift. Sunday, May 24, we visited Goodwill, made a drop-off donation, and entered the store to shop. It was there that the spark in our daughter’s eyes lit up after eying the stuffed lion just her size. She’s fifteen months old, and it’s always exciting to see the world through her eyes. We pulled down the lion rocker and allowed her to try it out.

Our daughter rocked for a few moments and then fell from the stuffed lion just as I reached to pick her up. She fell less than eighteen inches to the floor. I know this because the lion is now home with us, and I measured it. She fell because she did not want to get off the toy. In protest, she did the toddler body-limp pose, familiar to most parents. She cried out in pain. I quickly picked her up and soothed her in a nearby chair. I rocked her on my chest for about thirty seconds. As I listened to the undertones of her cry, I understood that she was both upset and hurt.

I then asked my wife to bring back the lion, but she was visibly upset and quickly turned to put it back on the shelf. I had a feeling that our daughter would brighten up if she saw it again, and was able to climb back on. My wife pulled the rocker back off the shelf, and I was proven right. The tears stopped and our daughter gained composure. Some of you may be able to visualize this: you know what it looks like when a child is at a boiling point and then completely gains composure and silence when you give them what they want. We sat and looked at her sitting on the animal toy. We decided to buy it and tried to figure out how to get her off without leading to another meltdown.

As new mothers, we were secretly proud of that moment. A black man sales associate came up and we laughed and joked at our daughter’s antics. He playfully tried to explain to our daughter that she had to let us buy it so we could take it home. The lion was now hers. My wife took pictures to capture this milestone moment: our daughter’s first in-store scene, and the first time she demanded not to leave a toy. This was also a first for us.

In the moment, we wondered how our minds could outsmart the situation. We picked up a small stuffed animal to distract her as we lifted her and placed the lion in its own shopping cart. She stopped for a second, stared back at the unreachable toy, and cried. Then two little black girls and their mom came near. Our daughter stopped crying to look at the little girl her age and an older sister who spoke gently to her. I thanked the other black momma for the interaction. 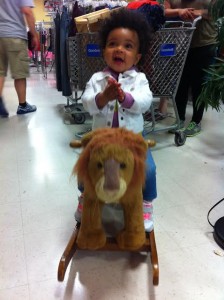 We wanted to continue browsing, but felt it best for us to leave. We gently discussed our disbelief that she was “showing out on us.” It was a first. We were low-key proud and mentioned that she “wasn’t a baby anymore.”

Imagine our surprise to be greeted by a police officer at the checkout register.

She spoke to my wife, saying that she understood there was an incident and that a child fell. She asked if she was the mother. I saw the shock and disbelief in my wife’s face. She could not speak. I replied, “We’re both her mother.” She said the paramedics were en route. I replied that there was no need. She saw our daughter sitting quietly in the cart, and I showed her the stuffed lion. The officer informed us that seeing the paramedics was “free.”

In the midst of having a parenting milestone moment, we were hit. We “got stole on” (a phrase used in some African American spaces to describe when one is hit while their defenses are down). Yep, “they stole on us.” I became hyper aware of our blackness and queerness. I was reminded that we live in a police state; black parenting is policed, under surveillance and suspension. Black folks know what it means to say to a child “I cannot believe you went in there showing out on me and had those folks watching.” This is why phrases like “don’t act up when we go in here” are important. It’s not just about controlling possible bad behavior from children, but too about protection.

The police officer asked to feel our daughter’s head. We were speechless. Before we could process the question, to object, her hands went into our daughter’s hair, making contact to all parts of her scalp. Our daughter’s hair was “out,” meaning free in its natural state, loose, and untied. Putting ones hands in the head of a girl is often a spiritual act for many black mothers. And I wish I could say the image of the officer’s hands in my daughter’s hair still doesn’t bring me to tears when I think about it.

We were in shock to see the officer standing there against our family. I told the officer that I didn’t think she understood what was going on. Stupidly I said, “I’m a professor.” I forgot that Kiese Laymon said our university affiliations wouldn’t protect us. I asked if we could talk outside the store, because the exchange was causing a scene. She agreed.

I recorded our exchange using the camera phone I pulled out when we reached the car. A “citizen” had called 911. The officer needed my information in case it was proven our daughter fell from a higher height than what I said. Surveillance and suspension, always present.

Later, we had a talk with my dad. He shared, “Now y’all know y’all attract a lot of attention when you go out. And you know folks are going to try to stick it to you when they can. But y’all go on; don’t let that stop you.” My translation: we are black and women and genderqueer; we are a black queer family. We do not exist to be a threat, but still we are, and still we must live.

Our daughter is becoming a little ninja around the house. The other day, she climbed on a high step stool while we weren’t watching. When we saw her, she roared with pride and clapped her hands. I predict there will be other falls. I hope we will be in a safe space. 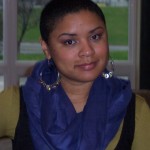 Shannon J. Miller is an Assistant Professor and Graduate Coordinator at Minnesota State University, Mankato. Her research interests are in the combined effects of race, gender, and sexuality on southern black queer women’s experiences, particularly resilient responses to discrimination. She is the co-founder of All My Children Project, an organization promoting the health and well being of Black LGBTQQ persons, their families, and communities through social justice research.