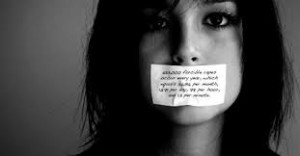 I write as a rape survivor, and like any victim, I can assure you that triggers are out there. If higher education should be a preparation for life, then it is worth noting that life doesn’t come with a trigger warning. Rape is common. Triggers are real. We should have an open dialog about rape, and what it means to survive rape. We should not teach victims that for the rest of their lives they will need a warning to live, to be educated, or to work. Being unfamiliar with, or lacking understanding about, rape and sexual violence do not allow you to give a two-word “trigger warning” and continue blithely along.

Triggers are as different as the victims they haunt. They could be places, events, or even a hint of cologne on the bus. As a result, I find the dialog around triggers and warnings misplaced. What we should be saying is, “Don’t rape.” But we do not – at least not effectively. California’s adoption of the nation’s first affirmative consent law is a novel development whose usefulness remains to be proved. The reality, according to a United States Department of Justice Report, is that higher education is churning out rape survivors at a rate greater than women the same age who are not in college (although the rate itself is variable, from double to eleven times a greater risk for college students than women the same age who are not college students). What is unknown is how many perpetrators are responsible for multiple acts of sexual violence. No matter what the numbers, any sexual violence is too much.

Let me be clear: triggers are real. Yet the perceived need for “trigger warnings” enforces the stereotype of rape victims as helpless, hysterical, and permanently damaged. This is not what we need. A flood of emotion can happen at any time and is valid under any circumstances. If dialog about rape or other trauma sends a survivor into such a downward spiral that the student is unable to function in class, then I suggest more reflection under the care of a mental health professional is required. There is nothing wrong with needing this help after a trauma such as rape, and to insinuate otherwise is harmful. Healing from rape does not come easily, but creating an artificial need for “trigger warnings” because we are infantilized does nothing to recognize our agency. Healing is hard work.

Further, reinforcing the trope that we require trigger warnings alienates those who don’t identify as women from the experience and minimizes the role of those of us who have moved from victim to survivor. Am I any less a rape survivor because I’ve learned to hear accounts of rape in war and in society at large? No.

I do not suggest that instructors and supervisors should be insensitive and ignorant, plowing through difficult topics with no regard for their students or trainees. During classes, it is appropriate to tell students the material to be covered is difficult – but that doesn’t necessarily mean only for rape survivors. Talking about, reflecting on, and learning about rape, sexual assault, and sexual harassment can be difficult whether or not you’ve had these experiences, as can conversations about many other topics. Given the staggering number of rape survivors in the world, the likelihood is that all students have helped support someone through the aftermath of a sexual assault or rape, whether they know it or not.

But students and staff must feel supported through these conversations and a clear framework must be in place for additional follow-up with professionals if needed (for example, a campus resource or hotline). Incorporating rape into our understanding of history is a much-needed exercise and normalizes the concept so perhaps other doors to dialog can be opened. Statistically speaking, there are millions of us. Imagine if rape victims didn’t feel alone, and knew there were others throughout history who had a similar experience and lived to thrive?

Handling difficult topics well is the hallmark of a well-trained mentor, and specific training should be made available to supervisors and instructors. The solution is not a general: “Some may find this disturbing” trigger warning, but a well-crafted plan that discusses the topic with compassion and that can elevate the conversation beyond the trauma itself. Rape is violent – it is a means to take power, not a sexual act itself. Rape is an act of war, and is treated as a war crime internationally. It is important to be aware that women are not alone in their shared familiarity with trauma: men and members of the transgender community are also survivors, and the discussion should be inclusive without exception.

Trigger warnings aside, what can be done to help survivors succeed? My focus now turns specifically research on sexual assault and sexual harassment in the higher education research system. A recent study described the widespread experience of sexual harassment of trainees conducting fieldwork (71% of women and 41% of men) and of sexual assault (26% of women and 6% of men) (PLOS ONE 2014, 9: e102172). The paper’s authors show that men most frequently experience “horizontal” harassment dynamics, meaning the behavior originated primarily from peers, whereas women experience “vertical” dynamics more often, meaning the behavior emanates from those in superior positions in the field hierarchy.

In the leading scientific journal Nature, I suggested the creation of a national ethics framework for researchers that academic, industry, and government stakeholders could amend as appropriate for their organization. The policy should be inclusive of women and men (both cis- and trans-), and include an explicit denunciation of sexual harassment and sexual assault on the basis of race, gender, gender expression, or sexual orientation. I followed that up with an article in The Conversation, encouraging continued dialog around sexual assault and sexual harassment experienced by researchers. Although people were largely invested in such a dialog, I heard from many who were concerned about repercussions for speaking out. Women in Astronomy is the name of an excellent blog run by, you guessed it, women astronomers. They list no less than 30 posts with the tag “harassment.”

One of the reasons research-focused staff are particularly susceptible to underreporting workplace abuse is the short-term nature of our job contracts: three-, six-, and nine-month contracts are often the norm. As a result, we rely heavily on forming strong working relationships with our supervisors, with the reality that reporting assault and harassment complicates present and future appointments. Creating more funding exclusively for early- and mid-career researchers, as well as diversifying the hiring process to ensure the best scientists are recruited and retained, could alleviate this reliance on the supervisor-employee relationship.

Changes to policy could be the most practical way to effect benefits for researchers. In the absence of effective local policies (many campus frameworks focus almost exclusively on the student/professor relationship), a national set of guidelines that institutions could adapt and sign would be a strong start. Professional organizations can also be involved in this space, and require that their members act appropriately towards undergraduate and graduate students, as well as research staff and among peers. Legal and professional consequences should be clearly spelled out, and applied consistently after an appropriate adjudication process finds a perpetrator guilty.

The type of infractions to which I refer, and that the PLOS ONE study describes, are sexual assault and sexual harassment. These are felonies. Inappropriate jokes, consenting relationships between adults not in a supervisory/trainee situation, and unfortunate social awkwardness is not what I describe here. Sexual assault and sexual harassment are entirely preventable on the part of perpetrators, and are often or always illegal in locations where the incidents have occurred.

The insidious nature of sexual assault in higher education and disciplines that are already complicated to navigate should not be a barrier to rape survivors. I understand being known as a rape survivor has a stigma that many cannot carry professionally, or personally. Despite this, rape survivors now have several role models who have discussed their experiences in the media: some have unrequested celebrity status, like Elizabeth Smart and Jaycee Lee Dugard. Others are like me, and Julie DiCaro, living our lives as rape survivors and working as lawyers or scientists. Again, rape survivors are everywhere: we are in Steubenville and Houston, in Dehli and Nova Scotia.

I have been disheartened (but not surprised) that more survivors do not speak up in solidarity with victims, do not say, “You are not alone, and I believe you.” I hope many do behind closed doors. I will say it publicly.

For my entire adult life, from the time I entered college at 17, I have been either a student or an employee of universities. I am now a wife and mother. But I have been a rape survivor longer than I’ve been any of these, and recognizing this chapter of my personal history is important to understanding who I am now. I am optimistic there is a way forward, but it relies on difficult conversations and drastic – albeit often inexpensive or free – changes to policy to enact consistent consequences for perpetrators, as well as support mechanisms to help survivors move forward with their lives and their careers. Education can be transactional or transformational – dealing with difficult topics in a way that prepares students for a more meaningful life is a cornerstone of higher education. 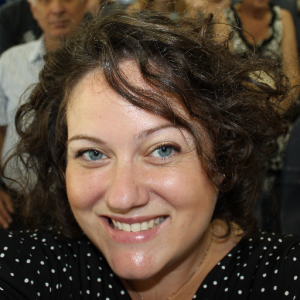 Originally from Boston, Dr. Maggie Hardy is a Senior Postdoctoral Research Fellow at The University of Queensland in Brisbane, Australia. She is an internationally recognized biochemist and insecticide toxicologist, and regularly contributes to the development of evidence-based policy. Dr. Hardy earned her MSc from The University of Hawai`i at Mānoa in 2007, and her PhD from The University of Queensland in 2011. In addition to her research interests, Dr. Hardy is involved with programs designed to help traditionally underrepresented groups succeed in higher education and careers in science. Outside the laboratory, Dr Hardy is a wife and mother. You can connect with her on Twitter @DrMaggieHardy.