Maha Abu-Dayyeh: A Life of Dedication – The Feminist Wire

Maha Abu-Dayyeh: A Life of Dedication 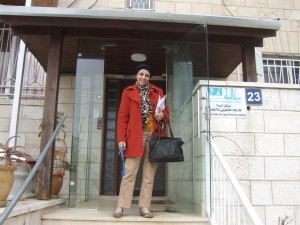 Maha Abu Dayyeh outside the Women’s Centre for Legal Aid and Counselling, Palestine.

On January 9th, 2015, Palestinian feminist Maha Abu-Dayyeh passed away.  An outpouring of heartfelt condolences were sent from around the world including from UN Women and feminist organizations globally.  This essay is written by her friend and comrade Faiha Abdulhadi in memoriam.

As long as there is a society that resists, there is hope Maha Abu-Dayyeh

Forever She Will Live in Our Collective Memory

For whom did she dedicate her life? For whom did Maha Abu-Dayyeh dedicate her life? For her small family? For her colleagues, with whom she shared in the establishment of Women’s Centre for Legal Aid and Counselling? For the young women who’ve been trained at the Centre then went on to assume leading positions in the humanitarian, legal, and feminist fields? For the women activists in Palestine? For women who stand at the frontline of dislocating common yet deeply unjust cultural concepts and drive the wheels of change globally? For human rights defenders wherever human rights are violated? Or was it for all the above?

Maha was born in Jerusalem and graduated from Schmidt College for Girls. She completed her study of English language in the US, which enabled her to start teaching English at Birzeit University and the Teacher Institute of Tira after graduation. She made her choice soon thereafter to quit teaching and head towards the legal field because of the general political situation and the degradation and continuous violation of human rights in Palestine. In 1987, she directed the Quaker Service Information and Legal Aid Center. 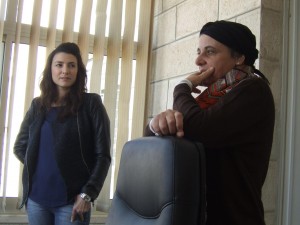 Throughout her professional life, Maha read about politics, social theories, and laws focusing on women’s issues and developed her awareness of the increasing levels of violence against women. She felt the necessity to become more deeply involved to address the conditions women faced and to offer legal services and support them. She believed in teamwork, so, in 1991 with some of her women colleagues who shared her vision, established the Women’s Centre for Legal Aid and Counselling (WCLAC). The Centre aims to ensure the meaningful role of women in social life, defending their rights, advocating for their interests, and offering them legal and social services and guidance in order to empower them and enable them to contribute in all aspects of Palestinian life.

Maha’s concerns and job as the Centre’s Director were not limited to offering legal and social protection for women whose rights were violated. Even though defending women’s rights was a central aspect of Maha’s work, she extended her efforts to change existing policies and laws and create new ones so that these might be used as a legal weapon. This was especially important after the establishment of the Palestinian National Authority in 1994, and after the initiation of “The Women’s Rights Document” by the General Union of Palestinian Women hand-in-hand with the women’s centers and women’s networks. The Women’s Rights Document referred to the Palestinian “Declaration of Independence” and was based on many other local and international agreements.  It included detailed and precise descriptions for the most important rights of the Palestinian woman in all aspects, with reference to international standards and declarations, Palestinian constitutional principles, and Palestinian legislation. It linked political rights, economical and social rights, criminal law, rights of citizenship, and Personal Status Laws.

In 1994, WCLAC scanned and reviewed the laws concerning women in Palestinian society. The legal analysis revealed the extent of the legal discrimination against women, one half of the society. This new revelation, along with the work of the Palestinian women’s movement including the Women’s Rights Document, sparked in the head of the Centre’s Director, Maha Abu-Dayyeh, the idea of the “Palestinian Model Parliament: Women and Legislation”. And the importance of uniting feminist and social efforts together for the sake of establishing women’s rights in Palestinian legislation and policies. All those developments demanded opening a broad and bold discussion at the societal level.

The Palestinian Model Parliament project started in cooperation with the Palestinian women’s movement in 1995. Regional committees were formed across the West Bank and Gaza to discuss suggestions to modify legislation and for legal reform that rejected discrimination. The discussions lasted for two years until the first full convening of the PMP in Ramallah in 1998.

The door was opened wide to discuss the laws of Palestine. Sixty-five suggested modifications to those concerned with the life of the society as a whole, on the way of the realization of equality and social justice, were presented. The resulting discussions caused clashes with religious fundamentalists’ ideas, with proponents of their ideas and others who implicitly, out of compliance or uncritical examination, do the same! Clashes also occured with those who argued that attention to women’s issues should be postponed, claiming that the main national priority must be ending the Israeli occupation.

Maha and her colleagues dedicated themselves to documenting that pioneering experience in a forthcoming book, titled Palestinian Model Parliament: Towards Legislation Based on Palestinian Identity, Progressive Ideals, and Just Content. The idea underlying the purpose of the publication is for women’s rights activists and other interested people to analyze experiences, reflect on the lessons learned and to use these as a base to move to the next steps in our movement. The book will be published soon in both Arabic and English by WCLAC.

The second Palestinian Intifada in September 2000 was a challenge to all women’s rights activists. Maha was aware of that challenge. The extent of the violence the Israeli military occupation inflicted on the Palestinian people was clear and at the forefront of her mind, as was expressed through her leadership of the Centre and its work. Several studies conducted during this time also showed that domestic violence against women had increased. Thus, the situation demanded struggling on two levels: exposing the unjust policies of the occupation by documenting women’s suffering and claiming protection for them from the international community while simultaneously continuing to provide legal and social services and keeping the social pressure to claim and assert women’s rights.

Maha Abu-Dayyeh’s contributions were varied and distinct, though inextricably joined, and spanned from the local to global. She helped to institutionalize women’s activism in our society and shaped a feminist discourse that challenged cultural and social concepts that chain women and hinder their progress. Maha organized the creation of safe homes for battered women; she listened deeply to the voices of oppressed and marginalized women and broadcasted their voices so the world would hear Palestinian women both as facing enormous, sometimes unimaginable challenges and multi-faceted forms of violence, and as those with strength, resourcefulness, creativity, and the unbending will to be free and to thrive!

Although Maha’s life and work were deeply rooted in Palestinian society, she was not content to remain only at home. In the Arab region, she was instrumental in creating a space for fruitful dialogue with Arab women and activists through her membership in “Salma,” a network against Violence against Women in the Arab World and in “Aisha” the Arab Women’s Forum. She also was active internationally. She participated in international conferences and workshops to speak about the agony of Palestinian women and about their struggle for their political, social, and legal rights and to assert their right to protection based on international agreements, conventions, and human rights standards. Maha used the international arena to demonstrate how Palestinian women are denied the rights and dignity that women worldwide are entitled to enjoy, very much compounded and complicated by the Israeli occupation of Palestine. 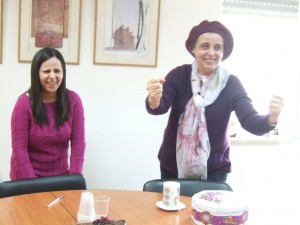 You were present in our conscience, inside each one of us when we were paying condolences to the family and to each other.

You are now with us in our hearts, deeds, and thoughts.

When the battles between the fundamentalists and the progressives intensify, you will be here.

When brave women resist the sickness of the body and attempt to free their shackled consciousness, you are mentioned and you are here.

And, when the time comes for a free Palestine and for Palestinian women’s full social, economic, and political rights, with us and among us you will stay! 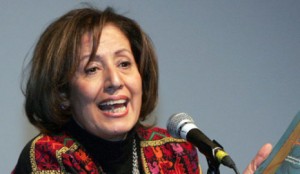 Faiha Abdulhadi, PhD, is a writer, poet, research consultant, community activist, and lecturer, in addition to a long life experience in various aspects of research, oral history, gender, and other issues of human interest. She is the founder and the Director General of Al Rowat for Studies& Research.

She has published 11 books in addition to various studies and articles. She worked as a Consultant Researcher to the UNICIEF in Cairo, Consultant Researcher to the Directorate of Gender Planning and Development/ Ministry of Planning, as well as the Palestinian Research & Documentation Centre / UNESCO in Palestine. She is a member of the Palestinian National Council, and the coordinator of the Women Network “1000 Women across the Globe” for Palestine.