ELEMENTARY FEMINISMS: The Day I Understood My Privilege – The Feminist Wire

Home / Academia / ELEMENTARY FEMINISMS: The Day I Understood My Privilege

ELEMENTARY FEMINISMS: The Day I Understood My Privilege 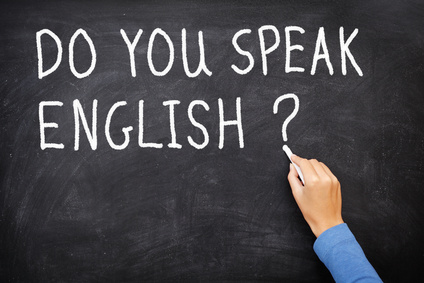 My friend and I sat on his back porch, slithering in the Caribbean heat. We sat in quietness, mostly slapping mosquitoes.

“You talk like a white person.” He blurted out. It was not until a few minutes later, that I realize that this is meant to be a compliment.

“That’s why you’re smart.” He added, with a grin appearing on his face.

I raised an eyebrow. It did not make sense to me that a person’s intelligence level was associated with their ethnicity.

“Like proper.” He continues, “You know what I mean…it’s very good.”

I shake my head, furiously. “There is nothing wrong with the way that you speak.”

He drops his head and huffs at me.

“Awa. You know it’s not.” His Creole accent is thick and fluid as he continues to prove his point. As he tries to round his “R’s” and soften his “T’s” they slap against his tongue and struggle to be liberated. Eventually, the conversation shifts into another topic but in my head, I never stopped replaying the words, “proper.”

When I return home later that night, my mother is talking on the phone. I can hear a voice similar to my friend, emerging from the bedroom door. It is loud, vibrant, and chaotic. My ears strain to make out a single word but I cannot.

“Is that you?” My mother peeks around the corner, glaring at me. The conversation quickly ends when she recognizes my presence. When she speaks, her language quickly changes.

She stares at the mess on the floor. “Did you forget your belongings on the balcony?”

“You are such a rambunctious child.” Her voice is smooth and eloquent. I hate that I feel this way but I do.

I shuffle around the room, “I didn’t do it on purpose. Me and—”

She stops me abruptly. “You mean, I and-”

She shakes her head. I can tell this irritates her to a great deal. For her, this one mistake will affect the success of my future. Yet, I know her comfort lies in the fact that like herself, I, too, possess a love of the English language. She is proud because this means that she has done well.

As the day carries on, I think about my friend and his mother who speak their own language. Unlike my friend, English is my first language. Thus, I do not have to try and sound “proper.”  For some reason, I now recognize that I have an enormous privilege. Still, I hate this privilege. My mother who bombarded me with a strong vocabulary since birth, never allowed me to speak anything other than her definition of, “prefect English”

I begin to realize that this privilege will exist far beyond my English classroom; it will follow me for life. On the other hand, my friend will have to suppress his language, in order to be recognized as “successful” in this world. I know that when he leaves the cyan shores of the Caribbean, he will try to hide his native tongue. As much as he tries, it will always be there in the backdrop. Even when he meets strangers, they will ask,

“Where are you from?”

This single question is asked because no matter how hard we try our native roots are always there. They fasten to the tip of our tongues and they never leave.

The problem is: those who speak another language think there is something wrong with them, but it is the structure of the colonial language.

Looking back now, I wish that I could tell him that he should embrace his native language. Yet, I understand that these words would be false. I know that the English language opens many doors to privilege in this world. I cannot change this system by myself.

I can, however, contribute to changing it by drawing attention to how “white” and “proper talk” is congruent with the idea that European culture is superior to others. White supremacist thinking has reached the minds of youth before they can embrace their own culture. As I reflect on my own privilege, I urge parents to teach their children the importance of their first language—to embrace its sound and never lose it.

After all, how can we, as young people, love ourselves, if we don’t love parts of who we are? 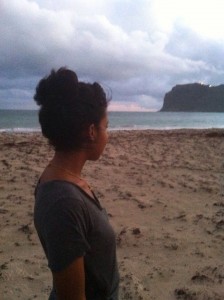 Shama Nathan is a 17-year old writer and advocate for women’s rights.