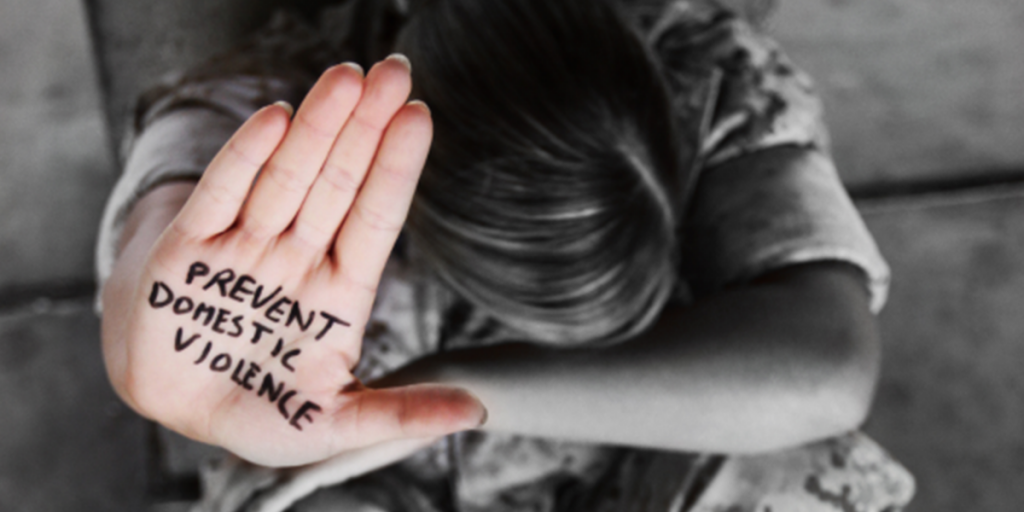 Mama always told me I should not complain.

Stop whining, she would say. Be happy with what you’ve got.

I was not sure I knew what she meant, but I believed her anyway. I believed everything Mama told me because when she had to raise her child on her own, she did not complain. When men controlled her life, she did not complain. If she ever complained, it was never in front of me. She worked hard, came back late and exhausted, but always with a smile. Her ability to smile was like a superpower. I was never as strong as she was. I used to hide under my blanket and do all the things Mama told me not to. I would complain, whine, cry, even laugh at loud, and I was ashamed because it made me feel good.

Mama knew what a woman was supposed to be like and she tried her best to teach me. I did not know how she knew, but she did and I trusted her.

She did not know that she was wrong. Her mother had taught her those rules when she was a little girl, as if they were sacred and her role was to pass them on to me. I always listened carefully to what she had to say. I would nod and smile to please her. I wondered why the rules always started with the word “don’t,” but Mama told me it was because elegance is all about restraint. So I nodded and smiled. I liked to make Mama happy. Even when I did not understand, I still nodded and smiled. It was what I was supposed to do. That’s what Mama always told me.

Yes, Mama. I understand, I would say.

I got married at twenty-one with my high school sweet-heart. I got pregnant a year later and dropped out of college to take care of my family. I had doubts but Mama told me she was proud of me because a real woman takes care of her family no matter how hard it gets. So I nodded and smiled and said everything was alright. I told myself I was happy. I repeated that lie like a prayer, with so much passion that I convinced everyone.

I wanted to make Mama proud so I promised I would be the woman she had raised me to be. I smiled, I nodded, I stayed silent. Mama always told me not to argue. She said a woman’s heart is what matters and no one likes a woman who disagrees too much. There is nothing more beautiful than a woman who can stay silent.

Speak with your eyes, Mama told me.

Dan, my husband, was always good to me. He worked a lot because he had to make money for the three of us. Mama always told me that money was a man’s job and I should not worry about it unless I really had to. My job was to love him because love is the best thing a woman could do. Once I wondered if I could have been an astronaut or a writer. Then I laughed at my own craziness. A woman could do no such things. Not if she wanted a family. Not if she wanted to be loved. And Dan loved me. I was happy. Or so I told myself.

Dan was not making enough money so I had to find a job. He did not like this idea, but he let me do it anyway. I became a waitress in a diner. Dan was ashamed, but he did not say anything because we needed the money.

After a few years, we had moved to a nice house in the suburbs, away from the city, from my friends and from my family. I did not want to move, but Dan said we had to because love demands sacrifices. Mama was happy for me. Dan got me a job in a better restaurant. He knew the owner and they had an agreement. I would work less hours, make less money, and have more time to stay at home. It made Dan happy. Our son was growing up to be a good man too. Mama was proud. We were a nice little family just like Mama always wanted.

But Dan lost his job when the economy crashed. I did not know anything about the economy, but Dan took it pretty hard. I tried to comfort him like Mama told me to. She said that when a man is mad a woman must do everything she can to please him for only her heart can heal his. So I cooked, smiled, and nodded for him. I agreed with him and I stayed silent. But his anger grew stronger and his heart harder.

The first time he told me to shut up, I did. I must have said something wrong. He loved me. He just wanted to teach me, tell me how to be a better woman to him. So I did. I shut up. I had a job and he had not. He did not like that so when he found a job, I quit mine. We were happy again.

It sounded like a song in my head, a repetitive lie that became my absolute truth. He loved me. I know that because he said it all the time.

No one loves you like I do, he would say.

I believed him. I loved him. His anger was just a consequence of my mistakes. It was justified and I accepted it. I was nothing without him. I deserved it. I was lucky to have him. My high school sweet heart.

He liked to invite me to nice restaurants when he could afford it. It made him feel powerful. He would tell me to look pretty. He liked to show me off when he could. One night, he caught me looking toward another man. I was not really looking, but he thought I was and Mama told me that a man is always right so I apologized. He was furious and my apologies were useless. I tried to comfort him, but he would not let me. We drove home. That’s when he hit me for the first time. He slapped me and told me to never disrespect him again. When his hand hit my face, I felt my knees collapse and I fell. Mama did not prepare me for this, I thought. I cried. I know I should not have because no one likes a drama queen, but I could not help it. I touched my face and I cried.

Don’t you dare cry, you know what you did, he said.

I disrespected him. He did not mean to hurt me. He just wanted to teach me, show me how to be a better woman to him. I said I was sorry and he forgave me. We were happier now.

One morning, I overslept. Little John was late to school and Dan was late to work. It was my fault. Dan threw me against the wall like a sack of potatoes. I hurt my wrist. He was right, it was my fault. I apologized and made sure it never happened again. I was learning, thanks to him, how to be a good woman.

When John failed his school tests, Dan slapped me. He said his failure was my fault. I did not cry, I was expecting it. Dan was always teaching me because he loved me. John was my responsibility and I had failed him. Dan was right. He knew better.

When the slaps turned into punches, I cried again. His punches were hard and strong. I could barely cover the bruises but I did my best. I buried the marks around my neck with a scarf because I had to be pretty and the marks were not pretty.

Dan said I looked old. He said I was doing it on purpose. Mama always told me that a woman must always remain young so she gave me all those creams to cover my face. Dan wanted me to be as pretty as when I was in high school because he loved me. So I bought more creams and I covered my wrinkles. I lost weight because Mama always told me that pretty girls must be skinny. Dan just wanted me to be pretty, just like Mama did. He said I should eat less, so I did. To be pretty. For him.

I thought if I listened he would stop hitting me. He never did. I kept listening and he kept hitting. I did not know any better and I loved him. He was my troubled soul mate and only I could help him. I took the punches because I wanted to help him. He punched me because he loved me.

John was growing up to be like his dad. His little eyes were filled with the same anger, passed down from generation to generation. I was scared of my own child and ashamed of my own emotions. I had failed them both. I deserved the punches, the emotional slaps and hatred. He loved me with hatred. I loved him too, with fear.

I’m happy, I said to the mirror.

I told him I was leaving. He laughed.

No one will ever love you like I do, he said. Don’t you dare walk away from me! You hear me, little bitch, don’t you dare turn your back on me! Don’t you get it? Can’t you see how much I love you?

I saw that I should have never been loved that way. He cornered me against the wall, he tried to kiss me. I pushed him away. He pushed harder. Mama always told me not to fight, but I did not listen. I fought back. My whole, weak being fought back. He punched me, I punched back. He slapped me, I scratched back. He yelled, I screamed. He hurt me, I hurt him back. I ran to escape but he followed me.

I will kill you, he threatened.

Freedom from him, freedom from Mama. In that very last second, I was finally me. 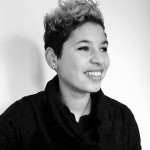 Nora Kervroëdan is a twenty year-old feminist and student from France about to graduate from the University of Central Florida with a bachelor’s degree in English and Literature.