Personal is Political: Wholeness, Homeness: A Love Note to Toni – The Feminist Wire

Personal is Political: Wholeness, Homeness: A Love Note to Toni

The year was 1988: Sweet Briar College—a small, rather tony women’s institution in central Virginia—had finally knuckled under and was officially observing Black History Month; Cheryl Clarke and I had been invited to join Toni Cade Bambara as part of the festivities. Guided by the Bambaran philosophy that “the most effective way to do it is to do it,” the potentially complicated logistics were handled briskly, with a forthright ease. I had a gig at Philadelphia Community College the night before; since Cheryl Clarke was driving down from New Jersey with Bernice Grant, they made a deft little detour and swept me up along the way. The drive down was pure Black Women Joyousness: Cheryl and Bernice traded off at the wheel, while we swapped war stories and laughed off our apprehension about small southern places like Sweetbriar (ironically, I would move to Virginia less than two years later—and less than an hour away from our destination). Cheryl had brought along a box filled with home-made fried chicken, and I was immediately overcome with a sense of goodwill, for it brought back memories of my grandmother, who never sent a traveler off without a boxed home-cooked dinner, each portion neatly wrapped in foil or wax paper. Driving into unknown and unnerving territory, laughing and eating with two women I had never met before but felt like I had known all my life, I thought, “This feels as if I’m right at home.”

And to top things off, there was Toni Cade Bambara, waiting at our journey’s destination. Toni, whose stories I had devoured, always hungry for more. Toni, whose anthology of female black writers (The Black Woman: An Anthology) had kept the flame going when times were darkest and I could see only the faintest flicker. Toni Cade, whose novel The Salt Eaters I had thumbed through so many times that my copy began shedding pages, yet whose very first sentence—“Are you sure, sweetheart, that you want to be well?”—pierced me to the core every time I read it. 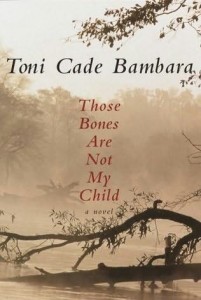 A few false turns and detours landed us at Sweetbriar after sunset; relieved to have navigated the last few miles of darkened southern countryside without incident, dusty and faintly smelling of chicken, we slunk into the hall just as Toni was finishing a reading from the work-in-progress that would become the acclaimed Those Bones Are Not My Child. But there was no way to remain in the background; we were introduced to the audience and invited onstage. So my first meeting with Toni occurred under the glare of bright lights; and though I don’t recall what words were exchanged—the welcoming applause drowned out all dialogue, anyway—what I do remember, as I found myself immediately enveloped in her warm embrace, is thinking: “Yes, I am home, truly home.” 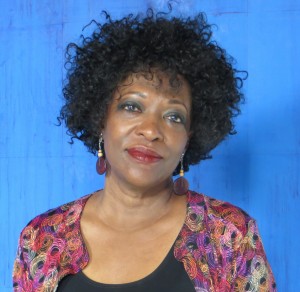 Rita Dove served as U.S. poet laureate from 1993 to 1995 and as poet laureate of Virginia from 2004-2006. She is the author of nine collections of poetry, including Thomas and Beulah, winner of the 1987 Pulitzer Prize, and the 2009 tour de force Sonata Mulattica, a poetic treatise on the life of 19th century violinist George Bridgetower. Other publications include a collection of short stories, the novel Through the Ivory Gate, the drama The Darker Face of the Earth and, as editor, The Penguin Anthology of 20th-Century American Poetry. In 1998 the Boston Symphony debuted her song cycle “Seven for Luck,” with music by John Williams, under the composer’s baton. Ms. Dove has received numerous honors, among them the 2011 National Medal of Arts from President Obama, the 1996 National Humanities Medal from President Clinton, the 2003 Emily Couric Leadership Award, the 2008 Library of Virginia Lifetime Achievement Award and the 2009 Fulbright Lifetime Achievement Medal, as well as 25 honorary doctorates—most recently, earlier this year, from Yale University. The Furious Flower Poetry Center at James Madison University dedicated its third decade-defining conference on contemporary African-American poetry to Ms. Dove in September 2014. Rita Dove is Commonwealth Professor of English at the University of Virginia.