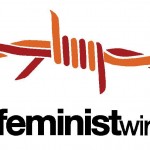 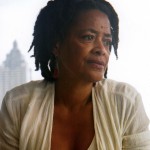 In designing the Forum, TFW’s Associate Editors Aishah Shahidah Simmons and Heidi R. Lewis, partnered to curate the online Bambara tribute.  Simmons, a former Bambara film student in the 1990s and Creator of NO! The Rape Documentary, and Lewis an Assistant Professor at Colorado College, spent over six months conceptualizing, organizing, and editing the forum, which includes writers, scholars, poets, filmmakers, activists, and others.

Bambara believed that the role of the writer/artist is “to make revolution irresistible.” She also believed that the work and responsibility of the artist/cultural worker is determined by the community that they serve.  Contributors to the forum speak to Bambara’s continued influence on political and social movements.

Nobel Laureate and Pulitzer Prize winning author Toni Morrison called her dear friend Bambara, “a writer’s writer.”  In 2013 Bambara was posthumously inducted into the Georgia Writers Hall of Fame.  Additionally, she has received numerous others awards and accolades in her lifetime for her writing, including 1981 American Book Award from the Before Columbus Foundation.  Bambara’s written work includes the ground breaking1970 anthology The Black Woman, two short story collections, Gorilla, My Love (1972) and The Seabirds Are Still Alive (1977); and one novel, The Salt Eaters (1980). Toni Morrison published two of her friend’s work posthumously Deep Sightings and Rescue Missions (1995), a collection of fiction, essays, and conversations; and, Those Bones Are Not My Child (1999), a novel about the Atlanta Child Murders.

A noted documentary filmmaker, Bambara also taught, mentored, consulted, worked and/or partnered with many emerging and veteran documentary and narrative filmmakers. She was also a film critic who applied her razor sharp Black feminist analysis in her critiques of film. Her cinematic work includes the award-winning films, The Bombing of Osage Avenue and W.E.B. DuBois: A Biography in Four Voices, both of which were produced and directed by Louis Massiah.

Other contributors include, Linda Janet Holmes who recently published A Joyous Revolt, the first full-length biography on Bambara; Thabiti Lewis who is the editor of Conversations with Toni Cade Bambara; E. Ethelbert Miller who is responsible for placing a portrait of Bambara on a stamp coming out of Ghana; and Malaika Adero, who, in her former role as Vice President/Senior Editor at Atria Book/Simon & Schuster, published a new edition of Bambara’s The Black Woman: An Anthology, with a foreword by Eleanor Traylor. Adero is responsible for bringing the out of print anthology back into print.

Activists, scholars, cultural workers, and others interested in learning more about the life and work of one of the most significant Black women writers to emerge in the 20th century will want to share this online forum with those who have yet to learn of Bambara’s brilliance and influence on political and social movements.