Facebook and Apple Want Your Unborn! Or, Why Corporations Should Keep Their Hands Off Employees’ Ovaries – The Feminist Wire

Home / Bodies / Facebook and Apple Want Your Unborn! Or, Why Corporations Should Keep Their Hands Off Employees’ Ovaries

Facebook and Apple Want Your Unborn! Or, Why Corporations Should Keep Their Hands Off Employees’ Ovaries

We all knew the Supreme Court Hobby Lobby decision earlier this year, which ruled that corporations with religious owners cannot be made to pay for insurance coverage of contraception, was only the tip of the iceberg. I for one imagined (only a bit facetiously) that Walmart, Chick-Fil-A, and other conservatively-owned businesses would soon be banning women shoppers from wearing slacks or requiring that female employees remain at all times barefoot and pregnant. 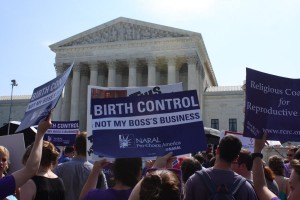 What I did not imagine was that seemingly progressive corporations like Facebook and Apple would also be trying to mange their female employees’ reproductive lives, under the guise of supporting women’s childbearing choices. Apple and Facebook’s recent offers to female employees of elective egg freezing benefits have been roundly critiqued as a not-so-subtle message for women workers to delay their childbearing in favor of advancing their careers and corporate profits. Bioethicists note that the American College of Obstetrics and Gynecology (ACOG) does not endorse egg freezing for “the sole purpose of circumventing reproductive aging in healthy women,” while the American Society for Reproductive Medicine (ASRM) goes even further. ASRM notes that egg freezing should be considered a viable option for women for whom it is medically necessary, including young women with cancer who will receive radiation, surgery or chemotherapy that will render them infertile, but too physically, emotionally and economically risky for those for whom it is simply a tool of delaying fertility.

Anthropologist Marcia Inhorn has written about egg freezing as an answer to the “fertility penalty” that mid-career women experience (and received some pushback from other feminist anthropologists), and in her infamous Atlantic article “Why women still can’t have it all,” Anne Marie Slaughter endorsed egg freezing as an answer to increasing women’s career options. Yet there are even more voices pointing out the fallacies of these wishful reproductive-technology-will-solve-all arguments. In the Harvard Law and Policy Review, legal scholar Seema Mohapatra writes, “marketing this technology for the purpose of deferring childbearing may give woman false hope.” Despite the prevalence of ‘egg freezing’ parties, the industry’s latest client-attracting business model, the fact remains that the risks of ovarian hyperstimulation and multiple ova retrieval procedures include blood clots, organ failure, ovarian torsion or even ovarian rupture, which can result in infertility. And these risks are for what sorts of outcomes? Well, ASRM asserts that the chances of a frozen egg leading to a live birth is only 2 to 12 percent, with the chances plummeting from eggs harvested from women in their late thirties (note that the average age of nonmedical egg freezing customers in the U.S. is apparently 37.4).

But how can we understand this corporate offer through a reproductive justice (RJ) lens? It was women of color who encouraged the U.S. reproductive justice movement to move beyond the binary of simply abortion choice or lack of choice. While middle-class white women’s reproductive justice issues in this country may have historically been framed by the abortion debate, global indigenous, disabled, immigrant, imprisoned, and other communities of women have long had to face myriad issues including coerced sterilization, contraceptive experimentation, and other limits to our ability to chose how and when to carry, deliver, and raise our children – or to choose not to have children despite histories of coerced pregnancy, as under U.S. slavery.

Similarly, consider that reproductive coercion (RC) is usually understood in this country as solely a form of intimate partner violence, a manifestation of the power and control that individual abusers hold over those they abuse. ACOG defines RC as a form of sexual coercion that can include coercing a partner to have unprotected sex; attempting to impregnate a partner against her will; controlling the outcomes of a pregnancy (i.e. forcing a partner to have an abortion); or  birth control sabotage (such as hiding contraceptive pills or poking holes in condoms). Yet this individual-centric definition of RC is insufficient when dealing with South Asian and other immigrant communities, where perpetrators may include family members, clergy, community members, and others who may control a women’s reproductive decision-making through everything from emotional abuse and pressure, to physical harm and withholding food, to enforced abortion in order to end, for instance, a pregnancy where a female fetus is being carried. Cultural values themselves, then, such as South Asia’s strong son preference, become sources of reproductive coercion. 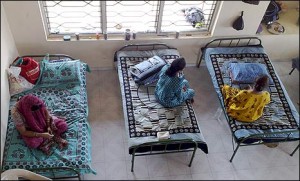 But American Facebook employees are not bound by such cultural values, you might argue. (Unless “leaning in” is a cultural value? Hmm…) Anyway, freezing one’s eggs is a choice; an autonomous decision based on free will to do with one’s body what one choses, right? Not necessarily, I would assert. The illusion of women enjoying unadulterated autonomy in reproductive decision-making is the product of a non-intersectional middle-class U.S. feminism. In my own work looking at the booming business of transnational surrogacy in India, for instance, I have come to realize that free will isn’t always quite so ‘free.’ While we do not want to discount women’s agency, we also must realize the contexts of that agency. For Indian women, the ‘choice’ to become a gestational surrogate is rarely any sort of autonomous decision based on a sense of individual bodily ownership or integrity. Indian gestational surrogates agree to carry other couples’ fetuses in exchange for money due to dire economic need. These economic pressures are most often collectively rather than individually felt: a new family home, a father-in-law’s medical care, or a child’s education.

Or consider the case of forced sterilization in Puerto Rico, where corporate and state interests colluded to control Puerto Rican women’s reproductive lives. For many decades in the mid–twentieth century, a time when U.S. sugar farmers controlled a large portion of the island, the Puerto Rican government and the International Planned Parenthood Federation ran voluntary sterilization campaigns on the island. Studies afterward showed that many women were misinformed about the permanent nature of the procedure, or felt they had no choice since there were no other contraceptive methods available on the island.

The prevailing wisdom was that denial of motherhood was a more effective means of incorporating women into the workforce than affordable childcare… Sterilization in Puerto Rico…was “voluntary” only in the narrowest sense of the word. Employer discrimination and a general lack of alternative options gave women a very strong incentive to participate in the procedure. The basic idea that sterilization would free women from the burden of childbearing to work in an industrialized workforce underwrote the entire program. This was done in the context of a women’s rights movement in the United States strongly supporting birth control as a means for women’s gaining more reproductive rights.

Is it just me, or does this sound applicable to Apple and Facebook’s current corporate egg freezing benefits? 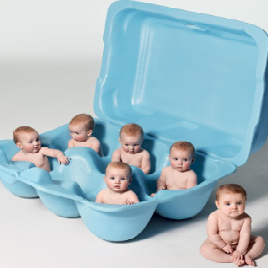 The fact is, whether intended or not, Facebook and Apple’s offers to freeze female employees’ eggs are a form of corporate reproductive coercion and must be understood as such, pressuring women to sacrifice family for career, perhaps at the risk of their own health and wellness. Reproductive ‘choice’ is hardly free in the context of cultural pressures mixed with economic and employment needs. Corporations of any political persuasion have no business controlling workers’ reproductive body parts or wholes. Employers who seek to support employees’ reproductive choices (regardless of gender, age, or sexuality) should consider robust parental leave benefits and generous on-site daycare, not offers of reproductive coercion disguised as reproductive choice. 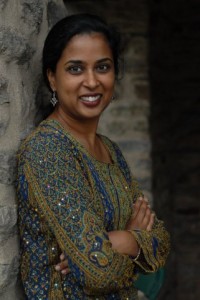 Originally trained in pediatrics and public health, Sayantani DasGupta, MD MPH, teaches in the Master’s Program in Narrative Medicine at Columbia University and the Graduate Program in Health Advocacy at Sarah Lawrence College. She is Co-chair of the Columbia University Seminar on Narrative, Health and Social Justice and a faculty fellow at Columbia’s Center for the Study of Social Difference. Sayantani is the co-author of a book of Bengali folktales, the author of a memoir about her time at Johns Hopkins Medical School and co-editor of an award winning collection of women’s illness narratives, Stories of Illness and Healing: Women Write their Bodies. She is widely anthologized and published in venues including Ms., JAMA, Literary Mama, The Lancet, and the recent Fifty Shades of Feminism (Little, Brown UK). Sayantani also writes for children and teens, and blogs for numerous online publications including Adios, Barbie, a pro-body image website. You can learn more about her work at www.sayantanidasgupta.com and http://storiesaregoodmedicine.blogspot.com. You can follow her eclectic twitter feed @sayantani16, where she tweets about medical humanities, gender justice, parenting, pop culture, and anything else that tickles her fancy.