In Israel and Gaza, as in Ferguson, Missouri, officials may declare an armistice, and attempt to remove citizens from the streets, but the wars will persist. The fears of existential global threats, namely ISIS, push news concerning domestic unrest off the front page. Growing rates of poverty, racial tensions, and unemployment seem to hardly be considered by the Israeli and US government. In such frantic and fear-ridden climate, the death of one Palestinian-Israeli teen, Mohammed Abed Al-Majeed Sunuqrut, went unreported in Western and Israeli media. The story of his death must be told. 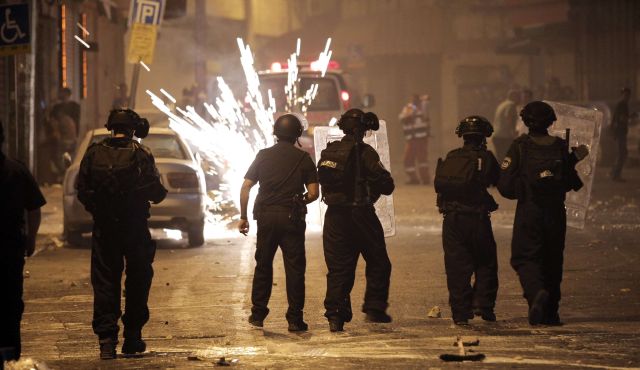 For sixteen-year-old Mohammed Abed Al-Majeed Sunuqrut and his family, the current ceasefire means little. During an August 31 riot, a month after the war in Gaza officially ended, the unarmed Sunuqrut was shot by Israeli police in the eastern Jerusalem neighborhood of Wadi Joz.

Sunuqrut died on September 8, a week after his injury. The youth’s relatives claim that an Israeli soldier shot Sunuqrut at close range in the head with a rubber-coated steel bullet. In contrast, Israeli authorities assert that Sunuqrut was only shot in his leg with a sponge-tipped bullet, an injury that made him fall and fracture his skull, which eventually led to his death. Given the escalation of violence in East Jerusalem since early July, the Jerusalem Police sources maintain that they didn’t use the so-called “rubber-coated bullets.”

The results of the autopsy, though, tell a different story. Israeli doctors reported that they are still waiting for the final result from the lab examination. However, they do not intend to publicize the results. Based on the examination by Palestinian doctors it appears that Sunuqrut died instantly after he was shot in the head by a rubber bullet (in contrast to the claims of the Israeli police that Sunuqrut was injured only in his leg).

The invisibility of Mohammed Abed Al-Majeed Sunuqrut’s death in Western media is striking and disturbing. In American news reports his killing remains virtually unknown. Media outlets, including the New York Times, the Washington Post, and the Los Angeles Times overlooked the death of Sunuqrut. The Israeli media, and primarily Haaretz and the Jerusalem Post, devoted a few of lines to acknowledge the incident and described it as part of spontaneous exchange between Palestinian and Arab-Israeli protestors – often identified as terrorists and lawless brutes – and the Israeli police. In other  Israeli channels, such as Channel 2 and the popular daily Yediot Ahronot, the death of Sunuqrut remains unnoticed. It is a ghost story hidden from view.

To most people, especially in the West and in Israel, Sunuqrut is the “child” of nameless villains who deserves to die without a trace. It is no longer only the killing of an unarmed “terrorist” which needs to be questioned, it is its invisibility.

Could we imagine similar media coverage of the killing of an Israeli-Jewish teen? I doubt it. If for the Israeli government, the horrendous killing of three teens justified an attack on Gaza and the killing of nearly 500 Palestinian children and one Israeli, what will Mohammad’s death justify? What does the death of young individuals in such disproportionate rates tell us about the official language of the powerful as our youth perish? Have we become so accustomed to this unequal situation where Palestinians, like other oppressed groups around the globe, continue to remain unnoticed? What does this manipulated silence camouflage?

I think about Michael Brown of Ferguson, Missouri, and about Mohammed Abed Al-Majeed Sunuqrut of Wadi Joz. I think about the excessive and overbalanced number of deaths, and the constant dehumanization of Palestinian and Black communities. Nobody wants to learn anything about or from them. And when these teens take to the streets to voice their grievances, they encounter U.S. and Israeli police and their sophisticated brutality against Palestinians and African Americans. 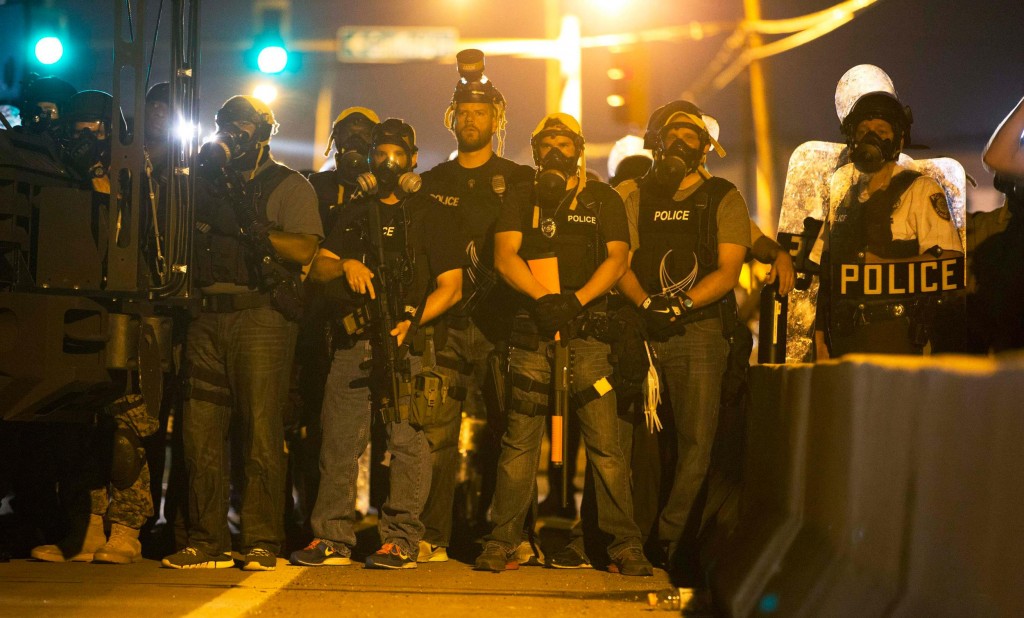 Police in Ferguson, Missouri respond to protests following the death of Michael Brown.

The militarization of municipal police forces in the U.S., including their use of tear gas and stun grenades, must be viewed in direct correlation with the training of U.S. police departments in Israel for so-called “anti-terrorism training,” privately funded by the Anti Defamation League (ADL), American Jewish Committee, and Jewish Institute for National Security Affairs. Brown and Sunuqrut are the most recent victims of such violent institutions.

The unexcused killing of Palestinians (Arab-Israelis) and African-Americans has become part of spectacular headlines, momentary commodities of mainstream press that last for a day, or not even that. In the interim, the use of militarized and violent forces against these populations has become part of an insidious norm.

From Israeli violent oppression to Hamas’ ruthless rocket launching from the strip, scarce attention was given to the increasing rates of poverty on both sides of the border. Instead, Palestinians and Israelis are left with images of martyrs and heroes that spread like the measles. The average wages in Gaza still range between $1-2 dollars per day and unemployment rates remains among the highest in the world. Israel has a poverty rate of twenty-one per cent — a higher percentage of poor people than Mexico, Turkey, or even debt-ridden Spain and Greece, according to a 2013 study by the Organization for Economic Cooperation and Development (OECD).

I would like to think, though, that the story of the death of Mohammed Abed Al-Majeed Sunuqrut must remind us that “anti-terrorism” has nothing to do with justice and safety. Indeed, Sunuqrut’s unreported death illuminates something greater.

Our Mohammed Sunuqruts, like our Michael Browns, were swept under our democratic rug for they present a threat of reprisal, a change feared, and made evident gross attempts to turn unarmed teens into thugs and thus legitimize their death. It exhibits a different kind of “occupation” that involves a deep lack of transparency in our governments, including their institutions and press that make some of us not only disposable in our life but also unnoticeable in our death. The failure to remember Sunuqrut’s death is itself a failure of courage, discernment, and more importantly, a reckless attempt to silence protest against injustice, a suppression that cannot last for long. 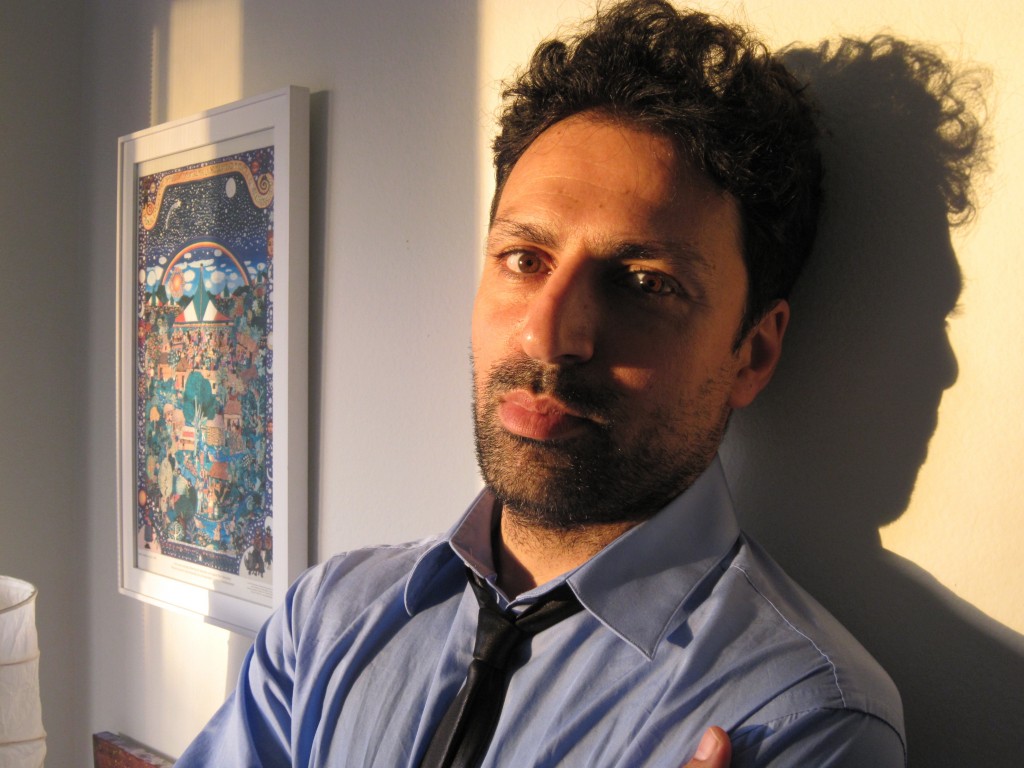 Related Items
← Previous Story “No Climate Justice Without Gender Justice:” Women at the Forefront of the People’s Climate March
Next Story → On Ferguson, the Fragility of Black Boys, and Feminist Futures