On Ferguson, the Fragility of Black Boys, and Feminist Futures – The Feminist Wire

On Ferguson, the Fragility of Black Boys, and Feminist Futures

By Aliyyah. I. Abdur-Rahman

Recently over dinner, my dear friend Sandy Alexandre, Associate Professor of Literature at MIT, and I were talking about both Michael Brown and my adolescent son, Isa. Sandy shared with me that she’d heard that black women had started purchasing clothing that was too small for their teenaged sons so that they might appear younger and thus would be less likely to be perceived as criminal threats who might be killed by the police while walking down the street in mid-afternoon. So, because they do matter so much, and yet are so rarely recognized as proper subjects of feminist consideration and agitation, I share some remarks here about the centrality of black boys, and their mothers, to feminist futures.

It might be worth it for me to say at the outset that I write and work and live not simply as a feminist but, more specifically, as a black feminist. I open with this clarification to locate myself, my work, and my statements here within a specific history of activism and a specific set of frameworks and propositions that, for me, grant feminism both world-relevance and political vitality. To resist the lure of colonization and racism, it seems to me that feminism must always have internal variance, local iterations, disparate genealogies, and a variety of proper names.

As we know, in August Lesley McSpadden lost her son, Michael Brown, to police brutality. Michael was eighteen years old at the time of his death. He was walking down Canfield Drive to his grandmother’s apartment complex when he and his friend, Dorian Johnson, were stopped by the police. Michael had no convictions as a juvenile or as an adult, and no charges were pending against him. He had graduated from high school a mere eight days prior to this encounter with the police, and he was scheduled to begin college two days later. The white officer, Darren Wilson, ordered Michael and Dorian to move to the sidewalk. After a brief scuffle between Wilson and Michael inside the police car, Michael broke away and fled. Wilson pursued. Attempting to save his own life, Michael raised his hands above his head to signal his surrender. But, as though this generally recognizable signal of submission is not legible in the bodies of black boys, Wilson fired repeatedly at the unarmed teenager. Michael was shot six times, twice in the head, and killed.

Lesley McSpadden lost her son within three minutes of his encounter with the police in Ferguson. And her child, whom she has described as “almost like a healer,” was left dead in the middle of the sidewalk for four hours, face-down, his blood streaming into the street, his sneakers visible beneath the white sheet that covered him.

Approximately 10,000 black women lost their children to lynching in the decades between Reconstruction and the first World War. They killed Mamie Till-Mobley’s son, Emmett, in 1955 for supposedly whistling at a white woman. At 14, he was the prettiest boy ever, and they beat him, shot him, relieved his right eye of its socket, tied a 70-pound fan around his neck, and left him submerged in still water. He’d been a beautiful boy; his mother left the casket open. In the current millennium, black women lose their unarmed children to trigger-happy police on an average of twice per week. Thus, from the social death of embodied black slavery to the commonplace and gruesome death of rampant lynchings to the deleterious effects of black criminalization and police violence, black women have struggled to envision and to ensure the collective futurity of a vulnerable population for whom neither the quality nor the duration of life can be taken as a given. As many black women have asked since Michael Brown’s murder: when will women’s reproductive rights extend to the right of black mothers to have their children survive?

I became a mother shortly after completing college within the context of a brief marriage. After my marriage failed, I began graduate school, pursuing my doctorate largely as a compensatory gesture—as if only by something grand could I comfortably and sanely occupy my new status as a young and now single African American mother. What I learned from mothering are the unyielding limits of a solitary pair of hands. My son is fifteen years old now. He has grown up hearing me tell him that I love him more than the world and everything in it. I realize, when I say this, it sounds quite dramatic, and I realize that hearing this declaration places my son under extraordinary pressure. Still, that statement—that I love him more than the world and everything in it—is my best approximation in words of how I feel about my son. And those words are often uttered as a plea for him to stay here, with me. Because we are up against people who fail to perceive the childhood of a black child over the age of ten, I find myself disciplining my son’s growing body. I half-heartedly suggest that he inhabit his body a little less cockily. I remind him to keep his hands out of his pockets while shopping. I instruct him to be utterly respectful when talking to teachers and to the police. And I remember each day that no matter what I might accomplish, as the mother of an African American boy, the cumulative achievement of my life and of my son’s life will be that he outlives me.

Because black children are those primarily vulnerable to social and material harm, because black boys are not simply the icons but the predominant victims of premature death, it is essential for feminism to grapple with their need of sociopolitical remedy. How might feminism provide a framework for registering plainly the worth and the fragility of black children? How might it conceptualize the tenacity of racism in the current moment and find language for its impact on black women and children? In our putatively post-racial, neoliberal state, social good is no longer the responsibility of local and federal agencies; it is left, rather, to the biases of private corporations and the discretionary impulses of uneven global capital. For its own continued world-relevance and political utility, feminism must commit to a politics of advocacy on behalf of impoverished black children who continue to languish under the pressures of Civil Rights retrenchment, negligible economic resources, dwindling communal supports, and juridical and educational disparity. Antiracism is central to feminist futures.

How might we use feminism ultimately as a methodology, a mode of critique, a progressive politics that allows us to name and to correct asymmetric social structures on behalf of those who are truly most vulnerable among us? 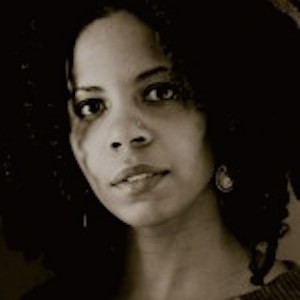 Aliyyah I. Abdur-Rahman is Associate Professor of English, African and Afro-American Studies, and Women’s, Gender, and Sexuality Studies at Brandeis University. She publishes and lectures widely on topics ranging from the relation of sexuality and social order in New World slavery to the impacts of Civil Rights retrenchment on black familial formation and function in the current, putatively “post-racial,” moment.

A two-time winner of the Darwin T. Turner Award for Best Essay of the Year in African American Review, Abdur-Rahman has been awarded fellowships from the Ford Foundation, the Woodrow Wilson Foundation, the American Association of University Women, the Mellon Foundation, and the W.E.B Du Bois Institute at Harvard University. Her first book, Against the Closet: Black Political Longing and the Erotics of Race, was published by Duke University Press in 2012. She has previously published pieces in The Feminist Wire.