The Violence, Anti-Blackness, and Black Life Matters Forum: An Introduction – The Feminist Wire

The Violence, Anti-Blackness, and Black Life Matters Forum: An Introduction

The recent shooting and murder of 18-year old Michael Brown by Officer Darren Wilson in Ferguson, Missouri, galvanized a local movement for justice on behalf of Brown’s family. At the same time, his heartrending death – like the deaths of Trayvon Martin, Renisha McBride, Eric Garner, and too many others – has drawn attention to the ongoing crisis of state-sanctioned police and vigilante-style violence in the U.S. of which Black people are frequent targets.

This forum was conceptualized with the purpose of naming and analyzing anti-blackness: its various permutations, the ways it functions systemically and structurally, and its manifestations in state practices, economic systems, and cultural practices. As Che Gossett has written, “Rather than leaving anti-blackness and the scholarship that attends to it…in the ‘position of the unthought,’ it seems to me that political solidarity can only be strengthened by grappling with these topics.” 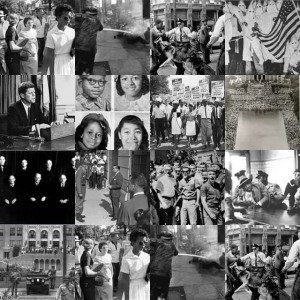 Authors were invited to examine instantiations of anti-blackness, drawing on their own scholarly expertise in religious studies, health studies, history, media studies, and other fields. The essays in this forum reveal anti-blackness in multiple spaces and formations: as evidenced in policing practices; as a signifier of theological evil; as a form of terroristic necropolitics; as reshaping geographic space in gentrifying urban neighborhoods; as that which seizes Black life from the time of conception through birth and premature death.

At The Feminist Wire, we name anti-blackness and its various manifestations as feminist concerns. Our three-pronged mission of feminism, anti-racism, and anti-imperialism is necessarily intersectional. And though we are relentlessly critical, we are also hopeful. That is, we analyze social ills and simultaneously seek to create and name alternative modes of being. We move beyond diagnosis to prognosis, to imagine into existence new ways of life that lead to human flourishing.

Related ItemsAnti-BlacknessEric GarnerMichael BrownPolice ViolenceRenisha McBrideTrayvon Martin
← Previous Story COLLEGE FEMINISMS: Bringing “All” to the Tent of Communal Healing
Next Story → The Price of Blackness: From Ferguson to Bed-Stuy