By Guest Contributor on September 5, 2014 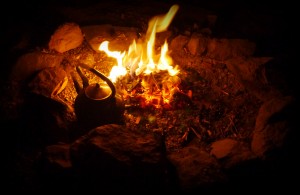 I’d rather you curse your stars
than curse my mother’s overburdened limbs.
Sixteen years and counting.
The blood, sweat, and the all-purpose oil are enmeshed in the fall of her sari
which is the only thing she has close to an identity;
but you- glorious head of the table,
you- supreme provider of the family,
you wouldn’t blink before ripping it to shreds
like you do to her individuality.
Yanking my hair to prove a point won’t make me respect you.
Rebellion is an insidious rogue,
it works from within,
and I never cared for non-violent resistance anyway.
I shrugged away that history lesson
long before I learnt the ropes of “obedience.”
But this is me, and I am not my mother.
I am not her acquiescent eyes,
and I am not her prisoner heart.
My destiny does not scream for revenge
and is not silenced by the cackle of the water on a hot pan.
The blood that oozes from my finger when pricked with a needle
will not be forced back in because you want it to.
I will not be ridiculed for staining your white crisp sheet
when that time of the year comes a-knockin’
I will pull out my guts from within
and present them to you on a silver platter.
I will pour out all the rage that writhes in my chest
and tumble them into your glass of wine.
I will rip open my feelings
and let the reel of my voice run havoc
till the townspeople gather,
till the tape recorder survives,
till the birds take flight.

* This title is a line taken from the song “King and Lionheart” performed by the Indie Folk-Pop band Of Monsters and Men.

“More Than a Nursery Rhyme” 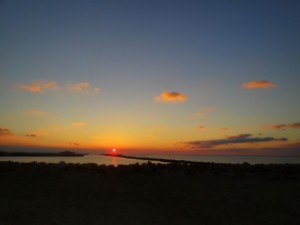 Clementine,
exploding on my tongue like pop rocks
drowning in your ocean of Manic Panic
I have no intention of being saved.

Clementine,
when men try to fit you into a concept
you disembogue like poetry
and leave them behind,
verse by verse.

Clementine,
when men look to you to complete them
show them the blisters on your hand
incapable
of holding their pieces.

Clementine,
when the dining dead have returned home
and all of Montauk’s frozen over
I will wait for you on the crumbling shore and
watch your spirit rise
at the break of dawn.

“The Lost Art of Delivering Punches” 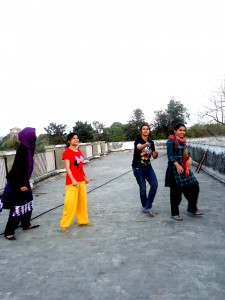 The lone flower pot is packed alongside sentimental rubble
and before my limbs can unload
the earthen pots
telephone wires
muted conversations wrapped in old table-cloths
a sparrow glides in
sings a song of emancipation
I embrace the solidarity,
realize, the melancholy is here for a while.

Braving the ocean of stigma doesn’t seem as daunting when
it’s not your head resting on the sacred pillow of matrimony,
but brilliantly ablaze watermelons,
inside out,
swollen.
The seeds break into an indignant chorus
I am an Indian woman
I know how to put my demons to bed
but resistance tastes almost as saccharine as blood
and
when I arrived at my mother’s house at the wee-hours
like a telegram on fire
a hysterical smile on my face
blinking furiously like festival lights
she almost fainted but I caught her mid fall
and said
“Sometimes, bruised lips can be liberating”

Her daughter-
reciprocating daggers
standing up for herself-
oh, how she would be ostracized
what a spectacle she would be.

Samiya Javed fancies herself as an amateur poet and activist. Hailed from the land of Hindustan, by the accident of birth, she describes herself as a wee-hour writer of the verse.   Samiya’s poems have been published in journals such as Wordweavers and Literary Yard. Samiya follows one golden rule: “Write what you know.” Her poems are confessional, raw, socially themed, and particularly pertain to women.  One day, Samiya hopes to perform her poems on stage in spoken-word form so that she can pour her heart out and watch the confetti fall from the sky.