Personal is Political: Memories of My Grandmother – The Feminist Wire

Home / Family / Personal is Political: Memories of My Grandmother

Personal is Political: Memories of My Grandmother

When my grandmother was reunited with her husband in eternal life earlier this year, my family and I were terribly grief-stricken, mainly because her death could have been easily avoided, had the hospital staff adhered to hygiene standards. However, as I caught glimpses of her meticulously gathered belongings—her evocative oil paintings of loved ones, old letters, notebooks, and her skillful legal argumentation—a sense of comfort washed over me, because I realized these items belonged to someone who knew how to treasure each and every moment. There are many things I learned from her, but first and foremost, she taught me that no matter what the circumstances, I can be everything I desire to be. 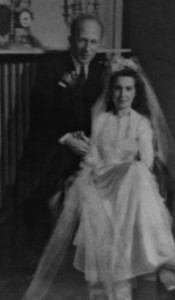 With courage and grace, she pushed boundaries—boundaries of gender norms, arts, traditions, career-life balance, and even the dreadful boundaries of age. Perhaps she did not even realize it.

Born on a freezing day in interbellum Craiova, Romania, my grandmother’s childhood was marked not only by the nation’s economic crisis and unsteady democracy, but also the death of her father, who died when she was five-years-old. Her mother, who had been a house maker, was forced to relocate to a smaller apartment and work as a kiosk sales woman, in order to provide for her two children. My grandmother and her sister were required to help out every day after school.

At age eighteen, my grandmother had been strongly urged to enter into a marriage with a man she had never met, presumably due to financial woes. Striving to be more than a housewife, she packed her bags and bought a one-way ticket to Bucharest, where she checked into a girls’ boarding house. A rude awakening awaited her, however, as she arrived at University to take the entrance examination for her desired field of study, the fine arts. She discovered that the deadline had long passed, which meant she would have to return again in a year. At that point, she was not only reluctant to go home and marry, but also lacked the funds for a train ticket back. Therefore, my grandmother decided to take the examination for whichever course that was still open for admission. This course happened to be law. Due to her well-rounded general knowledge of politics, history, and literature, she not only passed the examination, but also received a full scholarship.

In the following year, she successfully enrolled in the fine arts program. Like no one before her, my grandmother managed to complete both degrees, due to the fact that legal classes took place in the morning and art classes were held in the late evenings. The course that she once enrolled in to escape marriage became a new-found passion and a tool motivating her desire to help people.

It was in one of her extracurricular language classes that my grandmother met her first love. He happened to be her lecturer, but that and the fact that he was considerably older did not appear to raise any issues. Unfortunately, their love would be short lived. The aftermath of the second World War represented a cruel twist of fate, as my grandmother believed her partner had perished in war. He had, in fact, survived and moved abroad. For years, he sent my grandmother love letters, asking her to join him. However—for reasons beyond my knowledge—my grandmother’s sister, who had by then joined her in Bucharest, hid all correspondence from him. It was long after my grandmother became remarried that she learned the truth. And by then, both had their own families.

Having survived bombings and a major heartbreak, my grandmother focused on furthering her career as one of the first women lawyers in Romania while fostering the gift of painting. She often took pro bono cases or accepted whatever payment her clients could pay. She once told me how a young lady she represented in her divorce paid her with a live hen. Although the economy was rough and a meal containing meat would have been more than welcome, my grandmother could not bring herself to serve the hen. Instead, the hen became a much-loved pet. Word of her love for animals must have spread, because over the years, people took to leaving puppies, kittens, birds and other animals in her yard. Some were injured, others were sick, but nevertheless my grandmother took them in and cared for them. Hence, my mother has vast recollections of growing up among a little zoo of animals. 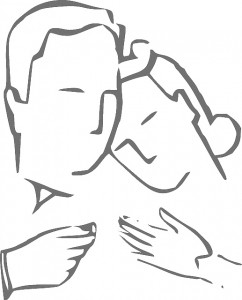 Based on her recollections, I believe that the years following her marriage to my grandfather, up until his death, were the happiest of my grandmother’s life. Together with my grandfather, she spent most of her days studying the law, preparing briefs, and representing clients in court. Even though my grandfather was a prominent prosecutor, my grandparents had an agreement to never work on the same cases—in order to avoid going against each other. Both were artistically talented and kind natured. One of my favorite reminders of their affection for each other is a set of well-preserved portraits they made for one another.

Once, I wondered what her life would have been like—if she had been born in a time without wars, communism, and economic crisis. In my naivety, I wished she could have experienced less turmoil. But it is due to the challenges she experienced that she developed her inspiring fighting spirit. I hope I can live through life’s ups and downs like she did, by deeply adoring the happy moments and enduring the bitter ones with dignity. 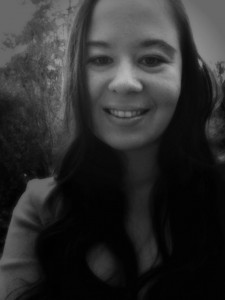 Ana Prundaru is a native Romanian, but she grew up in Japan and Western Europe. She currently lives in Switzerland, where she works as a translator and editor. Between translations, she enjoys creating fiction, non-fiction, poetry, and art, as well as volunteering for animal charities. Her work has appeared on Toad, Halcyon, Vagabond Journey, and Urban Fantasist, among other publications. Click here to learn more about Ana and her work.

Related Itemsdeath and grievingFamilygender and wargrandmothersloss and grievingMarriage
← Previous Story What My Mother Taught Me: Loving Self
Next Story → On Ferguson, the Fragility of Black Boys, and Feminist Futures