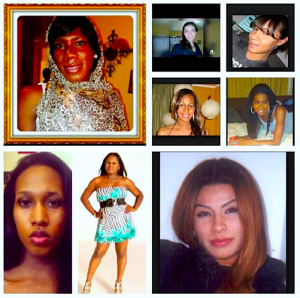 A Conversation with Activists Katrina Goodlett and Nala Simone Toussaint

Trans women of color are fighting to gain greater visibility for trans issues while also creating safe spaces for themselves. Prominent figures such as Janet Mock and Laverne Cox have brilliantly used their public platforms to address the criminalization and social “othering” of trans women of color in popular media and culture. But far too often the voices of the other women at the vanguard of the movement—those who do not have a global platform—are pushed to the margins of our social and political consciousness. This creates a dangerous silence that muffles the diverse narratives and experiences of trans women of color as well as their radical political perspectives and strategies.

I had the opportunity to speak with two women committed to grassroots activism for trans sisters of color. Katrina Goodlett and Nala Simone Toussaint are co-founding members of the New York-based Trans Women of Color Collective (TWOCC). The TWOCC is devoted to “creating revolutionary change by uplifting the narratives, leadership and lived experiences of trans women of color.” Goodlett is the host/producer of Blog Talk Radio’s “The Kitty Bella Show,” a weekly radio show dedicated to highlighting trans people of color in various industries and trans-centered social justice issues. Toussaint is a fashion designer and youth advocate for the Center for HIV Educational Studies and Training. Together, they offered insight on the most pressing issues facing trans women of color, what it means to be a good ally, and President Obama’s LGBT non-discrimination Executive Order.

TCF: Katrina, why is radio such a powerful medium through which to share the narratives and perspectives of trans women of color? Who have you had on your show?

KG: Radio is a great medium to tell our stories. Radio takes the emphasis off what the person looks like and makes the “audience” focus more on what is being said. Transfolks’ looks and bodies are often objectified in the media, and that shifts the focus off the real issues. Also, for me, radio is just a safer platform for my guest as well as myself. When I say safe, I mean the interview can be done from their home or bedroom via a telephone or computer; there’s no need to meet in public or at a studio. Online radio also allows me to podcast every single show I’ve done, and that is recorded history, something we lack in the Trans Community (a historical record of our lived experiences). Whew, I have had some amazing guests, Tanisha! New York Times best selling author Janet Mock, awarding winning filmmaker and visual artist Dr. Kortney Ziegler, activist-educator Lourdes Ashley Hunter, youth activist Nala Simone, blogger Monica Roberts, and psychic healer Noah Alvarez have all been on my show. The beauty of my show is the diversity in not just content but in the actual lived experiences of my guest.

TCF: Nala, what do you feel are the most pressing issues trans youth of color face today?

NST: Trans youth of color face a variety of barriers just for living unapologetically in their truth. Trans and gender nonconforming youth need love, compassion, and justice. They also need proper health care, financial stability, housing, and environments that are conducive for them to learn while living their authentic truth. Youths of all experiences should have classes dealing with topics like gender identity. In order to dismantle the dehumanization of Trans folks, we all need to educate our youths at an early age; allowing Trans youth that are basking in their journey of living in their truth to live comfortably. This process can happen once the adults open their minds and hearts, continue to educate each other, and create a popular language that recognizes the fact that gender never stands alone.

TCF: You’re both active in the TWOCC.  How was the organization founded, and what are its major goals?

KG: The TWOCC was founded in the wake of Islan Nettles’s death last August 2013. Several amazing leaders in the community including: Lourdes Hunter, Koko Jones, Nala Simone, Vanessa Victoria, Kiara St. James, Janet Mock, Octavia St. Lewis, Laverne Cox, and a few others took the pain and hurt that we experienced at the Islan Nettles vigil and said, “ENOUGH is ENOUGH,” “NOT ONE MORE.” During the vigil, Islan was misgendered and called out of her name by the event leaders who were not inclusive of any input from trans women of color. We are the ones that are being killed everyday, so we need to be the ones leading the memorials for our sisters. We decided to form our own collective to have our own voice and to hold folks, including ourselves, accountable. The collective is also about fostering sisterhood and love amongst each other in order to pull each other up when we are down and to always “check-in”. I’m a co-founding Board member and Chair of Membership. We can be found on Twitter.

KG: So for me these stories don’t get it right. The reporting is often times shabby and sensationalized and is focused more on victim shaming and blaming than actually reporting facts. The fact is trans women of color are being viciously attacked and murdered. In most cases the attacker was a longtime lover or friend who knew about her truth (so that old meme of “the guy didn’t know she was trans” is bull crap). Every time I hear another story it’s like a dagger to my gut. I have stopped reading the articles due to all the misgendering and transphobic comments that people bring up. Just look at the recent murder of Mia Henderson, for example. The murders will get reported in the news spin cycle and then forgotten about a day or two later. The fact is society and the media sees the lives of Trans women of color as disposable and invisible. Folks have to educate themselves; we live in a digital age for crying out loud. Willful ignorance is not an excuse.

TCF: How can we raise awareness of violence against trans women of color and move towards eradicating the violence altogether?

NST: Education is key to the process of creating change. We must broaden our understanding of ‘violence’ against trans folks. Violence is not just a stranger holding a knife; it can come from intimate partners, friends, family, and can be as simple as someone kicking one out of a bathroom, calling a trans women a ‘man,’ or certain states not allowing the change of gender markers on state IDs. We must acknowledge that it usually starts at an institutional level. For this reason, there is a call for action from trans folks and allies to unite, rally, and lobby until justice is served for the countless murders of trans women of color.

TCF: Violence and criminalization are issues that affect our society as a whole (particularly people of color), but far too often people outside of the LGBTQ community feel violence against trans people is “not my issue,” which further contributes to the silencing of trans women of color’s experiences and to a lack of political mobilization by people who should be allies. What does it mean to be a good ally?

KG: Thank you for asking this question. This is one of those issues that rarely gets talked about! I don’t get folk who follow that mantra of “this is not my issue.” Um, actually it is a Human Rights issue, so we all need to be involved. The fact is at the root cause of all this violence against trans women of color is racial injustice, and until we eradicate that, we will most likely continue to be attacked. The facts are my white trans sisters are not being attacked as frequently as my trans sisters of color; this is not a coincidence! It all comes back to race, class and privilege, and that is what I wish our allies in the black community would understand. Allyship is not a retweet; it’s not a Facebook “like.” Allyship is actually doing the work to help elevate the lived experiences of transfolk. It is providing a platform for trans women of color to tell their stories, providing resources or guiding them to resources that help them, holding other folks accountable who misgender, victim shame, or use transphobic language in daily conversation. Allies can also donate to trans-affirming organizations like the Trans Women of Color Collective, the Audre Lorde Project, the Sylvia Rivera Law Project, or Trans Tech Social.

NST: People outside the LGBTQ community who feel it’s “not my issue” are allowing world destruction. Have we not witnessed and/or learned about the historical legacies of segregation, discrimination, racism, imperialism, capitalism, classism, sexism, and other kinds of oppressive hierarchies that lead to wars and death? The lack of involvement also is a reflection of internalized phobias and self-oppression for those who have allowed the ‘system’ to drive their thoughts and actions. What if those murdered were someone in your family: sisters, daughters, cousins, etc.? Being an ally means supporting trans women, speaking out against the violence on trans women of color when you see it, placing them in leadership roles, and funding works/organizations that are for trans women of color and lead by trans women of color.

TCF: Katrina, you were invited to The White House last month for the signing of President Obama’s Executive Order to protect LGBT government employees from workplace discrimination. What was that experience like for you?

KG: Yes, I was asked to go The White House for the Executive Order signing. It was an amazing experience to be in the same room as the POTUS and to walk the corridors of The White House. However, I have to be completely transparent. I was disappointed in the lack of persons of color represented at the event. I was the only (to my knowledge) “out” trans woman of color at that event, and that is unacceptable. D.C has plenty of amazing folk doing the work, including Ruby Corado, who founded Casa De Ruby. But it’s like I said on my radio show this week: trans women of color are often an afterthought in this society. 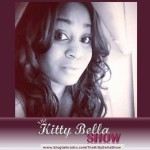 Goddess Queen sister Katrina Goodlett is an African American Transgender Woman of Color who is also the Producer/Host of The Kitty Bella Show on Blog Talk Radio. Katrina, who was born and raised in NYC, faced many struggles growing up including Transphobic attacks and violence. Katrina overcame some of her oppression and graduated college in 2005 and has worked as a government employee for 10 years. Katrina brings her past experience as a journalist and writer into her new show. She strongly believes the voices and actual lived experiences of transfolk need to be heard!! Katrina loves watching basketball and traveling. Katrina created the empowerment campaign #tgirlsrock in 2013 to raise the visibility and empower transfolk thru clothing. 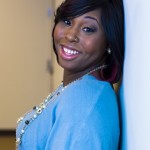 Nala Simone Toussaint works with the Center For HIV Educational Studies and Training (CHEST) as a Peer Health Navigator working with trans women to support their health goals and wellbeing. In May 2012, She earned her BFA in Fashion Design (cum laude) from the Fashion Institute of Technology. Although her concentration and degree were centered on fashion design, she also has extensive experience working with at-risk youth as a youth mentor and outreach liaison. Tousaint plans to start an organization that helps trans women and youth receive professional makeovers, attend educational workshops, and develop strategies that will guide them as they enter the job market.