She’s In: Anti-Racist, Anti-Imperial Feminists Against War – The Feminist Wire

Hillary Rodham Clinton (un)officially entered the 2016 presidential race in her interview with Jeffrey Goldberg of The Atlantic magazine. Much has been said of her criticism of the Obama administration’s Syria policy and the vacuum it supposedly created allowing Islamic “terrorism” to flourish. Much less has been said of her unequivocal embrace of president Netanyahu and the Israeli war in Gaza. Her stance condones a perpetual state of war for the entire globe.

Meanwhile, and poignantly, Palestinians stand in solidarity with Blacks in Ferguson, Missouri, against apartheid and racist policies aimed at “disposable others” like themselves. They indict the militarized and war-like policing that kills them as well as the unarmed Black teenager Michael Brown. Officers like these in the U.S. are trained in Israel, which sets the standard for high stakes security. Keep in mind these complex intersections between colonialism, racism, and militarism as I proceed to discuss HRC’s notion of foreign policy and women’s rights. 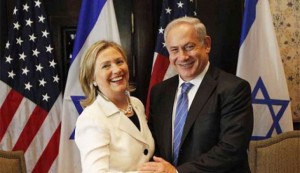 I am thinking about feminists of all sorts—and how so many of us are anti-racist and anti-militarist. HRC as president will be used to disguise militarism with a friendly white female face, read as feminist. “We” -– women — will be told that the glass ceiling has been broken. “We” will hear that we are now in a post-feminist era. But this particular “we” remains too rich, too white, too imperial, too capitalist, too… And, it is not enough to hope that this elitism will resolve itself. It is crucial for U.S. women to say no to these policies of mass destruction, incarceration, and militarization, even if the strategy for doing so seems unclear. Not in our Name.

Most feminisms in the last three decades have become more complicated, more complex, more intersectional—anti-racist, pro-Palestinian, pro-sex, pro-choice, anti-violence, pro-trans, pro-environment, and anti-militarist. It is past time to speak up against policies that continue American exceptionalism, imperialism, colonialism, racism, and sexism.

A Line in the Sand

Hillary’s renewed defense of Netanyahu and Israel’s “right” to defend itself gives “rights” to a patriarchal, racist, and colonial state. Women of all kinds and identities across these borders are put at risk in this instance. Their varied and differing rights in this war are ignored, and Palestinian women especially suffer heartbreak, and devastation and death in outsized proportion.

Hillary’s stance towards Israel endorses the same policy/ies that have not worked for decades. She still wants to enforce a singular and exclusive U.S. notion of democracy; one that she claims is universal, “American values are universal values.” She embraces Israel in this endeavor defending her position as: for “containment, deterrence and defeat.”

She says Israel must defend itself and sees the ultimate responsibility for the present tragedy in Gaza as Hamas’s fault. She frames a re-newed interventionism and calls it “smart power”—using our power “to spread freedom and democracy,” but not in old forms of unilateralism and “boots on the ground.” She may change tactics but not the strategy. The U.S. remains the arbiter of goodness and righteousness.

She speaks of balance, between overreach and under-reach. But in this opposition there is no middle ground. Her mantra is “peace, progress and prosperity.” Similar to Angela Davis, I can think of other “P’s”: “patriarchy, prejudice, poverty, Palestine, and prisons.” 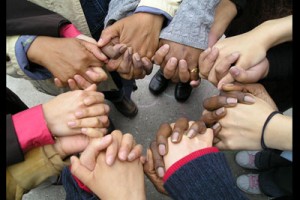 This is a singular moment—when everything that has been changing for almost half a century has come into crisis and little of what existed in the past really works, or makes sense. So, feminists of every sort need to mobilize and push for a multi-pronged agenda. It is time for feminists to stand in broad coalition with others against neo-liberal racist, patriarchal imperial practices, wherever they exist. In particular, anti-militarist feminists must join in coalition with others who demand an end to human and ecological destruction—especially in this moment, in Gaza and Ferguson.

Imperial feminism attempts to privilege inequality through gender bending that masquerades as equality. Imperial feminism privileges empire building through war. Imperial feminism exists for wealthy women, whatever their color. It denies that women lack access or opportunity on the structural basis of their racialized gender. Its view is privatized and individualized with little commitment to the masses of women, or men.

On Sexual Violence Towards Women

HRC has long said that women’s rights, and more recently, sexual violence is a key indicator of the security for any state. But sexual violence/gender violence increases in times of war. Hillary Clinton, as secretary of state, said she would make women’s formal rights integral to foreign policy. The women in Iraq and Afghanistan are wondering about what happened to this promise in their war-torn countries.

Think about Nigeria, Bosnia, Rwanda, Syria, Iraq, and so forth. So, how does one seek to end sexual violence while making and condoning war—that exacerbates every sort of violence, especially in sexual form? This past winter, February 2014, HRC delivered a lecture at University of Miami and said that sexual violence was at the heart of violence in Syria and Libya. I am thinking that feminists in the U.S. better be careful to push back here. U.S. bombs were wrapped in women’s rights rhetoric in the Afghan and Iraq wars. These strategies make complex narratives for feminisms in the U.S.

Sexual and gender violence is not a single site. Race is not a singular site. Class is also never singular in identity. The multiple and overlapping status of each singular and exclusionary approach must be challenged. These overlapping, intertwining, intersecting sites deny singular identities. War dirties the water, and destroys the forests, and ruins the earth. It is time to use our intersectional and coalitional feminism to mobilize for a just peace.

Women’s Rights and the Market

HRC says that peace and security are dependent on the participation of women, especially in the labor force, in the formal economy. How do you “fix” the economy by allowing and encouraging women to enter it? And how do you “fix” women with an economy that is structured with racial and sexual ghettoes? Having women enter the labor force is an old strategy that intensifies the triple day of labor for women, but is not tied to their freedom, or equality, or liberation. Jobs did not bring liberation to women in Russia after their revolution, or to women in the U.S. today. Supposedly the GDP goes up if women enter the labor force—increasing productivity 34 % in Egypt and 9% in Japan. But who really gains here? And where is the peace and security in Egypt just now?

HRC uses her “No Ceilings” initiative to advance women and girls around the world. She says, “giving women the tools to fully participate in their economies, societies and governments” is the unfinished business of the 21st century. I am more interested in a “no basements” initiative.

We need language and analysis and politics that can grow with us. Let us be radically democratic and look for an inclusive solidarity with each other. HRC allows us to clarify the multiple politics of feminisms, by differing with her worldview.  Stop wondering if Hillary is going to run. Instead, let us figure out how we can build feminist solidarities to stop war everywhere, including the daily war on our environment.

Choosing a Coalition for Feminisms

Power feminism, imperial feminism, and white middle class feminism are not the answer to this moment of crisis. The more radical-liberal hopes of sexual and racial equality have been debased towards neo-liberal individualized and downsized promises. Opportunity is the new mantra. Equality (of opportunity) has been erased. 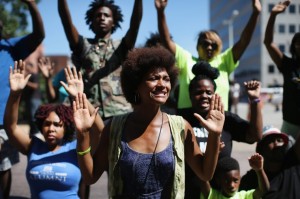 Feminism is about so much more than gender, and the concerns that emanate from this site. It involves the multipronged, multiple, and complex identities of gender—racial, class, sexual, age, ability, trans, and so on. Feminisms insist on naming gender and the way it intersects at all these locations.

Sheryl Sandberg asks women at the top to “lean in” and not pull back from demanding their due. Jill Abramson, former editor of the New York Times, who leaned in quite successfully, was then publicly humiliated and fired. Abramson’s case reveals the elitism of women’s rights as well as the truth of sexism and glass ceilings, and glass cliffs. There was much discussion about how she was held to misogynist standards. And she was. But the exposure of this insult applies to most women in most places. There should be outrage for the rest of us as well.

Imperial feminism is not intersectional. Imperial feminism assumes a unitary stance of structural misogyny for empire even though discrimination towards women is critiqued. As long as the visor is not explicitly multi-racial and multi-class it remains white and privileged. But anti-racist, anti-imperial feminism imagines beyond separation and singularity to an endless sense of variety and multiplicity of genders, and races and sexualities themselves.

Multiple realities exist for women of all colors today—and misogyny still exists alongside upward mobility for some particular women. Women as a class — this is still a structural deficit. Most women—especially women of color both here and across the globe are struggling against poverty, and for a living wage. It is the mixed realities that make present forms of patriarchy more complex and multiple. And Hillary? A woman without an inclusive anti-racist, anti-imperial feminist agenda cannot imagine or create the conditions for peace with justice. So she cannot make enough of a difference for most of us. 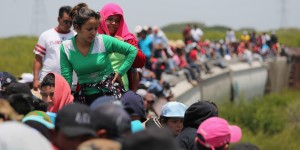 Critique the racist patriarchal capitalist and global market that turns 70 percent of women into migrants and refugees. Stand against the newest expressions of structural racism and misogyny across coalitions to save the planet and the rest of us. Begin to create the solidarity and trust that all of us need to end the misery that too many of us suffer daily. We can start here. 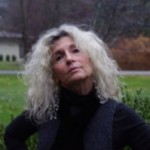