Personal is Political: On Institutional Abuse in Psychiatric Facilities (Part I) – The Feminist Wire

Home / Activism / Personal is Political: On Institutional Abuse in Psychiatric Facilities (Part I)

Personal is Political: On Institutional Abuse in Psychiatric Facilities (Part I)

My name is Guojun Susana Lee (all other names below have been changed), and I write as a witness to ongoing institutional abuse at a psychiatric hospital in east central Colorado, where I was involuntarily held in a lock-in unit from March 31 to April 1, 2014. Institutional abuse in psychiatric facilities is a profoundly isolating experience. This isolation is exacerbated by huge power differentials within locked units, societal stigma regarding individuals struggling with mental illness, and histories of trauma that have caused many patients to normalize mistreatment. 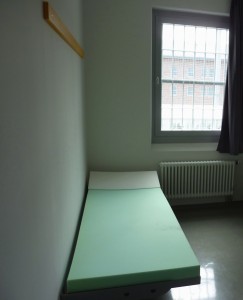 Upon my admission, the staff brought each of us to an empty room—save for a bare mattress in the center—and took away all our clothes and belongings, including wedding rings and items of spiritual meaning. We were then made to strip to our underwear during “skin checks” so that employees could document existing marks on our bodies and protect the institution from any accusations of harm. One of the employees felt my bra for wiring, even though I was obviously uncomfortable, and would have made me remove it had there been any. After my “skin-check,” I was assigned to Unit 500—a lock-in hallway with doubled-paned windows nailed shut and fully blinded from the outside. Once in the unit, other patients and I were forced to communicate by tapping repeatedly on a glass screen for basic requests, such as calls to loved ones, soap for bathing, blankets for warmth, and information about frightening side effects of the medication. Often, we were given dirty looks or blatantly ignored. I was not informed about the facilities’ rules or my rights. No papers were brought to me to sign or refuse until well into the following day. No one told me about visiting hours. I found out because I asked. No one told me how I could be reached from the outside. No one asked me for a list of people who were allowed to contact me, and I learned later that a relative had tried to call, only to be told by staff that I had failed to include her on my list.

My intake interview was, paradoxically, conducted only while the facility was processing my discharge. Yet, the facility had records about me somehow. These records indicated that I was 21 years of age when I was, in fact, 23. The records also mentioned psychotic auditory hallucinations when, in fact, I had none. Additionally, I was called “Savannah” throughout the duration of my stay, even though I informed the staff that my name is Susana many times. Along these lines, five employees asked me the same question within the span of a few hours, “What brought you here?” My experiences at the facility often left me with the impression that I was not being heard.

This was true from as early as my first night, when it took the entire night speaking with different employees before I was spared a single cookie and a small pack of animal crackers. Furthermore, since employees had taken all my clothes, I had to walk barefoot on the cold linoleum, shivering in a t-shirt from the facility. Several times during the night, I tapped on the glass and let the staff know that I was very cold and needed my clothes back. Employees promised they would return my things “after everyone has gone to bed,” but that didn’t happen until six in the morning. After a sleepless night, I requested my clothes again, very firmly, encouraged by thumbs-up from the other patients, some who had been made to wait as long as two days for the comfort of their own clothes. The nurse looked at me sternly, picked up a pair of scissors, and cut the strings from my sweater before returning the clothes, the rationale being that we might use any metal or string to harm or kill. The rest of my belongings were not inventoried and returned to me until my discharge. Patients more experienced with this negligence turned to hoarding blankets to avoid waiting for hours for employees to respond to their requests. After I also became more experienced, I once stopped a nurse from neglecting another patient’s request for a blanket by making the nurse aware that I had watched a fresh load being brought in. 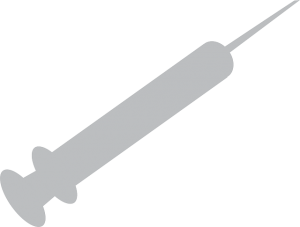 Most were dependent on the facility for psychotropic drugs that amplified their symptoms and added new ones; the patients were frightened, yet physically ill without the medication. They talked about feeling stoned, their minds going dark, nightmares becoming ten times worse, and feeling so jittery from withdrawal that they wanted to tear off their skin. One patient with a history of severe trauma reported being thrown into the quiet room and given “booty juice,” shots of psychotropic drugs, for no other reason than that she was weeping. Caught within the facility’s power differentials, Lena, could only joke about her experiences of being thrown into the quiet room and given “booty juice.” Other patients laughed along, uneasily, at similar memories, sometimes having been punished by a nurse who gossips about them to other patients. Other punishment included  the removal of mattresses  and smoke breaks from an entire ward, along with eliminating their brief and valued opportunities to step outdoors. I arrived voluntarily at the facility and realized, because of these problems and many others, that I was in a traumatic setting—physically, spiritually, and mentally. I told the nurses politely that I wished to leave, knowing this wasn’t the best environment for my health. This statement alone made me an “M1” patient on an involuntary 72-hour hold. It would take the opinions of three different psychiatrists—psychiatrists who, when they finally came, would interact with me for no more than five to ten minutes each—to break this hold. 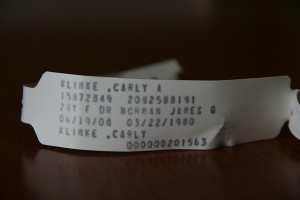 Our stories, identities, and needs were neglected even in the administrative details. For instance, Lena was undergoing her second institutionalization at the facility. Although she had been discharged before, the bracelet she was given for this second stay listed the same date of admission from her previous stay months prior, making it seem as though she had never left. Additionally, Lena’s patient profile, including her picture, had been erased due to a glitch in the system. Nobody amended this. Lena expressed a sense of having lost track of identity and time. Once, after a group session, Lena, asked if she could return her journal to her room, just a few feet away. The social worker refused. Lena, in a stroke of creativity, asked if she could then throw it down the hall, and surprisingly, the social worker agreed. Knowing the amount of heart Lena puts into her journal, I ached to watch it skidding across the floor. 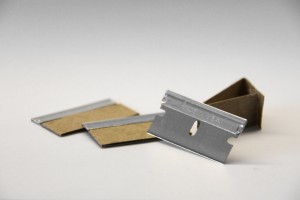 In-patients were also criminalized by the staff simply for being there. I found myself often accidentally referring to the staff as guards in my initial writings about my experiences. This was exacerbated by the fact that we were made to walk in a single-file line behind a social worker to and from the cafeteria and gym. Similarly, I remember asking a nurse why each unit could only have an hour of visiting time per day. She would not say anything to me beyond repeating that fact. Later, I found out that visitors and patients were only allowed to sit across the table from each other, and allowed no physical contact. These rules and others were justified with the most extreme stories, told and re-told, like the girl who smuggled in razor blades in her underwear and used them to cut herself or the visitor who gave drugs to a patient in a stick of deodorant.

It wasn’t long before I learned that tapping on the glass or sitting by the window for hours with a request was being framed in group sessions as “advocating” for oneself. Patients were encouraged to include advocacy of this kind in their daily goals, often by the very same employees who often ignored their efforts. For this reason, all of the patients I talked with about this had “given up.” It scared me how my own knocks on the glass grew hesitant as adjectives like “bothersome,” “spoiled,” “annoying,” and “demanding” intruded into my self-concept. Many patients felt that the scheduled groups were unhelpful, and told me about a social worker who merely copies notes from a piece of paper onto the whiteboard. Still, patients continued attending groups in the hope that it would increase their chances of getting out. Even the more engaging sessions usually ended with several patients passed out as a result of medication or fatigue. Exhausted from my first night, cold and without sleep, I could not fully process the two groups I attended. Although the material was useful, it took a full day and night after my discharge for me to remember that one of them was about communication styles. I do remember offering up the point, during another group, that no self-care technique would suffice if the individual’s environment remained traumatic, citing the facility as an example of a traumatic environment. This was largely ignored by the social workers. During that same session, a patient named Tracie suffered a panic attack because a tech walked in with needles. She was shaking and in tears, but no one paid any attention. I could only hold her hand. 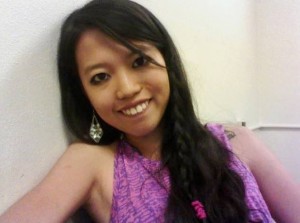 Guojun Susana Lee recently graduated from Colorado College with a degree in Critical Regional Studies and Psychoanalysis. She is proud to call northern New Mexico her home, and she continues to be involved in grassroots movements surrounding cultural literacy, social and environmental justice, and Indigenous medicine in the area. She is part of the Indigenous Alliance without Borders, based in Tucson, AZ. Singing, long redeeming walks, chile over runny yolk, poetry, and synesthesia are indispensable to her world. Guojun is in the middle of writing her first novel, Proof of Residence, and she dreams of becoming a midwife.