Excerpts from Damnation by Janice Lee – The Feminist Wire

Excerpts from Damnation by Janice Lee

Sometimes one willingly enters a dark and empty space, the creaking of the loose boards below, the phantom moonlight above.

· I had a dream that I was carrying a wounded deer in my arms. He lay there limp, depending on me completely and solely for the permission to go on living. Then I dropped him into the river. How can you forgive an act like that? Why were we only made to die?

The machinist stands outside his front door, his hand held outwards to feel the rain on his palm. In his other hand he holds a cigarette, pulls it up to his mouth, brings it back down again.

Another one of those wretched dogs wanders the roadside for scraps, probably looking for a place to hide from the rain as he is discovered by a neighbor and shooed away like a beast, its mangy fur after all, a sign of filth and ruin. He watches the dog approach a puddle to take a drink in the now-torrential rain. It is a pitiful effort perhaps, but an effort nonetheless.

The biggest mistake you can make is thinking that you’re better than him—he thinks—that you’re better off than that dog on the street. This, my friend, is the most dangerous thing you can convince yourself of.

He convinces himself that he won’t allow himself to make such a mistake, that, through the indetermination of the rain, he understands what it means to repeat oneself, to enforce a vulnerability, to double back on a path and find oneself back at a familiar crossroads and to head down the same path like a horse following the carrot hanging above his nose.

She sits, scrubbing herself in the bathtub while he sits in a chair, watching her silently, the fitful lamp watching them, a colder, deeper night than before. He is nervous. He’s always nervous.

Especially today, thinking on something he will not have, unable to write a song on it, a newer tone might be needed. He can barely hold the cigarette steady and is aware that he’s getting ash all over his chest. It doesn’t burn and the ash just lies there, nestled in between the patches of hair on his chest, ash cattle grazing on a grassy earth. There are so many little dyings in life, none of which are named death. After awhile it doesn’t matter. One little dying: he deposits a larger than average packet of hot ash onto his chest, a barren part where there is no hair. It burns this time, but he can’t take his eyes off of her, unfaltering, won’t let himself come into crying. Sometimes we need to be quiet on our sorrow and just listen to the clamor of the grass and the water and the hungry dogs.

He had spent the time to shave closely and carefully before coming over. His life after all, depended on it. He had nothing else to show for himself but a good, close shave, so that she could be comforted when she ran her hand along his cheek and know that he had done at least this one thing right.

He had waited outside her building for her to come home. She had turned him away, like a dog. Like a dog! And he had persisted.

Because she was the only one that knew the road out of this miserable mud hole, and without her he didn’t know how to leave nor did he have the will to. Desire itself only resurfaced with her. She had listened, and her ego perhaps, had gotten the better of her. But she had held the door open for him, an invitation to come inside: another day, another act. Once more.

She is scrubbing herself everywhere now, under her arms, her shoulders, between her legs. She scrubs harder and harder, her movements more urgent, panicked. He is not knelt above her but very far away, just watching. He does not know what to do.

· What, what? What are you trying to scrub off?

She wraps her mother’s nice shawl over her shoulders. This makes her feel rich and powerful. She runs her fingers across the fabric, smiles, whispers to herself, “You look nice today.” She looks up to see the cat looking up at her, those bold eyes, the immensity of its stare. How dare you, she is compelled to think, surprises herself with her own balled flame coming alive and bursting out of her chest. Is this what power feels like? She sits down on the ground, picks up the cat and puts it in her lap, and stares up at the sky while slowly and purposefully stroking the cat. The clouds are all bunched up, making odd shapes that overlap and meet and seem to be gathering quickly above the town. She thinks she can make out a dark angel caught in the sky, flailing its arms to escape the confines of the weather, the heavens, its eyes meet hers, she stares back coldly and the wind starts to howl around them. It’s going to start raining again. She starts to hum a song her mother used to sing at night, hums for a few seconds before the cat jumps out of her lap and darts off into the barn.

The girl wraps the shawl tightly around her shoulders as she starts to feel the chill, saunters into the barn after the cat. We can hear the cat meowing in fear but we can not see it. Our eyes adjust to the darkness slowly. Inside, it seems like we’re sheltered from the noise of the incessant rain, but then the other noises manifest more sharply. You must remain in the present. And the noises travel through different contemplative forks, in a space with no words, only gestures and meowing, and mouths that open and close without speaking. An endless silence. There is noise, but we can ignore that now. Without the rain, we can focus. She can remember the multitude of times that she was brought down by her mother, sisters, teacher. She can remember how it felt like to stand there quietly, solemnly, eyes pointed towards the floor, and the adults pecking away at her body, she using the entirety of her will to keep from flinching, to keep from crying. Their cavernous faces would engulf her and she would still refuse to close her eyes, refuse to live in darkness. And then the grief she saved for herself would vanish. The vultures circled but didn’t come down to perch. There were repeated abuses but she no longer felt sad for herself. The sadness, mixed with the rain, perhaps rusted around her exterior, like a hard metal coffin that held her not-quite dead body but also served as her defensive wall from the misery and suffering of the world. The stasis of emotion is taxing though, to maintain that kind of unfriendly expression constantly, to not be bothered by the mean words aimed at her heart. She wanted to feel something now, even if to rid her tomb of the weeds that had grown so tall she could no longer look out on the world to see the horrors, to let the horrors affect her, to cry. She didn’t know how to be let down anymore. There is no bottom below another bottom. So then, she wanted to be lifted up to be able to feel disappointment.

The cat was still meowing. And the meowing was terrible. She couldn’t stand it. Couldn’t it do anything besides make that little noise and tremble in the corner like a coward? Why didn’t it do anything for itself? She walked over to the cat and picked it up again. It was shaking but it also wouldn’t run. It recognized the unpredictable colors in her eyes and it might protest a little but couldn’t foresee more than a few seconds (the animals can some-times see into the future, but not by much). She saw that the cat reminded her of her own stupid self. It was “vulnerable” and “pitiful” and “disgusting.” She wanted to punish it.

She refused to indulge in any sentimental nostalgia for such a stupid cat. This was what had to be done. She needed to cry. It was raining outside and she needed to cry and then she would join the angel in punishing all the vultures pecking at people’s eyes. She would, she would.

Excerpts from Damnation by Janice Lee 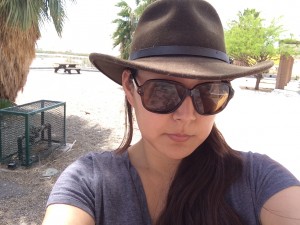 Janice Lee is the author of KEROTAKIS (Dog Horn Press, 2010), Daughter (Jaded Ibis, 2011), and Damnation (Penny-Ante Editions, 2013). She is Co-Editor of [out of nothing], Reviews Editor at HTMLGIANT, Editor of the new #RECURRENT Novel Series for Jaded Ibis Press, Executive Editor at Entropy, and Founder/CEO of POTG Design. She can be found online at http://janicel.com.